Bombora Wave Power (Bombora) is entering the final test and assembly phase of the ground-breaking 1.5MW Pembrokeshire Demonstration Project, as it prepares to validate the powerful Wave Energy Converter. Rigorous testing of the key sub-systems is currently underway as the ocean energy specialist prepares to deliver the £20million project, financially supported by the European Regional Development Fund (ERDF) via the Welsh Government.
The cell modules, a key element of the firm's 'membrane-based' WEC system, mWave, are now being operated through their final round of design limit testing, before being fitted into the steel foundation structure in Pembroke Dock.
Bombora's COO, Dave Rigg said the pioneering project has rapidly gathered momentum in 2022 and the team will soon be ready to fully energise the 1.5MW mWave in the ocean waves off the Pembrokeshire coastline. "This is a really exciting phase as we gear up to deploy the world's most powerful Wave Energy Converter," he said. "The project has been progressing at pace, with our specialist mWave cell membranes currently undergoing final tests, with extreme inflation and deflation cycles. This is the culmination of the full-system testing process involving detailed instrumentation, operation of the valve systems and powering of the PTO (Power Take Off) module. We have applied acute attention to detail, pushing our technology way beyond the expected operational limits to ensure high performance levels, robustness and durability. In the coming months we will complete the final assembly process on the quayside in Pembroke Dock before loadout to the operational site at East Pickard Bay, where the mWave technology will be validated in the open ocean, advancing it to TRL (Technology Readiness Level) 7/8."
Bombora's novel mWave solution involves a series of air-inflated concave cells covered with rubber membranes and mounted into a steel foundation structure secured beneath the ocean's surface. As waves pass overhead, air is squeezed out of each cell module in sequence, passing through one-way valves and into a duct system fitted with an axial turbine before being recirculated to refill each of the cell modules once the wave has passed. The unidirectional axial flow turbine is directly connected to a variable-speed generator to produce electricity.
The 900 tonne 1.5MW mWave is 75 metres long, 15 metres wide and 6 metres high. mWave cell modules can be configured to suit either fixed-bed nearshore foundation systems or floating offshore ocean environments. Bombora Managing Director Sam Leighton said the landmark project is pushing the boundaries of science and engineering, and will help accelerate the energy transition on route to a net zero future.
"The Pembrokeshire Demonstration Project aims to provide a blueprint for future multi-megawatt wave energy projects," he said. "It will play a crucial role proving both the reliability and competitiveness of our novel mWave technology. Importantly, it will also deliver key optimisation data to inform Bombora's other world-leading initiatives including the InSPIRE Project, which is under development with global EPC contractor, TechnipFMC. This project aims to unlock the enormous potential of hybrid floating wind and wave arrays, which could play a significant role in the future energy transition - delivering a more consistent and stable clean energy supply by combining complementary power profiles."
The Pembrokeshire Demonstration Project will push the South Wales region into the global wave energy race, with plans to establish a sustainable industry engaging local supply chain partners and creating highly skilled employment opportunities. 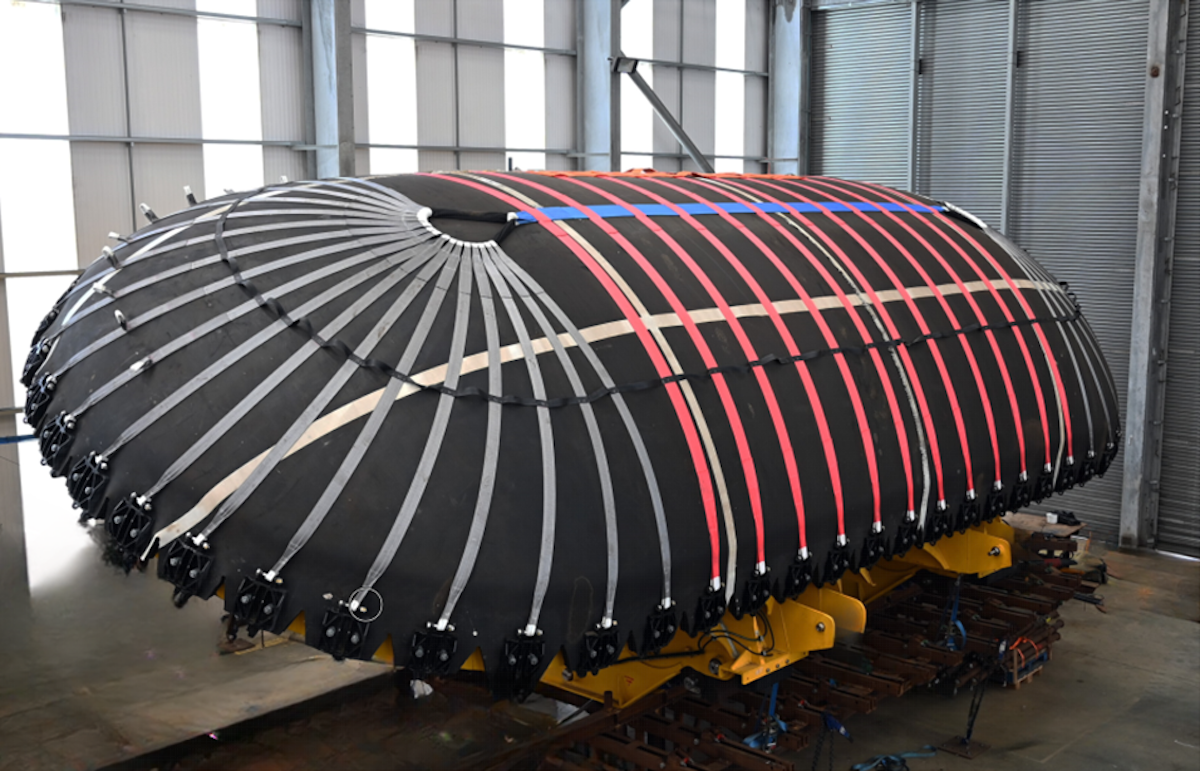