TwingTec in Switzerland is developing the next generation of wind energy technology: TwingPower. By using a Twing, short for tethered wing, wind energy up to 300 meters above the ground can be efficiently harnessed. No tower or foundation is required, so more than 90% of the material of a conventional wind turbine can be saved. A unique launching and landing solution using on-board propulsion has been demonstrated that enables a compact and mobile system to be realized. The culmination of more than 5 years of R&D in leading academic and research institutes in Switzerland, TwingPower offers a flexible and scalable mobile wind energy system for off-grid power supply applications.
The company has introduced the TT100, a containerized mobile wind energy system, aimed at harnessing wind energy in remote, hard to reach areas in combination with a diesel generator or other off-grid power source. Fully autonomous and easily deployed, the TT100 offers significant diesel savings as well as uninterruptible power supply (UPS) functionality.
Mobile renewable energy
In comparison to other renewable energy systems, the TT100 is very compact and can be easily transported and installed without any special equipment. This is a major advantage for remote sites with difficult access or temporary applications. 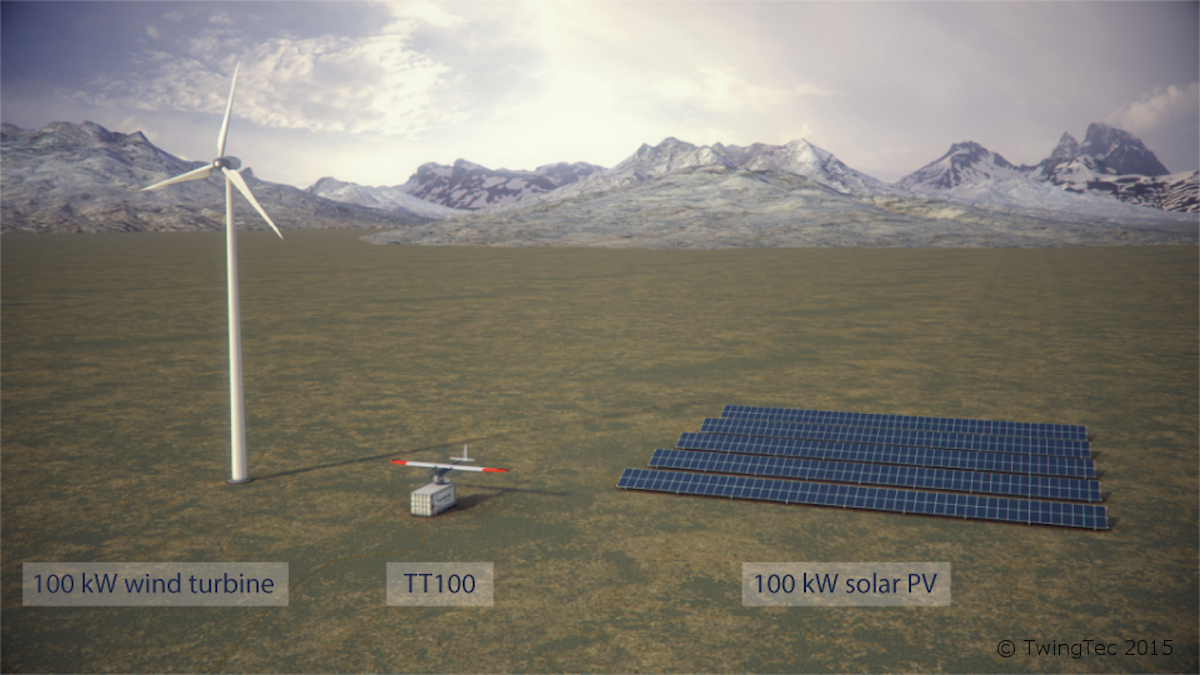 Fully autonomous operation
When the wind picks up, the 30 m2 Twing (short for tethered wing) automatically launches using small propellers integrated into the wing. Mechanical power is generated by flying autonomously controlled cycles and is transformed into electrical energy using a ground-based generator. The flight includes 2 phases. During the power phase the Twing flies crosswind figures of eight, pulling on the tethers which spin a drum connected to a generator. Having reached a maximum altitude, the Twing is depowered and reeled in with minimal energy. After this retraction phase a new power phase can start. The TT100 can supply up to 100 kW of electrical power. If the load is higher or the wind is insufficient, a fuel based generator can be used to make up the difference. A battery system can also be integrated to continue to supply loads without needing to restart the fuel generator. 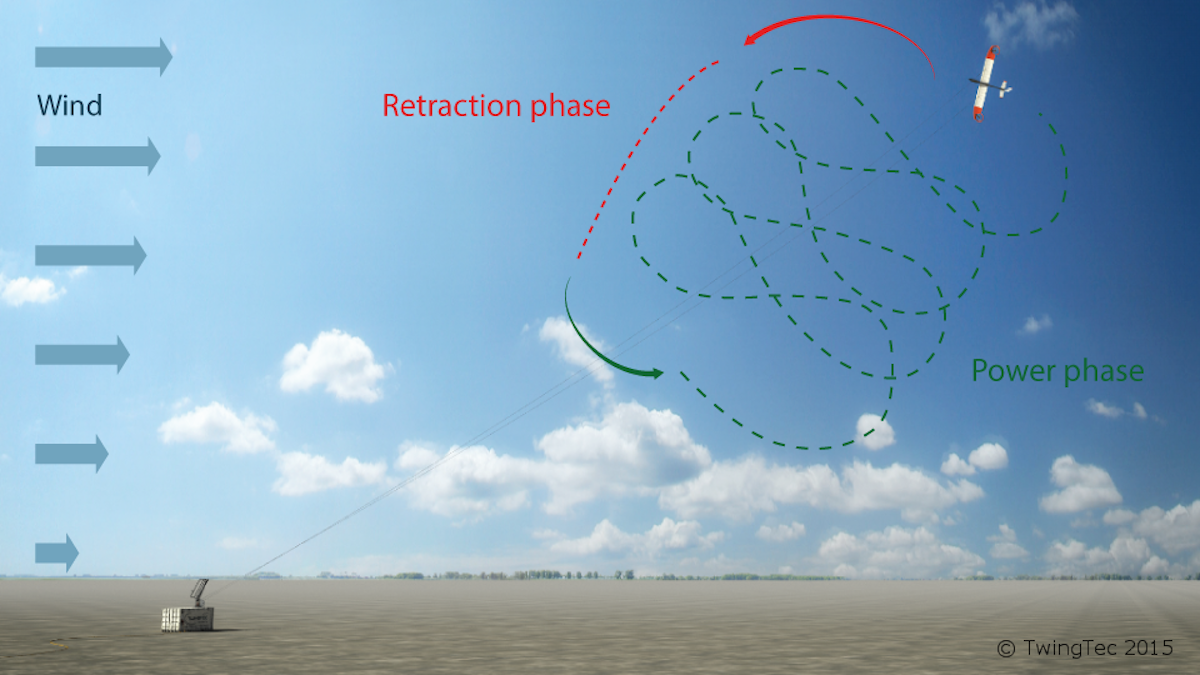 Economical and scalable
A single TT100 can displace 100,000 liters of diesel and 240 tons of CO2 per year. Depending on the cost of diesel, the system can pay off in 3 years. A number of TT100s can be setup next to each other and operated in parallel to supply larger power demands. By flying tightly controlled trajectories, the spacing between units can be minimized, allowing for a mobile wind farm with minimal dimensions to be realized.