Energy harvesting and energy scavenging are terms that are usually used to refer to conversion of ambient energy to electricity to drive small electrical and electronic devices, making them self sufficient, often for decades. At the other extreme is provision of grid electricity from renewable sources. Somewhere in between we have autonomous robots. These need enduring motive power that is not usually associated with the term energy harvesting and power for sensors and so on that is more to do with energy harvesting. However, these needs merge as we progress to small robots.

Do you know your AUVs from your UAVs? At the US Navy NAVSEA Center they are developing self-powered robot jellyfish for "listening". We asked whether these jellyfish sting curious Russians but they were tight lipped on that.
Of course, more conventional Autonomous Underwater Vehicles AUVs that look like torpedoes have been roaming the oceans for some time doing military surveillance or underwater meteorology depending who owns them. Typically they come to the surface to recharge their batteries using photovoltaics or wave power but there are many other options. For example, the AUV could anchor on the bottom and garner energy using a "Piezo Eel "of Ocean Power Technologies which is like an underwater flag of piezoelectric plastic such as polyvinylidene difluoride PVDF that flaps in the tide.
"Piezo Eel" 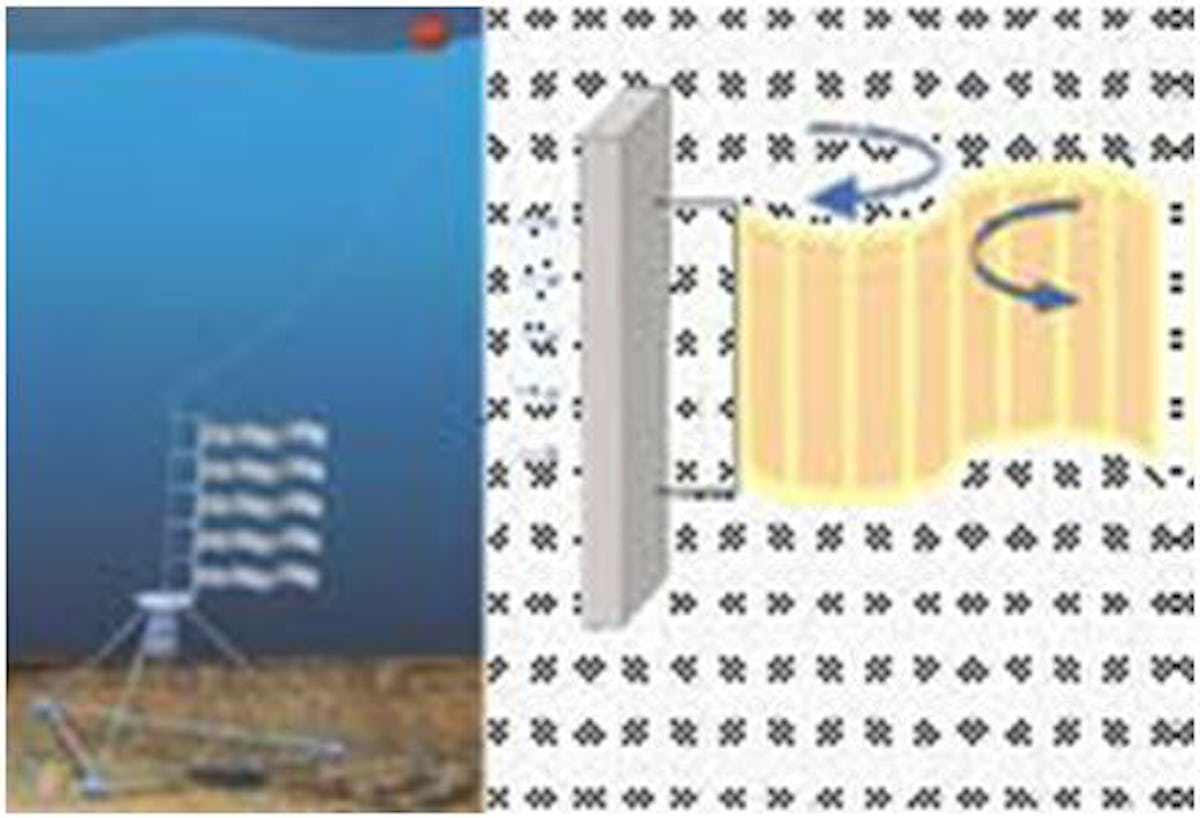 Source: Ocean Power Technologies
More energy is produced by inorganic piezoelectrics such as barium titanate, so Tokyo University in Japan is progressing this idea using a rigid flapping sheet "behind a bluff object" underwater. Readers will think of other options, though vibration harvesting from a passing whale or ship is probably unrealistic. Certainly self tuning, adaptable waterproof vibration harvesters are tough to find, whether electrodynamic or piezoelectric and it is difficult to see a place for thermoelectric here. Which brings us to Unmanned Aerial Vehicles UAVs. 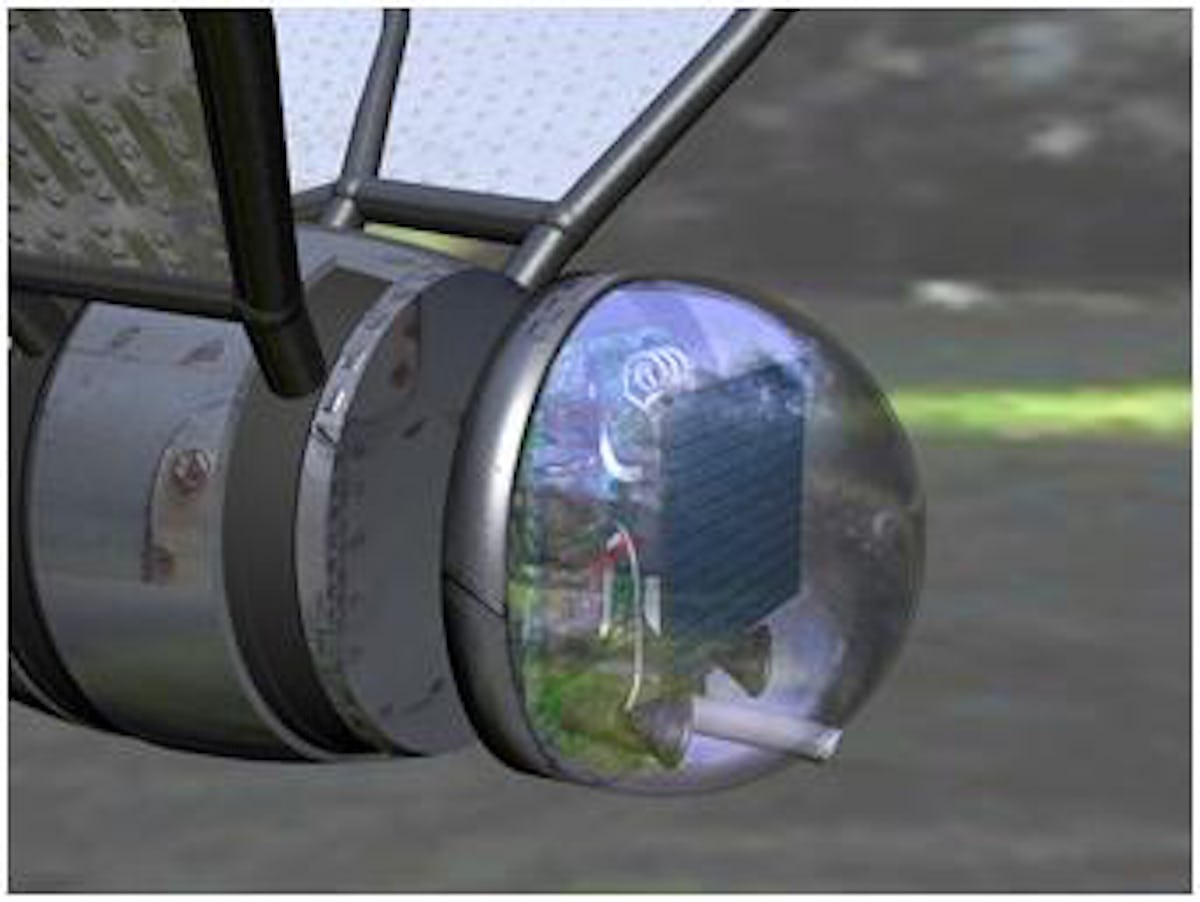 Source: University of Michigan
Tiny cameras will provide stereo vision, an array of mini microphones may home in on sounds from different directions, and small detectors may seek nuclear radiation and poisonous gases. Low-power miniaturized radar and a very sensitive navigation system will probably be employed to help the bat find its way at night. Reports talk of energy scavenging from solar, wind, vibration and other sources recharging the bat's lithium battery but the extreme requirements of light weight will narrow down that choice a great deal, almost certainly excluding electrodynamics for a start and probably leading to MEMS with sensing in them for the electronics. The aircraft will radio signals back to troops. That could all lead to civilian use in disaster monitoring and control in our opinion. Meanwhile, police are planning to acquire Taser-firing robot helicopters.

In Iraq, three SWORDS robotic vehicles were tested carrying machine guns then abruptly withdrawn, according to the press. Robot sentries routinely patrol the borders of Israel and South Korea. Robot vehicles routinely defuse bombs and detect landmines and others are currently being prepared for deployment deep into enemy territory.
More benignly, but still rather disturbingly, robots for feeding and bathing the elderly are well advanced in Japan and South Korea and, in Japan, there is a small domestic robot pet for the elderly. It telephones for help if it is not spoken to for a predefined interval because it is presumed that the old person has a problem. George Orwell would be proud. Perhaps we should not dwell on reports that robots will enter buildings through chimneys and pipes to listen, photograph and even overwhelm suspects. There are many opportunities for sale of energy harvesting devices in the edgy world of autonomous robots before we get to make ones that swim around inside us.
Top Image: Robotic bat. (Source: University of Michigan)
For more attend: Energy Harvesting and Storage Europe 2009
Also read: Energy Harvesting and Storage for Electronic Devices 2009-2019