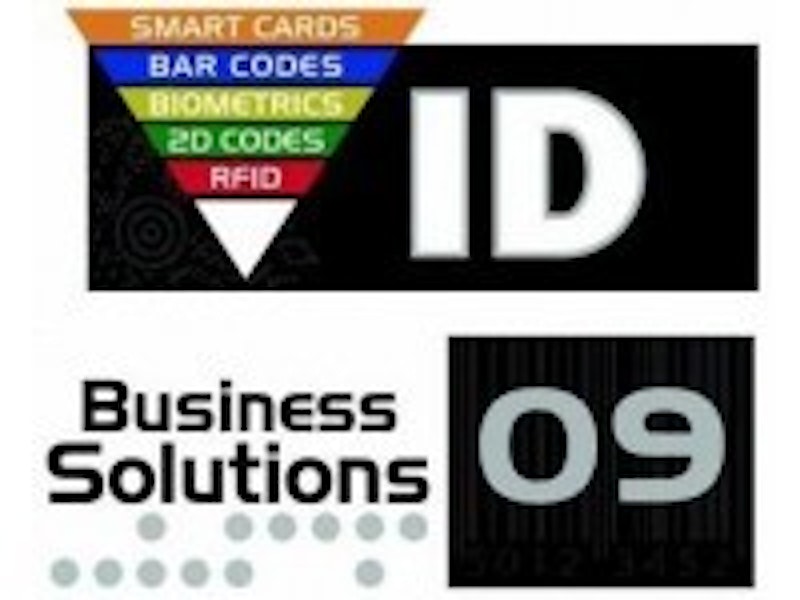 IDTechEx was recently asked to present at the new ID09 conference, held at the historic Royal Armouries in Leeds, England. This inaugural event was organised by AIDC - the European Centre of Excellence for Automatic Identification and Data Capture. Below are the highlights of the event, it covered work on wireless sensor networks by several companies. IDTechEx believes that about 90% of planned applications of WSN will be impossible without energy harvesting. There is also interest in energy harvesting for other forms of active RFID such as Real Time Locating Systems RTLS and for RFID readers.

Prof Tony Furness described CASAGRAS, an EU 7th Framework project for which AIDC is providing the Co-ordinator and Chief Technology Officer. CASAGRAS stands for "Co-ordination and Support Action for Global RFID-related Activities and Standardisation". The other partners are a distinguished group of international organisations: ETRI (Electronics and Telecommunication Research Institute) of Korea, YRP Ubiquitous Networking Laboratory, Tokyo, Supply Chain Innovation Centre, Hong Kong, Feig Electronic GmbH, Germany, QED Systems, USA, ETSI, Praxis Consultants, UK, RFIP Ltd, UK.
The objective of CASAGRAS is to develop an inclusive model of the Internet of Things, the main drive having been to bring in China, Japan and Korea. As IDTechEx has been saying for some time, the work going on in these countries, such as USN in Korea, is world leading, so it is very helpful to have their participation in this European project. A series of meetings and work packages are well under way and Prof Furness encouraged conference delegates and other interested parties to get involved.

Jennic is a fabless semiconductor company, based in Sheffield, England, specialising in wireless microcontroller and network stack products. Colin has spoken at IDTechEx events in the past. He described the progress of standards in Wireless Sensor Networks, particularly ZigBee and 6LoWPAN, which are enabling market growth, and he encouraged interested parties to collaborate to offer solutions. These include home control systems, security monitoring and home medical monitoring.
Colin described the difference between tree and mesh networks, and gave a summary of progress in the standards. ZigBee is rather well known, but 6LoWPAN is less so. This adds WSN to the family of IP based standards by transporting IPv6 packets over WSN using IEEE802.15.4 MAC/PHY. He described ZigBeef - a long range cattle RFID system.

Prof Hu described drivers for the future internet. He painted a vision of the "Network of the Future", unifying the IT and telecom worlds. He went into great detail about the way networks are evolving, before settling on SOA - Service Oriented Architecture. He looked at the principles and benefits of SOA which, according to the ITU, is defined as "A software architecture of services, policies, practices and frameworks, in which components can be reused and repurposed rapidly in order to achieve shared and new functionality."

Safer Europe is a company specialising in document identity and security, using special analysis of the layouts of documents. Using these techniques it is possible to determine whether a secure document has been accessed or tampered with. Forensic techniques are available, and Mark described the management process for handling such documents. Standards have been developed and more are in progress.

4N6 is a provider of forensic laboratory services and management solutions to the crime investigation community, based in York, England. He described how much money is spent by prosecutions producing forensic evidence and by defence counsels challenging the same evidence. Usually the challenge is not to the evidence itself, but to the chain of custody of the evidence. Cases can be lost when it is not possible to assure the whereabouts of evidence for as little as two hours. Over the next couple of years 4N6, along with AIDC is going to work with the AIDC industry to develop solutions and best practices for the handling and tracking of forensic evidence. A special conference on the subject will be held in Autumn 2009.

Prof Osman described the resurgence of 2D barcodes, which are seeing increased use where data capacity and small physical size are constraints. He compared the technology to contactless smart cards and stressed that they are complementary rather than competitive. In the near future, NFC mobile phones will be available with inbuilt cameras, so they will be able to act as 2D barcode readers and connect to the internet. This, he believes, will open up the possibility of many innovative new applications.

Prof Austin described the latest developments in 3D Face Recognition. He said that Cybula is working on the world's first 3D recognition system at a distance in all lighting conditions. Face recognition is a favoured technique for identification, particularly where surveillance is being carried out and there is a requirement to recognise individuals at a range of over 2m in all lighting conditions. Differences in lighting conditions are the greatest weakness of 2D face recognition systems. 3D also has advantages in hostile environments and with special groups such as disabled users. It's now all down to cost and availability.

Simon Fance of the University of Kent also spoke on behalf of the UK Biometric Institute. He gave an overview of the reasons for using biometrics and what the Institute's role was in encouraging good practice in the industry. It aims to stimulate the use of Biometrics by facilitating knowledge transfer and encouraging stakeholders to work together. He projected that global Biometrics expenditure is set to rise from €3bn in 2008 to €7.8bn in 2014.

Martin George continued the Biometric theme, making the point that it is not necessary to disclose identity in order to use Biometrics. He described case studies in education in the UK, benefit entitlement in Andhra Pradesh, India, and border control in UAE.

John Elliott talked about the coming world of NFC (Near Field Communications) on mobile phones, a subject they are working with the UK's Department for Transport to study. He stressed the ease of use of NFC, and the fact that the keyboard and screen of a mobile phone transforms its usability compared to a contactless card. He emphasised that Public Transport is a critical application, and predicted that this will drive substantial NFC use in the future.

Trevor Crotch-Harvey reviewed RFID applications which are benefiting the environment. He said that there were a surprising number of these, ranging from reducing congestion at Charles de Gaulle Airport in Paris, to tracking the impact of power plants in the US on salmon runs, to maintaining a census of marine life in the Pacific Ocean, and disposing of waste safely and efficiently. A full description of this presentation is available from tch@idtechex.com.

Jon Hall gave a very detailed exposition of the use of AIDC technologies in the supply chain, and in warehouses in particular. He talked about the "Wide Area Warehouse", and what could be done to make the supply chain more efficient - he emphasised this is through processes rather than technology and he advocates using a variety of technologies in combination. He said that hand held terminal costs have reduced from £2750 to £1200, with 10 times the quantity sold and massively increased functionality. There is the possibility of using OLED technology to for instance wrap displays around arms.

Intellident is an experienced RFID and barcode system integrator and David Read described some of their case studies. In particular, he talked about a system Intellident has deployed with Honda UK. This is an RFID warehouse scheme, including antennas which are rugged and easily repairable, which is necessary because they are frequently damaged by fork lift drivers. Automation is key and Honda (as well as another of their clients Marks & Spencer) has a very green approach.

Conn Crawford described some of the services Local Authorities in the UK are required to provide, and the external pressures that create challenges to providing these services. Sunderland Council is a pioneer in the use of smart cards for citizens and tags for things, and Conn gave an overview of the system needs which need to be in place to ensure secure identity, entitlement, inclusion and trust.

Jeremy Acklam presented a vision of how smart ticketing using contactless cards can help improve the public transport experience for passengers and contribute to the government achieving its CO2 targets. He described how ITSO, the UK standard for smart ticketing, works and commented on the lessons learned from the Oyster card project in London. He said that what is needed now is a Government vision for public and private partnership; this is expected to be explained in a UK Government strategy document due to be published shortly.

Tony Brown talked about the demands on Hampshire County Council's Highways Department to manage the thousands of assets distributed around the county - for instance, 96,000 road signs. Each asset must be inspected at regular intervals to ensure it is working correctly and this is very resource hungry. Accordingly, HCC is piloting schemes to collect data on assets (and road conditions) using technology. RFID is part of this solution and Tony stressed that, done properly, it is a huge investment but will be crucial to the county's decision making and planning.

Michael Smythe continued the asset tracking theme. His company, Core RFID, has provided the systems to manage bus information display systems for Hampshire County Council. This system uses RFID to monitor the status of the bus systems, in order to avoid costly visits to inspect and lengthy delays to maintenance. It is envisaged the system will roll out to other assets.

Ian Pattison gave a detailed review of the state of play of different biometric technologies, then went on to discuss how to develop ROI's for RFID systems. His key themes were that spreadsheets aren't enough (qualitative factors need to be included), and propositions should focus on efficiency (such as reducing errors and losses), customer benefits (such as patient safety), and security (people and assets). Online calculators are available.
Top Image Source: Alliance Group
For more attend:
Energy Harvesting and Storage Europe 2009
Also read:
Energy Harvesting and Storage for Electronic Devices 2009-2019
Wireless Sensor Networks 2009-2019
Real Time Locating Systems 2008-2018
RFID Forecasts, Players and Opportunities 2009-2019