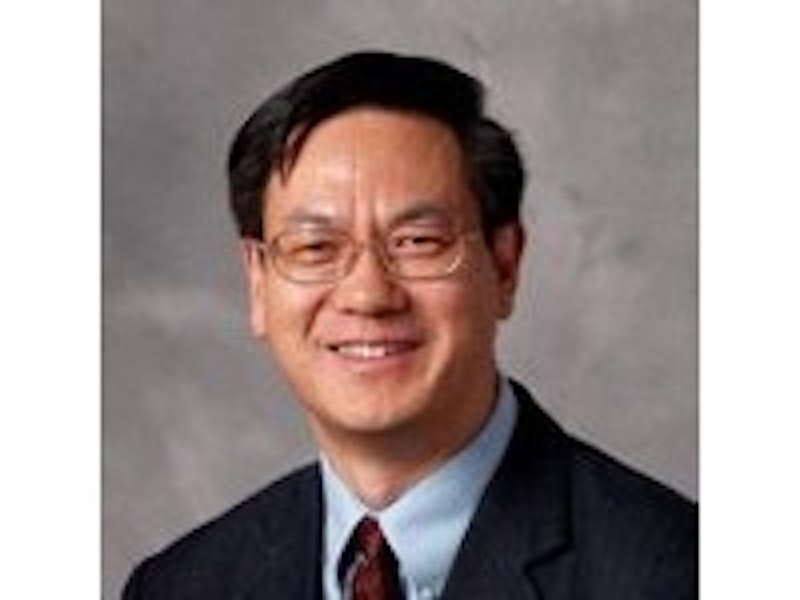 Professor Zhong Lin Wang has demonstrated energy harvesters based on Zinc Oxide (ZnO) nanowires. ZnO is a semiconductor and it can be grown in the form of vertical "wires" onto many different surfaces. Professor Wang and his team at the Center for Nanostructure Characterization, Georgia Institute of Technology, have demonstrated that using a second conductive fiber to brush over the ZnO wire causes the wire to mechanically bend, whereby the mechanical stress of the wire is converted into electrical energy. The device acts as a piezo electric nanogenerator, taking advantage of the unique coupled piezoelectric semiconducting properties of zinc oxide nanostructures, which produce small electrical charges when they are flexed. This has been demonstrated with both n type and p type nanowires.
The single wire model was then developed so that over a small surface area there were thousands of wires, with an array of tips above them which brush over them. Those making contact with each single wire produce electricity. Over such a device which is 6 mm square, a current of 800 nA and a voltage of 20mV was produced. Each layer can be stacked, and so far a stack of four such layers has been demonstrated producing 62 mV.
Microscope image shows the fibers that are part of the microfiber nanogenerator. The top one is coated with gold 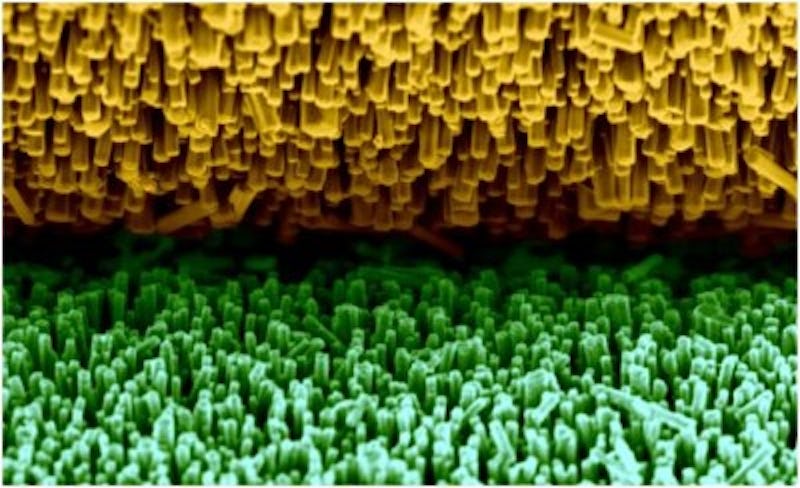 Source: Georgia Institute of Technology
Professor Wang and his group are working on integrating these energy harvesters into a range of applications. One interesting idea they are working on is energy harvesting textiles. They have taken Kevlar textile fibers, which are similar in width to a human air, and grown ZnO nanowires on their surface using a chemical reaction. On another fibre they grow another set of fibers. When these are in contact, such as by twisting them together, movement of the fibers cause power generation. This way, they demonstrated a voltage of 3mV in two fibers that were a centimetre long but by having many together the power produced would add up. Wang estimates that a square meter of fabric made from the special fibers could theoretically generate as much as 80 milliwatts of power. Clothing made out of this could generate power for portable devices based on the movement of the person wearing it.
Schematic shows how pairs of fibers would generate electrical current. 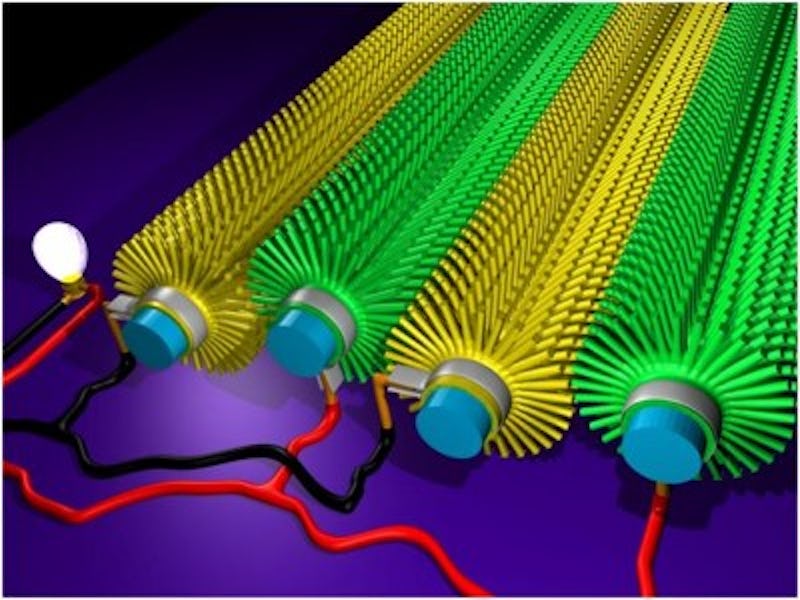 Source: Georgia Institute of Technology
Professor Wang is now also addressing hybrid energy harvesting, such as by combining the ZnO piezo electric nano-generators with a photovoltaic cell.
The wires have been demonstrated to be very resilient, being able to bend 90 degrees many times without failure.
For more information see http://www.gatech.edu/newsroom/release.html?id=1715.
Top image Zhong Lin Wang. Source Georgia Intitute of Technology
Also attend: Energy Harvesting and Storage Europe 2009
And read: Energy Harvesting and Storage for Electronic Devices 2009-2019