Lighter windmills thanks to superconductivity 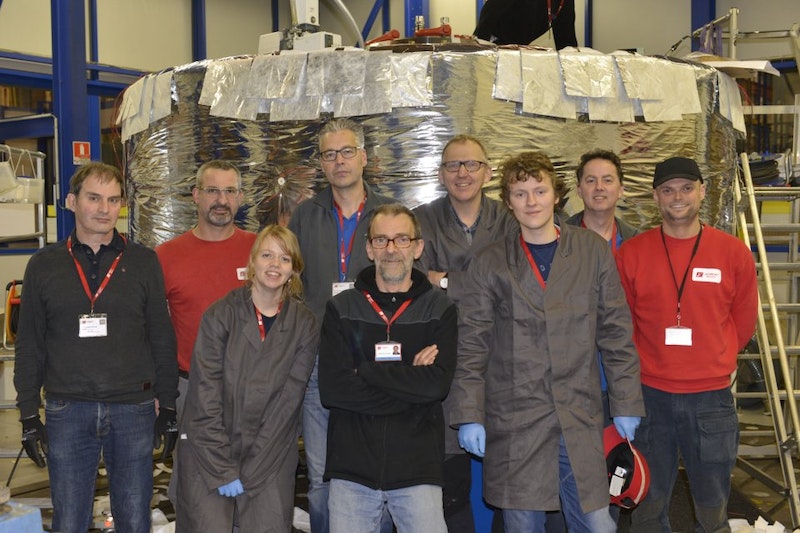 It is a windmill on the Danish coast at Thyborøn that is the world's first: recently the conventional electrical generator, with permanent magnets, was replaced by one with superconductors. As a result, the weight and size of the new generator significantly reduced while at the same time, it is capable of delivering the same output power. Another advantage is the minimal use of rare earth metals. Researchers of the University of Twente took an important part in the development and testing of the superconducting generator, within the European EcoSwing project. For more information see the IDTechEx report on Energy Harvesting Microwatt to Megawatt 2019-2029.
The superconductors replace the bulky and heavy magnets inside a conventional generator. Just like in a bicycle dynamo, these magnets turn around inside coils that transform the magnetic power into electricity. Instead of using permanent magnets, it is also possible to make magnets of superconducting coils: they are lighter, compact and make very little use of rare earth materials, like neodymium needed for permanent magnets. The lighter generator has an effect on the windmill construction as a whole: the tower construction can be lighter, while the smaller diameter makes road transport less complicated.
Superconductors conduct current without electrical resistance. This property makes it possible to conduct very large currents and generate high magnetic fields. For reaching superconductivity, the material has to be cooled. In the new rotor, the magnets are made of superconducting tape: this has a flexible support made of steel, on which a thin layer of superconducting material is deposited. This tape typically was something that could be produced in small quantities in the lab, but in the meantime it is available at kilometers at a time. Compact cryocoolers turn around with the rotor, cooling it to minus 240 degrees Celsius.
"In the EcoSwing project we are involved in 'everything that is cold'", says Marc Dhallé. "From testing the tapes and inductors to finding the best cooling method and assembly of the rotor". Dhallé is a researcher of the Energy, Materials and Systems group of the University of Twente. This group collaborated with TNO, with Boessenkool Machinery in Almelo and several other Dutch companies. On the total project budget of 13 million euros for EcoSwing, 2 million went to Twente.
After extensive lab testing for two years, all efforts came together in the past weeks. The generator, four meter in diameter - which is 1,5 meter less than a conventional one -, was shipped to Denmark after ground tests by the Fraunhofer Institut für Windenergie und Energiesysteme in Bremerhaven. In one of Envision's large windmills (diameter of the blades 128 meter, tower height 88 meter, power 3,6 MW), the conventional wind turbine generator has been replaced. The coming period will be decisive: will the superconducting generator perform well and deliver the same output as the conventional one, under the harsh circumstances at the North Sea coast?
Source and top image: University of Twente

Why Are We Still Talking About Hydrogen Economy and Fuel Cells?
Using the Shadow Effect to Generate Electricity
Plant Biomass Waste for Self Powered Biomedical Devices
Renewables Increasingly Beat Even Cheapest Coal Competitors on Cost