GreenPix is a groundbreaking project where sustainable and digital media technology is applied to the curtain wall of Xicui entertainment complex in Beijing, near the site of the 2008 Olympic Games. Featuring one of the largest color LED displays worldwide and the first photovoltaic system integrated into a glass curtain wall in China, the building performs as a self-sufficient organic system, harvesting solar energy by day and using it to illuminate the screen after dark, mirroring a day's climatic cycle.
The project was designed and implemented by Simone Giostra & Partners, based in New York, with lighting design and façade engineering by Arup in London and Beijing. With the support of German manufacturers Schueco and SunWays, Giostra and Arup developed a new technology for laminating photovoltaic cells in a glass curtain wall and oversaw the production of the first glass solar panels by Chinese manufacturer SunTech. The polycrystalline photovoltaic cells are laminated within the glass of the curtain wall and placed with changing density on the entire building's skin. The density pattern increases the building's performance, allowing natural light when required by interior program, while reducing heat gain and transforming excessive solar radiation into energy for the media wall. GreenPix comprises 2,292 color (RGB) LED's light points comparable to a 2.200 m2 monitor screen for dynamic content display. 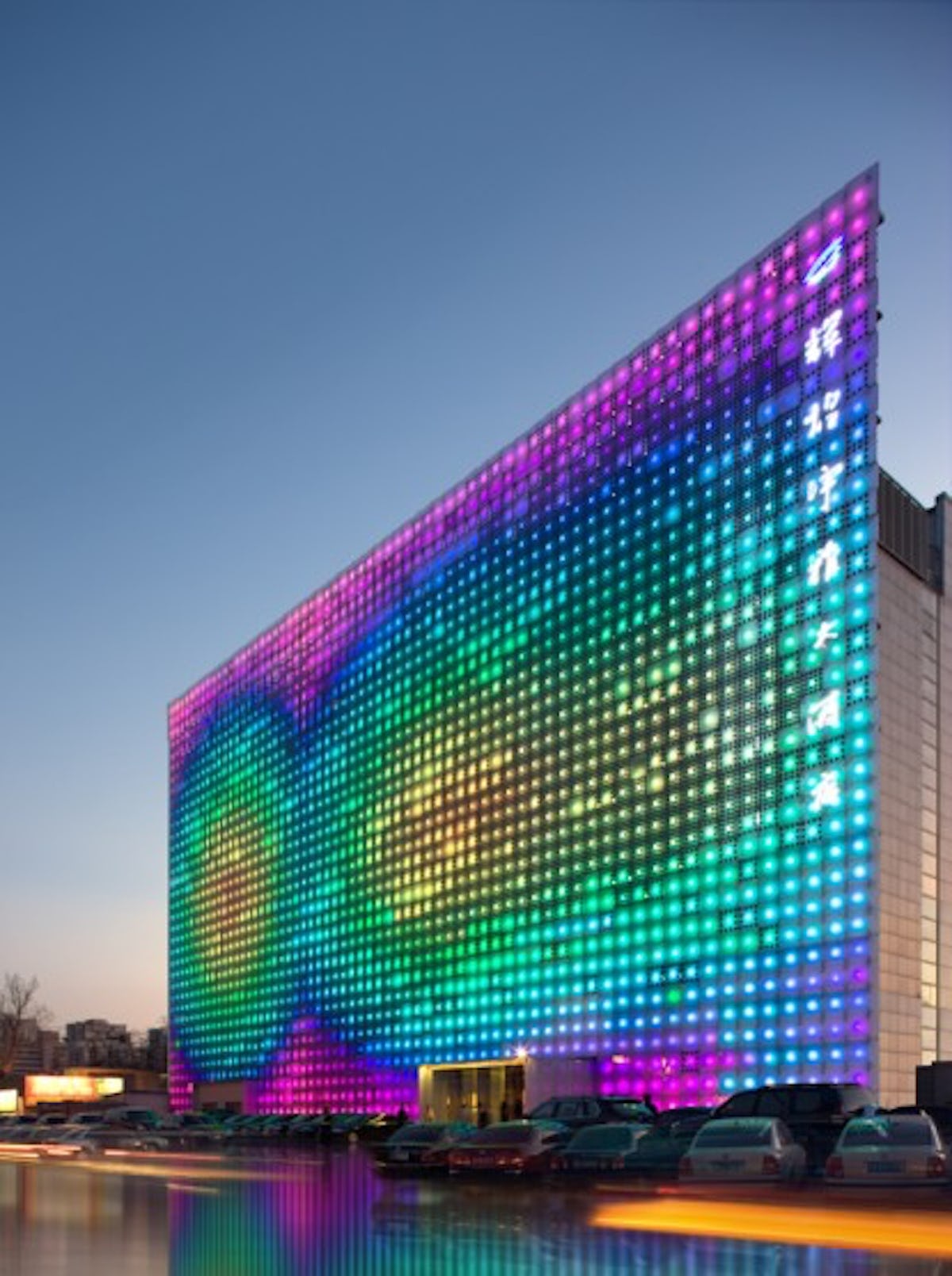 Source: SimoneGiostra-ARUP
The immense scale of the display and intensity of the light allows a generation of young artists, both local and international, to create site specific and socially relevant projects. The new-generation showcase is a highly visible venue, both within the Beijing and internationally, and a powerful platform to display the work of emerging artists. The Media Wall provides Beijing with its first venue dedicated to digital media art, while offering the most radical example of sustainable technology applied to an entire building's envelope.
Source: GreenPIX
Top image source: SimoneGiostra-ARUP
For more attend: Energy Harvesting & Storage USA 2009
Also read: Energy Harvesting and Storage for Electronic Devices 2009-2019