Cars with thermoelectric and other harvesting

There is now consensus that hybrid and pure electric cars will be the fastest growing sector of the car business for the next twenty years. Analysts and manufacturers project 15-20% of cars made in 2020 being electric. IDTechEx figures for 2015 are given below.
Plug in vs non plug in electric car sales in 2015 in numbers thousands 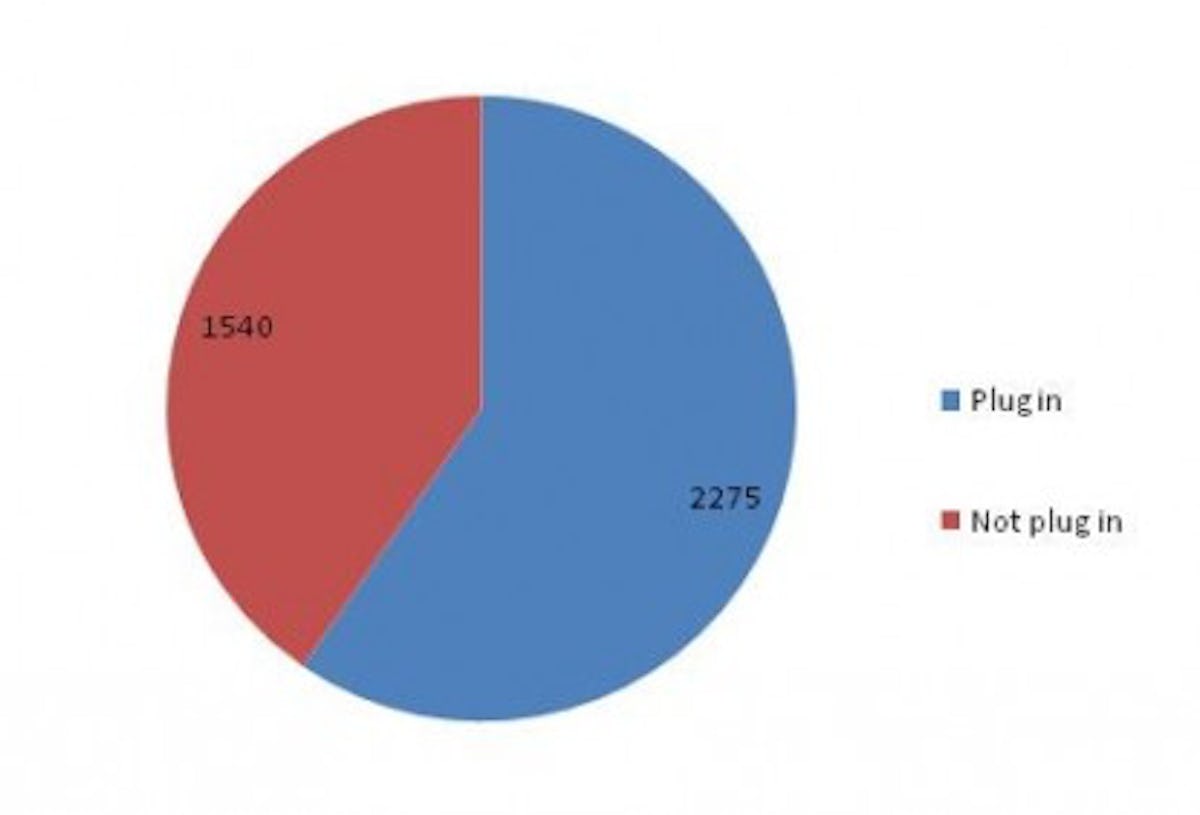 Plug in takes over

Most of these vehicles will be plug in because all the pure electric versions are plug in and 50% of the hybrids will be in that year, as the interim measure of mild hybrids begins to lose favor. That means beefier batteries even for the hybrids as they at last meet the real market need which is to be a genuine alternative to gasoline for most journeys. Getting energy into those batteries and independently powering accessories will be a key focus of the development work.

The BMW Vision Efficient Dynamics concept car was revealed at the Frankfurt Motor Show in September 2009. This diesel electric hybrid has a new energy harvesting component: a thermo-electric generator in the exhaust system. Originally developed for use in spacecraft, the unit generates electricity when heated. That electricity is then used to power the steering, air-conditioning and seat adjustment. Thermo-electric energy harvesters are designed and optimised according to the temperatures available. The larger the temperature gradient across the harvester, the more power that can be delivered. There is significant work going on in the topic, with applications ranging from vehicles and engines to using these harvesters to power wireless sensors. Tellurex and Thermolife are two companies working in such areas. For example, Thermolife has developed small thermo-electric harvesters that can power low power ZigBee chipsets, wearable electronics, implantable medical devices and active RFID tags. Both companies will be presenting on their technology at the IDTechEx Energy Harvesting and Wireless Sensor Network conferences in Denver on Nov 3-4. See www.IDTechEx.com/Denver for details.

Raghu Das, CEO of analysts IDTechEx, says, "This is an excellent beginning. BMW has been working on Automotive Thermoelectric Generators ATEGs for many years. We believe there is even scope for using them in wide area, thin film form on the lithium batteries and electric motors favored for most hybrid and pure electric vehicles in future. These need cooling to preserve life. It is absolutely essential that lithium batteries be kept below 50 degrees Celsius. The first generation traction batteries also need cooling for safety reasons, though the second generation designs are inherently chemically stable against overheating and overcharging excursions. Sometimes that cooling is by water but some of the newer battery types manage with air cooling. A wide area ATEG could power cooling fans as needed, in an elegant closed loop system ultimately based on wireless sensor networks that are powered by the heat they are sensing. Surplus ATEG energy can be passed to the battery." Das is co-author of the new IDTechEx reports, Energy Harvesting and Storage for Electronic Devices 2009 2019
and Car Traction Batteries - the New Gold Rush 2010-2020.
For further information, see www.IDTechEx.com

.
Fuel economy of the new BMW concept car is much improved over the BMW M3. The combined fuel consumption figure is 75.1mpg and CO2 emissions are 99g/km. These figures are comparable to those of the Toyota Prius.
BMW Vision Efficient Dynamics concept car 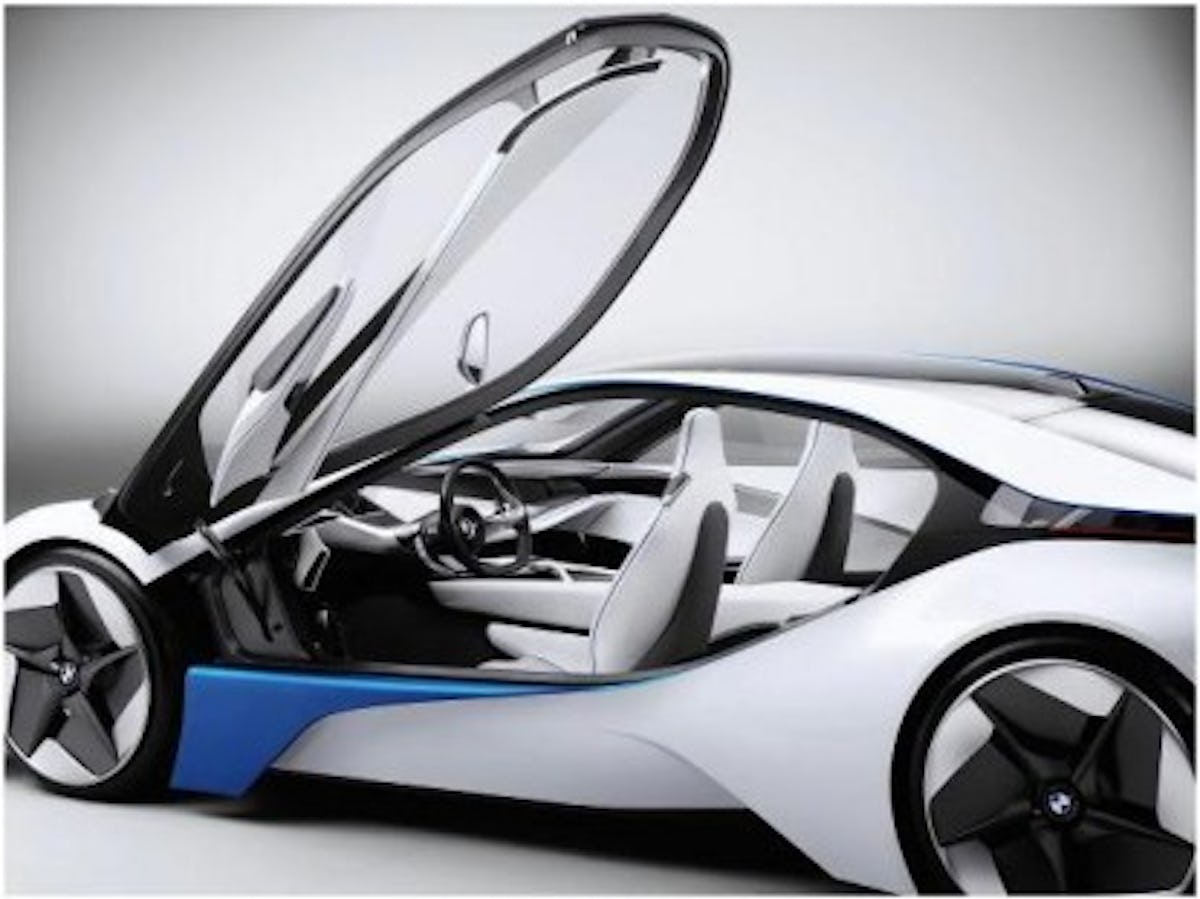 Source: BMW
The batteries are charged by electrodynamic regenerative braking or by plugging the car into the ac mains. However, photovoltaic harvesting that is now common for the next generation of cars is not in evidence with this one. Car companies seek at least a 20 year lifetime from photovoltaic cells. Traditional silicon photovoltaic cells may not be the best option because unless orientated correctly in bright sunlight they may not contribute much power. Other types of photovoltaics such as organic versions can work more of the time in poor sunlight and with poor orientation, albeit with a lower peak efficiency than silicon versions. Other photovoltaic characteristics such as flexibility and transparency are now becoming possible, which will be of great value for integration with vehicles. The different options for photovoltaics are appraised at the IDTechEx Energy Harvesting event in Denver Nov 3-4. For example, the US National Renewable Energy Lab will be presenting on "Organic Photovoltaics: From the Lab to Portable Electronics to Grid-Tied Applications."
The MIT electrodynamic energy harvesting from shock absorbers - being commercialised by spinoff Levant Power Corporation - is not yet ready for market but clearly harvesting is going to provide major competitive advantages as we enter the age of "the battery is the car" where that battery costs 35-55% of the ex factory cost of the car, so unnecessary battery capacity must be avoided at all costs.
For more information see www.IDTechEx.com/EHUSA, the World's largest event on energy harvesting covering all the technologies and applications.
Top image of BMW source Popsci