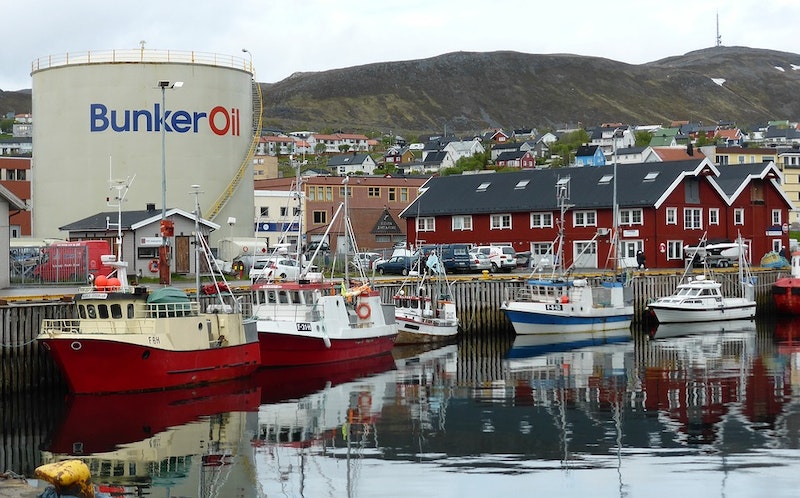 The government of Norway recently decided to allocate $14 billion USD ($120bn Norwegian Kronor) from its $1 trillion oil fund in order to finance investments into renewable energy projects. As Europe's largest producer of petroleum and one of the world's largest suppliers of oil, Norway's decision is a clear sign that even oil-rich nations are shifting away from fossil fuels in the global battle against climate change. For more information see the IDTechEx report on Distributed Generation: Minigrid Microgrid Zero Emission 2018-2038.
Despite sourcing 99% of its electricity from hydropower, Norway ranks amongst the world's top 32 biggest producers of CO2 as a result of oil serving as its primary energy export. This positions it above the Central Eastern European (CEE) countries of Poland, Hungary, and Slovakia who are amongst the region's largest consumers of fossil fuels, such as coal. However, these countries are also proactively taking steps to move to renewables as part of their commitments towards reducing climate change.
Hungary was one of the continent's largest consumers of lignite-based electricity, and in 1976 sourced 62% of its domestic energy from coal. By 2016, Hungary had slashed its coal consumption to 18% thanks to the EU's Emissions Trading System which puts a price on carbon emissions and its renewable energy rate currently stands at 15%. As way of meeting the EU's 2020 and 2030 energy targets, the Hungarian government also aims to increase the country's solar capacity from its current 500 megawatts to 30,000 gigawatts by 2022. It also plans to completely phase out its reliance on coal by 2030.
Poland, meanwhile, is seeking to extract itself from its coal dependency. Since 2018, the Polish government has taken a number of progressive measures to adopt renewables. The most recent step came in the form of a draft energy bill proposed by Polish Energy Minister, Krzysztow Tchórzewski. The bill aims to include solar energy into the country's energy strategy as way of avoiding electricity outages during the summer months. Should the plan be adopted, Poland would increase its solar capacity by 200% from 300MW by 2020, and 10.3GW within the next decade.
In Slovakia, the government has announced that it will reduce its CO2 output by removing coal subsidies with a view to eventually phasing it out by 2023. Slovakia has also signalled that it will unveil an action plan, which will help coal industry workers retrain and move across into other growing sectors such as the country's automotive industry.
Sun Investment Group (SIG), an active player in the region's solar energy markets, believes that the diverse energy strategies being adopted by governments across CEE could position the region as an example for countries such as Norway, which are expanding their energy portfolios into renewables. SIG also holds 15% of Poland's solar energy market and with its strategic partner, I+D Energias, has constructed over 250 MW.
"In an effort to reduce the dependency on fossil fuels, even oil-rich nations such as Norway are finally starting to pivot heavily towards renewable energy sources," said SIG's Business Development Officer, Andrius Terskovas. "We are witnessing a very unique moment in the global energy sector where fast developing regions such as CEE are forced by EU legislation to meet renewable energy targets. On the other hand, wealthier economies are consciously transforming their energy mix towards renewables".
It is clear that when moving towards a fossil fuel free future, there is no single magic pill. Europe needs leaders and practical case studies to make this plan materialise. Hopefully this contrasting transitional example will be seen by other countries and they will choose a strategy that best suits them. Finally this also proves that the adoption of renewables is inevitable and the quicker it is done, the smoother the process will be.
ABOUT SUN INVESTMENT GROUP
Sun Investment Group (SIG) was founded in 2011 as an investment management and development company focused on solar energy assets within investment-grade markets. It has extensive experience in developing solar power projects across Europe. SIG is one of the biggest solar PV players in the Central-Eastern Europe region. The most recent project was developed and is under construction in Poland with a cumulative power of 42,36 MWp, which is approximately 15% of the country's total market. Other key operational markets include Spain, Hungary, and Italy. https://suninvestmentgroup.com.
Media contact: raminta@blueoceanspr.com
Source: BlueOceans PR
Top image: Pixabay