The Atkins' inspired Anaconda wave energy device is delivering results in testing that suggest it could produce electricity at a cost that would easily rival any other renewable energy product.
Anaconda is a 200 metre long rubber tube that works on bulge wave theory - first documented by medical experts who looked at how blood was pumped around the human body. The blood pulses - with bulge waves rippling along every vein and artery. These pulses carry energy and it is the same basic idea behind Anaconda. 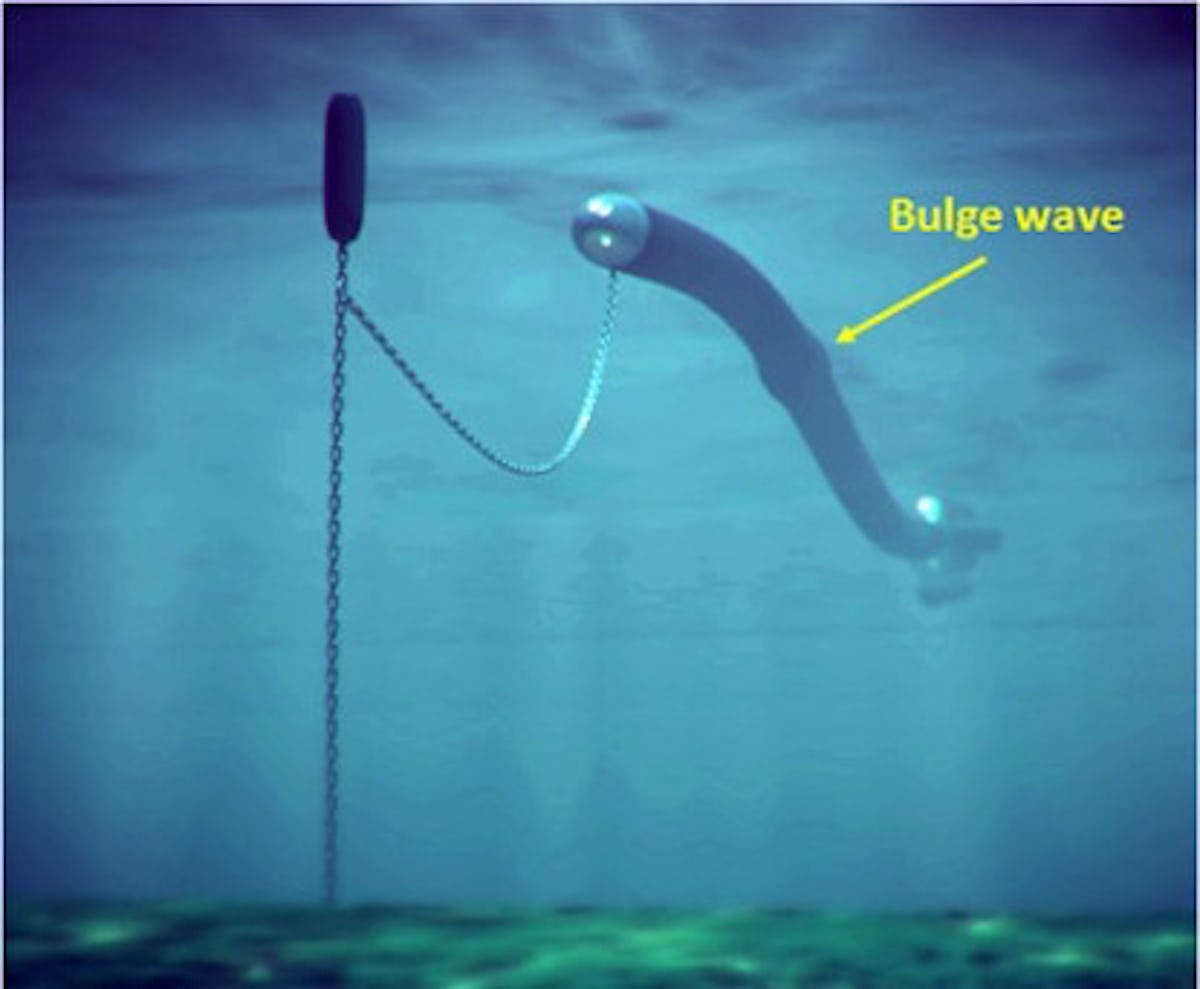 Image source: Treehugger
Each device would be anchored offshore in water around 50 metres deep, sitting just below the water surface, head to the waves. The action of the passing waves would cause bulges to pulse down the inside of the tube - transferring energy from the passing water to the device. This energy travels down the tube and via high and low pressure chambers it powers a generator. The resulting electricity would then be cabled ashore.
It is now in final proof of concept testing at a 270 metre long wave tank in Gosport, Hampshire where it is showing impressive results. This news is a real boost to Professor Rod Rainey from Atkins, who came up with the original idea.
Professor Rainey said: "The testing is extremely important because Anaconda is so radical it wasn't entirely clear that it would actually work. However the results completely bear out the theory and scaling it up also shouldn't be a problem."
The device is being developed by double Queen's Award winners, the Checkmate Group, who is also being backed by the Carbon Trust.
Chairman, of Checkmate Seaenergy, Paul Auston, said: "So far in testing the results have been impressive - with energy output data suggesting Anaconda will produce electricity at a cost that will be excitingly low - and offer a serious and cost effective alternative in the delivery of clean energy. The first full-sized units should be in production within three years."
Source: Atkins Global
Top image source: Lessons of Liberty
For more attend: Energy Harvesting & Storage USA 2009
Also read: Energy Harvesting and Storage for Electronic Devices 2009-2019