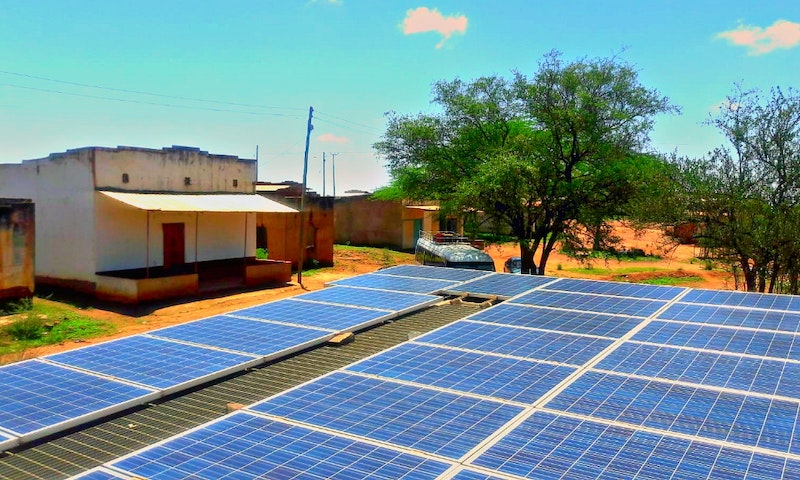 Africa is still facing a serious problem of energy access. Schneider Electric has taken the first step in creating an African mini-grid industry (involving decentralized electricity generation and distribution networks based on renewable energy), by signing a memorandum of understanding with EM-ONE Energy Solutions, a Nigerian sustainable energy engineering company. For more information see the IDTechEx report on Distributed Generation: Minigrid Microgrid Zero Emission 2018-2038.
Africa: still lagging behind in electrification
On this immense continent, many cities remain off-grid. With a population of more than 200 million, Nigeria is a country comprising 36 states, only one of which has an electricity network. According to the International Renewable Energy Agency (IRENA), West Africa's energy consumption could quadruple by 2030 to reach 219 TWh a year, less than half of the 478 TWh already consumed in France in 2018. Part of the solution will come from mini-grids, decentralized networks powered by photovoltaic energy. Demand is high: an estimated 200,000 mini-grids are required to power the continent and reach the United Nations Sustainable Development Goal 7 ("Ensure access to affordable, reliable, sustainable and modern energy for all").
Creating an African mini-grid industry
Schneider Electric, which produces mini-grids at its factory in Kenya, has decided to take its efforts to the next level. "Rather than importing mini-grids produced in Europe, Asia or North America, we want to create an African mini-grid industry with operators, integrators, investors and local jobs," commented Paul-François Cattier, Schneider Electric's Vice President Business Development Africa & Middle East. In the past 10 years, the Group has already installed 700 mini-grids in Africa, mainly for rural electrification, through its Access to Energy programme. This has largely been achieved with donations to NGOs and equipment often produced in Europe.
For 18 months, led by its sustainability department, the Group has been working to set up an industry based on mini-grids built or operated by local stakeholders. This has led to a first MoU with EM-ONE Energy Solutions, a Nigerian company that also operates in Canada. "EM-ONE Energy Solutions has already won a contract for 30 mini-grids in Nigeria to power hospitals in Kaduna State, and is also targeting the university and rural electrification market. The MoU concerns Schneider's support with optimizing the architecture of these projects and developing an industrial platform to integrate these mini-grids into containers in Nigeria and manufacture Schneider Electric mini-grid solutions under licence," explained Paul-François Cattier. With 12 sales representatives spread out over 12 countries (Chad, Senegal, Côte d'Ivoire, Tanzania and others), Schneider Electric is seeking engineering procurement construction (EPC) companies to locally produce its solutions (e.g. Villaya Community, a mini-grid designed for rural electrification, providing 7-63 kW of power). Schneider Electric will provide them with advice on setting up an industrial plant and testing. The Group is also working with public and private funding bodies. It intends to cover the full range of needs with capacities up to 500 kW (enough to power a city of 10,000 inhabitants in Africa) through its standardized solutions, and from 500 kW to 20 MW through specific architectures (for cities of several hundred thousand inhabitants that are without an electricity grid).
Source: Schneider Electric
Top image: Umaizi