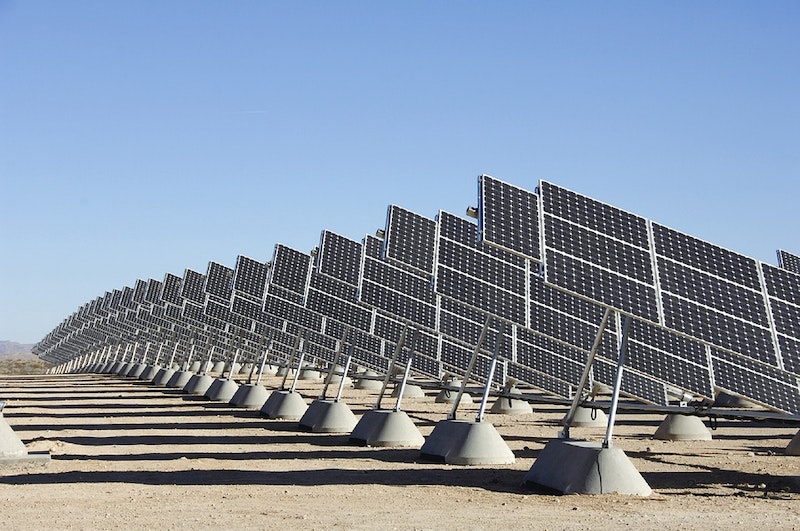 NV Energy continues to work toward its long-term goal of serving its customers with 100 percent renewable energy, announcing the addition of nearly 1,200 megawatts of new solar photovoltaic generation to be built in the state, along with 590 megawatts of battery storage. For more information see the IDTechEx report on Distributed Generation: Minigrid Microgrid Zero Emission 2018-2038.
The renewable energy will come in the form of three projects that will be located in southern Nevada. The company will seek approval of these projects from the Public Utilities Commission of Nevada as part of its integrated resource plan filing. With the addition of these new projects, NV Energy will also exceed the promise made to its customers last year to double its renewable energy by 2023.
"Today's announcement demonstrates our commitment to bringing low-cost solar energy to our customers while helping Nevada be a leader in clean energy development and the addition of battery storage helps extend the benefits of these solar projects when the sun isn't shining," said Doug Cannon, NV Energy president and chief executive officer. "Bringing more renewable energy development to our state is what's best for our customers, our economy, job creation and for our environment."
In April, Senate Bill 358 was signed into law by Nevada Governor Steve Sisolak requiring Nevada power providers to achieve a 50 percent renewable energy portfolio standard (RPS) by 2030 - a change that NV Energy fully supported and gets one step closer to satisfying with these projects. Cannon added that in addition to helping meet Nevada's new RPS, the projects outlined in the filing will help meet other important policy goals recently enacted by the Nevada Legislature and signed by Governor Steve Sisolak, such as fostering the development of community solar projects in low income areas, as well as supporting customers' demands for new programs and services, particularly businesses who are seeking sustainable, stable, low-cost energy resources and carbon reduction.
The three new solar energy projects and three related battery-energy storage resources are the result of a competitive solicitation initiated in the fall of 2018, and will create more than 3,000 temporary jobs using project labor agreements. The use of union labor ensures the projects are constructed to the highest industry standards so they can serve Nevada's energy needs for the long term.
NV Energy signed its first renewable power purchase agreement in the 1980s and has since prided itself on making renewable energy development a priority. The company exceeded Nevada's current renewable energy requirement for the ninth straight year in 2018. In May of last year, NV Energy announced what was, at the time, the largest renewable energy expansion in Nevada's history - six new projects totaling 1,001 megawatts of new renewable energy to be built in the state with 100 megawatts of battery storage. Today's newly announced projects will be added to NV Energy's current portfolio of 57 geothermal, solar, hydro, wind, biomass and supported rooftop solar projects both in service and under development. Each of the three announced projects are expected to be completed and serving customers by the end of 2023:
Source: NV Energy
Top image: Pixabay