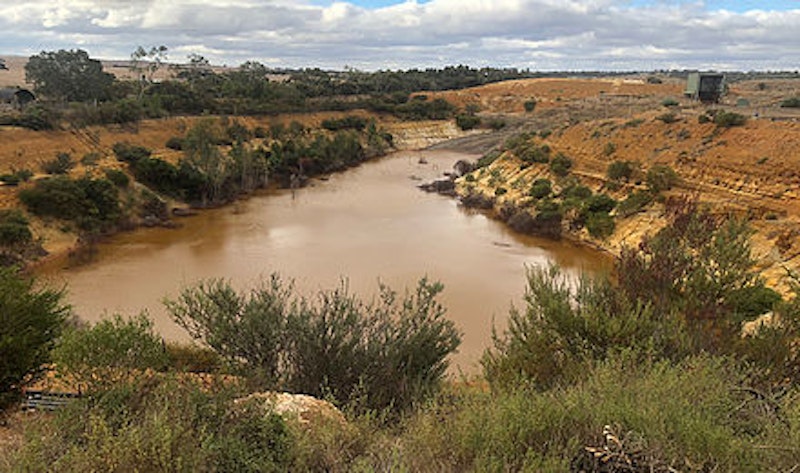 South Australia's impressive range of renewable energy projects is set to increase with the news that a Canadian company has received development approval to build a $30 million advanced compressed air energy storage (A-CAES) facility at the Angas Zinc Mine near Strathalbyn.
The Angas A-CAES facility is the first of its kind in Australia and will use excess electricity from wind and solar to run a compressor and produce heated, compressed air that can be stored underground. The compressed air is released to drive a generator and produce electricity when demand in the electricity grid is high. Hydrostor will re-purpose the former Angas Zinc Mine at Strathalbyn into the 5MW / 10MWh facility by transforming the existing mine into an air-storage cavern 240 metres below ground using their innovative design to achieve emissions free energy storage. For more information see the IDTechEx report on Distributed Generation: Minigrid Microgrid Zero Emission 2018-2038.
The $30 million project is supported by $3 million in funding through the South Australian Government's Renewable Technology Fund and $6 million in funding from the Australian Renewable Energy Agency (ARENA). Hydrostor is expecting around 40 jobs during the construction phase and a further four ongoing positions over the project's 30 year lifespan.
Energy and Mining Minister Dan van Holst Pellekaan said Hydrostor's facility is further evidence the Marshall Government's energy policies are helping deliver cheaper, cleaner and more reliable electricity to South Australians. "This is another step in the transition of South Australia's energy system by the integration of renewable energy into the grid to deliver cheaper, more reliable and cleaner energy. A-CAES is a new energy storage technology for Australia that provides synchronous inertia, load shifting and frequency regulation to support grid security and reliability."/
Trade Tourism and Investment Minister David Ridgway welcomed the benefits Hydrostor's investment will deliver to the state and the local community.
"Hydrostor is the latest in a line of high profile, international renewables companies to set up operations in this state," Mr Ridgway said. "With 47% of South Australia's energy production now coming from renewable sources our state is without doubt a major global player, and this is reflected in the $7 billion worth of investment we've attracted into the local industry."
Member for Heysen Josh Teague said the conversion of this brownfield site near Strathalbyn into an emission-free clean energy project will stimulate local economic activity, delivering jobs and investment in the local community. "The Hills community is very supportive of the Marshall Government's efforts to decarbonise South Australia's electricity network whilst improving the reliability and affordability of our power system."
Hydrostor CEO Curtis VanWalleghem said the State Government approval enables them to now proceed into the construction phase of the Angas project. "We're excited to demonstrate the significant benefits of adding our emission-free storage solution, creating jobs and helping South Australia develop a stronger electricity grid at lower cost to consumers," Mr VanWalleghem said.
Hydrostor Australia's Managing Director Greg Allen said the technology works by using electricity from the grid to produce compressed air, which is stored in a purpose-built underground cavern kept at constant pressure using hydrostatic head from a water column. "During charging, heat from the compressed air is collected and stored before the cooled air displaces water out of the cavern up to a water reservoir on the surface. To discharge, water flows back into the cavern forcing air to the surface under pressure where it is heated with the stored thermal energy and drives a turbine to generate electricity," Mr Allen said.
Source: Government of South Australia
Top image: Hydrostor
Learn more at the next leading event on the topic: Energy Storage Innovations USA 2020