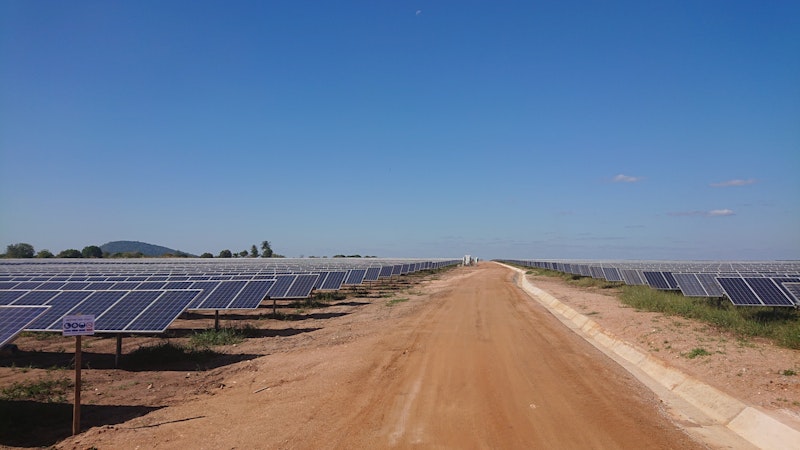 Scatec Solar and partners have grid connected and started commercial operation of the 40 MW Mocuba solar power plant in Mozambique. For more information see the IDTechEx report on Distributed Generation: Minigrid Microgrid Zero Emission 2018-2038.
"We are proud to complete the first large scale solar power plant in Mozambique in close cooperation with our partners. The solar plant will be an important contributor to increase the share of renewable power in the country by delivering clean energy to around 175,000 households," says Raymond Carlsen, CEO of Scatec Solar.
Marcel Bruhwiler, Manager, IFC Infrastructure & Natural Resources for Southern Africa, Nigeria and East Africa, says: "We are pleased that Central Solar de Mocuba (CESOM) has achieved this significant milestone. It will offer much needed power and redundancy to the Northern grid. IFC's financing for the Mocuba solar plant helps improve access to reliable and clean energy in one of the least developed regions of the country."
The 40 MW solar plant is located close to the city of Mocuba in the Zambézia Province and will deliver 79 GWh per year of much needed electricity to the northern regions of Mozambique. The clean energy produced by the Mocuba plant will contribute to removal of about 75,000 tonnes of carbon emissions per year.
Equity partners are KLP Norfund Investments (22.5%), EDM -Electricidade de Mozambique (25%), and Scatec Solar (52.5%). The 25-years Power Purchase Agreement was signed in October 2016 with the state-owned utility EDM.
With grid connection of this power plant, Scatec Solar currently has plants with a total capacity of 951 MW in operation and another 953 MW under construction.
Source and top image: Scatec Solar