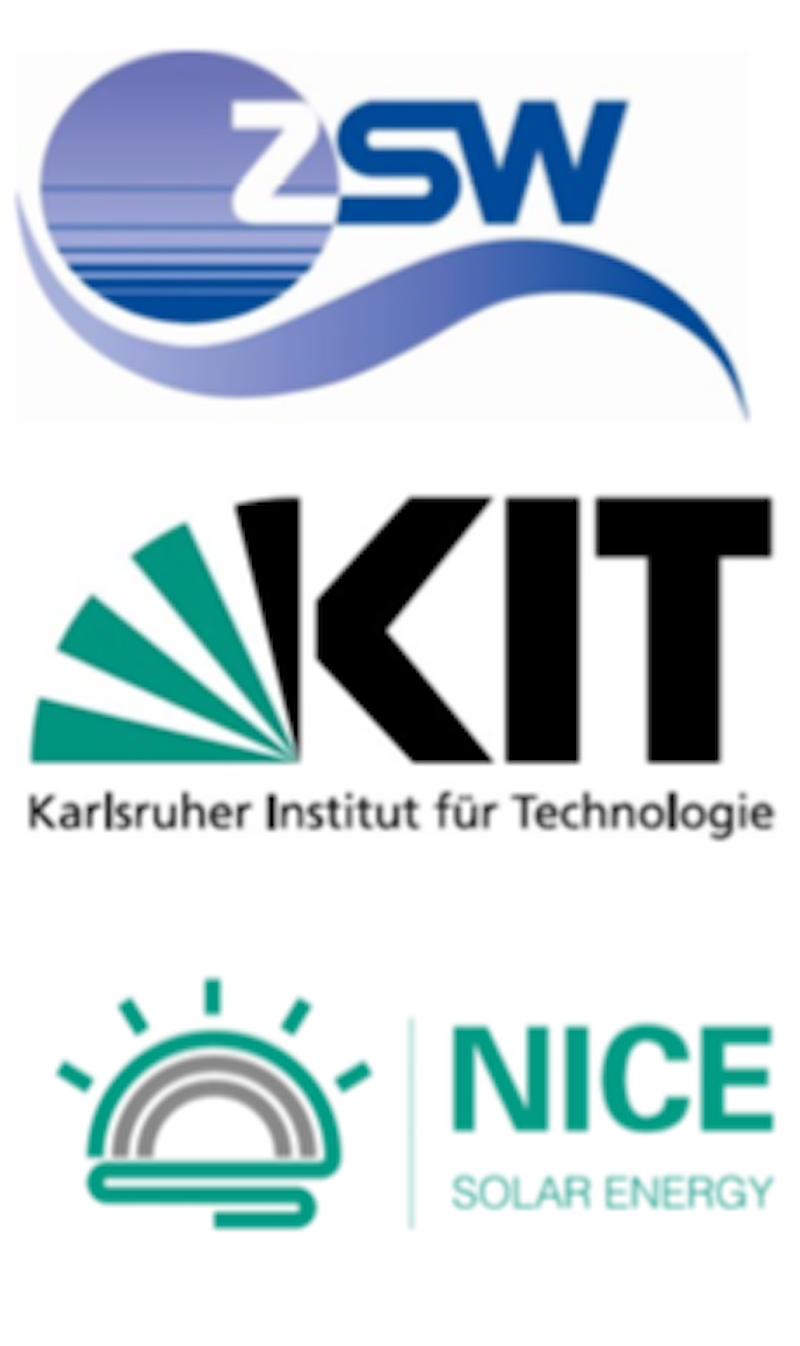 The efficiency ceiling of commercially available solar modules leaves little room for improvement. Tandem solar modules with two light-harvesting active layers have far greater potential. The future could well belong to this promising technology. Researchers engaged in the Capitano project are combining thin-film solar modules based on perovskite semiconductors with semiconductors made of copper, indium, gallium and selenium (CIGS). This combination is the key to building remarkably efficient tandem solar cells with all the advantages of thin-film technology and an efficiency factor that could top the 30-percent mark. The Karlsruhe Institute of Technology (KIT), the Schwäbisch Hall-based enterprise NICE Solar Energy, and the Centre for Solar Energy and Hydrogen Research Baden-Württemberg (ZSW) have joined forces in this project with the ZSW acting as coordinator. For more information see the IDTechEx report on Energy Harvesting Microwatt to Megawatt 2019-2029.
Tandem solar modules consist of two different types of modules in a layered array that puts the solar spectrum to much better use than any single solar cell. This combination is far more efficient. Multi-junction solar cells' efficiency could extend beyond 30 percent, in theory. The ceiling for single-layer silicon solar cells, for example, is 29 percent.
Two is better than one
Several variants of tandem modules are now available. The perovskite solar cell in the CIGS/ perovskite version converts the light in the visible part of the solar spectrum into electricity. The underlying CIGS solar cell absorbs the light in the near-infrared spectrum that penetrates the perovskite solar cell. One of the reasons why these tandem solar cells look to be so promising is that they could be realized as thin-film technologies on substrates of several square meters. This would not only boost efficiency; it would also cut costs.
A joint effort to up efficiency
Commenting on this consortium's excellent skill-set, Michael Powalla, ZSW board member, head of the Photovoltaics division at ZSW and professor at KIT, says, "Given the wide spectrum of skills at work in this project ranging from fundamental science to mass manufacturing, I expect great advances to be made in the further development of this promising technology." Dr. Ulrich W. Paetzold, head of the junior research group at KIT, adds, "We are developing the next generation of highly efficient thin-film tandem cells with an efficiency potential above 30 percent. Promising applications include highly efficient solar modules for building-integrated photovoltaic solutions, for example."
The Capitano project
Launched in July 2019, the Capitano project is to run for three years with the German Ministry for Economic Affairs and Energy providing around €5.2 million in funding. This project aims to develop cells with higher yet stable efficiency factors, and then combine these cells to make efficient tandem solar modules. The industry partner NICE Solar Energy will assess the possibility and cost of manufacturing these modules on an industrial scale.
To achieve this project's goals, the ZSW is developing CIGS modules with an adapted bandgap and optimized surface, and investigating semitransparent perovskite solar cells and highly efficient and transparent modules. Eager to test industrial processes such as slot-die coating for the perovskite layer, researchers are focusing on producing optimized intermediate layers and transparent contact layers that have been adapted accordingly. The results will flow into efforts to make tandem solar cells and modules that are interconnected in monolithic array. These scientists also want to assess the manufacturing process's ecological impact.
KIT is doing its part for this project by developing new materials, processes, and prototypes for manufacturing semi-transparent perovskite solar cells and highly transparent modules with an adapted bandgap a high efficiency factor. The institute's researchers are particularly interested in exploring scalable manufacturing processes such as slot-die coating and gas-phase vacuum deposition. Its scientists are developing a light management concept to improved light yield amid the complex architecture of the tandem solar cells. They have also been tasked to calculate yields.
NICE Solar Energy GmbH is providing small CIGS solar modules from its CIGS innovation line to underpin the other two partners' efforts to make tandem solar modules. The enterprise will then assess these tandem modules' suitability for manufacturing at industrial-scale, 300 megawatts capacity. A cost comparison with single-junction CIGS solar modules is also on the company's agenda.
About ZSW
The Zentrum für Sonnenenergie- und Wasserstoff-Forschung Baden-Württemberg (Centre for Solar Energy and Hydrogen Research Baden-Württemberg, ZSW) is one of the leading institutes for applied research in the areas of photovoltaics, renewable fuels, battery technology, fuel cells and energy system analysis. There are currently around 260 scientists, engineers and technicians employed at ZSW's three locations in Stuttgart, Ulm and Widderstall. In addition, there are 90 research and student assis-tants. The ZSW is a member of the Innovationsallianz Baden-Württemberg (innBW), a group of 13 non-university, applied research institutes.
About KIT
Being „The Research University in the Helmholtz Association", KIT creates and imparts knowledge for the society and the environment. It is the objective to make significant contributions to the global challenges in the fields of energy, mobility and information. For this, about 9,300 employees cooperate in a broad range of disciplines in natural sciences, engineering sciences, economics, and the humanities and social sciences. KIT prepares its 25,100 students for responsible tasks in society, industry, and science by offering research-based study programs. Innovation efforts at KIT build a bridge between important scientific findings and their application for the benefit of society, economic prosperity, and the preservation of our natural basis of life.
About NICE Solar Energy
NICE Solar Energy is a vertically integrated research and development joint venture with the shareholders China Energy Group, Shanghai Electric Group Co., Future Science City and Manz AG. As the world's leading research joint venture, we are working to continuously increase the efficiency of CIGS solar modules and develop many new applications. More than 160 employees at the Schwäbisch Hall site are pursuing an ambitious technology roadmap into practice, steadily increasing the efficiency of CIGS solar cells and ensuring maximum investment security for these applications.
Media Contacts
Claudia Brusdeylins, Centre for Solar Energy and Hydrogen Research
Baden-Württemberg (ZSW) / Zentrum für Sonnenenergie- und
Wasserstoff-Forschung Baden-Württemberg (ZSW),
Meitnerstr. 1, 70563 Stuttgart, Germany, phone +49 711 7870-278,
claudia.brusdeylins@zsw-bw.de, www.zsw-bw.de