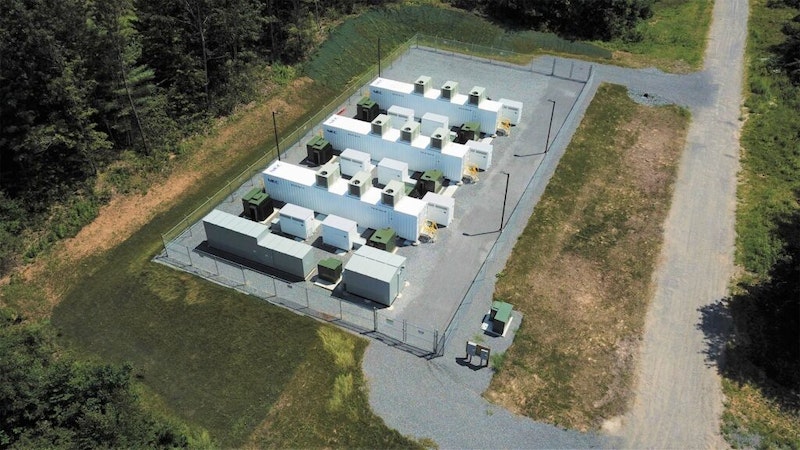 The New York State Energy Research and Development Authority (NYSERDA) has announced the completion of Key Capture Energy's system, the largest battery installation in New York which will serve the state's electrical system by enhancing power grid performance and reliability and will help reduce greenhouse gas emissions. The 20-megawatt energy storage system supports Governor Andrew M. Cuomo's Green New Deal, the most aggressive climate change initiative in the nation which mandates New York's energy storage target of 3,000 megawatts by 2030, the largest target in the country. For more information see the IDTechEx report on Batteries for Stationary Energy Storage 2019-2029.
Alicia Barton, President and CEO, NYSERDA, said, "Governor Cuomo has set New York on a path to lead the country and the world when it comes to deploying clean energy, and this project is more evidence that New York is not wasting any time getting started. This first project under NYSERDA's energy storage incentive program - the largest battery installation in the state to date—will enhance our electric system and demonstrate the value of large scale energy storage systems that will accelerate our ability to meet the state's commitment to a carbon-free electric system by 2040."
Key Capture Energy's project, called KCE NY1, is located in the Capital Region and the company's first since it relocated its headquarters from Houston, Texas to downtown Albany in 2018 in partnership with the University at Albany and the state's START-UP NY program, administered by Empire State Development.
Empire State Development Acting Commissioner and President & CEO-Designate Eric Gertler said, "START-UP NY has been able to foster partnerships between the state's world-class academic institutions and cutting-edge businesses such as Key Capture Energy that build on mutual strengths to advance New York's green economy."
Matt Grattan, University at Albany's Director of Community and Economic Development said, "The University at Albany wishes to congratulate Key Capture Energy on the completion of its KCE NY1 project and its investment in Albany and the Capital Region of New York. We see continued growth potential for this battery storage technology, and have been confident since partnering with Key Capture Energy that the startup would meet and even exceed their job development goals and provide research collaboration opportunities for our faculty and students."
Energy storage enhances the efficiency of the electric grid by capturing excess power and storing that excess power in industrial-sized batteries for later use. Key Capture Energy's project will help balance electric load and generation by storing and discharging power based upon the changing needs of the grid. By doing so, the battery is providing similar services to the electric transmission system as those provided by certain fossil fuel power plants, and will thereby help to reduce greenhouse gas emissions.
This clean energy pathway was detailed in a recent study released by the Department of Public Service, The Potential for Energy Storage to Repower or Replace Peaking Units in New York StateLink opens in new window - close new window to return to this page. which confirmed that storage, or storage with solar, could provide similar services to peaking units that rely on fossil fuel, thereby helping to eliminate greenhouse gas and other emissions.
Dan Fitzgerald, Co-founder and Chief Operations Officer of Key Capture Energy said, "New York State has the most ambitious energy storage deployment target in the U.S., and NYSERDA plays a vital role in promoting the state's clean energy future. We are so pleased to have been selected as the first Bulk Storage Incentive program award recipient and applaud the state's programs that support innovative energy solutions, while benefiting the state's economy and environment. We look forward to being a part of the next generation of New York State's electric grid."
The Key Capture Energy system is the first to be completed since Governor Cuomo announced the state's Market Acceleration Bridge Incentive Program in April which included $150 million for bulk storage projects - for systems over five megawatts that primarily provide wholesales market energy or distribution service. Key Capture Energy was awarded $1.3 million from NYSERDA under the Bulk Storage incentive program for this project.
The Incentive Program also provides $149 million for retail storage projects - customer or distribution utility-sited systems below five megawatts which are smaller and installed alone or paired with onsite generation such as solar. The funds are part of an overall $400 million investment in energy storage to accelerate growth within the industry and drive down energy storage deployment costs to build a sustainable and affordable market. This initiative will be complemented by a $250 million commitment that the New York Power Authority (NYPA) made last December to accelerate the flexibility of the electric grid by collaborating on grid-scale energy storage projects and addressing market and financing barriers.
Source and top image: Key Capture Energy