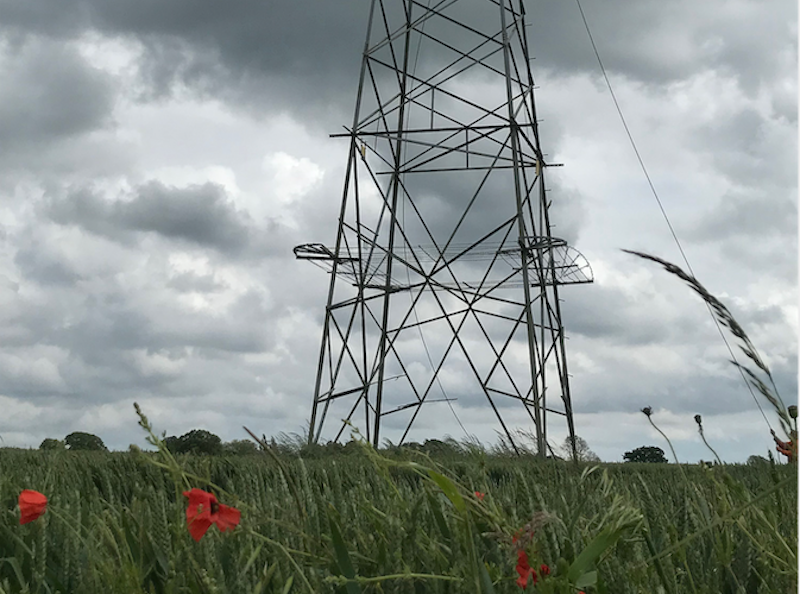 An innovative device which has freed up 95MW of additional network capacity - enough to power 45,000 homes - has been successfully proven in the UK. For more information see the IDTechEx report on Distributed Generation: Minigrid Microgrid Zero Emission 2018-2038.
In just a year, UK Power Networks' LoadShare trial has already saved customers £8 million, and enabled enough renewable power to run 45,000 homes to safely connect to a previously constrained point in the local electricity network.
LoadShare solved a critical pinch point on a power line near the Essex/Suffolk border, by allowing more electricity generated from renewable sources to feed into the system - without building costly and disruptive new electrical cabling and substations. The devices were installed on three steel overhead lines near Lawford running between large electrical substations. This state-of-the-art technology intelligently and instantly routes power through the cables which have available capacity, maximising use of the existing network.
Head of innovation at UK Power Networks Ian Cameron said: "LoadShare is truly innovative for the UK energy industry, as we are the first network operator to deploy Smart Wires technology in the UK. At its heart, this is a story of optimisation. It continues to forge the path towards renewable energy, while saving money for our customers. It's the key to unlocking extra capacity in a safe, cost-effective, and fast way. This successful trial demonstrates our business ethos of innovation and disruption; implementing smart technologies to reach the UK's target to reduce CO2 emissions by 80% by 2020 and Net Zero by 2050."
With the £5.5m technology investment between Bramford and Lawford a success, UK Power Networks plans to deploy the technology in other areas to accommodate even more renewable energy generation at a reduced cost to consumers. Smart Wires' European managing director, Michael Walsh said: "UK Power Networks was incredibly impressive to work with, and by pursuing projects like this, the company shows its commitment to its customers, energy transition, and a greener, better future.
"Smart Wires' power flow technology is a game-changer in the energy industry and is changing the way grid operators across the world think about integrating renewable generation. By enabling utilities to control where power flows on their networks, they can now integrate renewables more efficiently and at a lower cost and impact to consumers. The work UK Power Networks has done with LoadShare is a perfect example of the impact this technology can have."
UK Power Networks is the country's biggest electricity distributor, making sure the lights stay on for more than eight million homes and businesses across London, the South East and the East of England.
Network operators aren't the same as energy suppliers; network operators manage local power lines and substations, while energy suppliers sell the electricity that runs through the power lines.
UK Power Networks continues to be listed in the Sunday Times' Top 25 Best Big Companies to Work For, and made industry history by becoming first company to win Utility of the Year two years running (2015 and 2016, also 2012). UK Power Networks won the 2019 EEI International Edison Award for helping to enable Britain's low carbon transition.
The company invests more than £600 million in its electricity networks every year, offers extra help to vulnerable customers at times of need, and is undertaking trials to ensure that electricity networks support the transition to a low carbon future. It also moves cables and connects new electricity supplies. If you have a power cut ring 105, see www.ukpowernetworks.co.uk