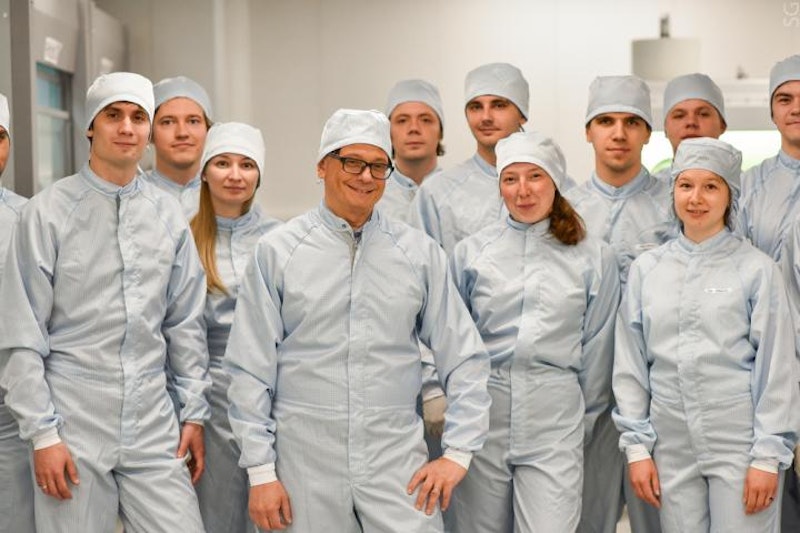 Scientists from NUST MISIS (Russia) and University of Rome Tor Vergata found out that a microscopic quantity of two-dimensional titanium carbide called MXene significantly improves collection of electrical charges in a perovskite solar cell, increasing the final efficiency above 20%. The results of the research were published in Nature Materials. For more information see the IDTechEx report on Perovskite Photovoltaics 2018-2028.
Perovskite thin film solar cell is a new promising technology of alternative energy sources that is being actively developed worldwide. One of advantages is a simple and low cost of production process: perovskites solar cells can be printed from solution on special inkjet or slot die printers without the use of high temperature/vacuum processes as for traditional silicon cells. Another advantage is possibility of fabrication on flexible plastic substrates, such as common polyethylene terephthalate (PET). This feature permits the use of perovskite photovoltaics (PV) in building integration via mounting the thin film on walls and/or in different other locations -- such as curved glass facades and windows.
Being a new PV technology, the effort of international research is to find the best strategy to improve efficiency an dstability of perovskite solar cells.Efficiency of perovskite solar cells is already comparable to silicon analogues, that are dominating the market (the record efficiency for a perovskite is 25.2 %, while for silicon cells is 26.7 %), however, perovskite solar cells are still unstable due to several internal degradation factors. Many research groups from universities and R&D companies are currently forcing investigations and studies for solving problems of stability and improvement of the efficiency of perovskite cells. Most approaches concern the optimization of the chemical composition of perovskite, stabilization of the device interfaces and incorporation of new nanomaterials.
An international team of scientists from L.A.S.E. (Laboratory for Advanced Solar Energy), Department for Functional Nanosystems and High-Temperature Materials, both located at NUST MISIS, Russia, and Tor Vergata University of Rome, led by Professor Aldo Di Carlo, proposed an original approach to design perovskite solar cells with improved performances, namely the use of two-dimensional Titanium-Carbide compounds called MXenes to dope perovskite.
"We discover that MXenes, owing to their unique two-dimensional structure, can be used to tune surface properties of perovskite permitting a new optimization strategy for this III-generation solar cell," Professor Di Carlo comments.
Thin film perovskite solar cell has a sandwich structure, where charges are moving from layer to layer through interfaces and selectively collecting at electrodes, as a result of sun light energy is converted into electrical current. In simple terms, electrons should be transported from absorber film to electrodes without losses that can be induced by internal energy barriers, and MXene incorporation improves this process.
"To enhance the efficiency of perovskite solar cells, we need to optimize the device structure and master interface and bulk properties of each single layer to improve the process of charge extraction to the electrodes, "Danila Saranin, one of the authors, researcher at L.AS.E. comments. "To solve this problem, together with our Italian colleagues we performed a series of experiments by incorporating a microscopic amount of MXenes in the perovskite solar cell. As a result, we achieved increase of the efficiency for devices by more than 25 %, compared to the original prototypes."
MXenes were sequentially introduced indifferent layers of the perovskite solar cell: photo absorbing layer, electron transport layer based on titanium dioxide, and at the interface between them. After analysis of output performance of the devices, we found out that the most efficient configuration is the one where MXenes are introduced to all the layers, including the interface. The experimental results are confirmed by appropriate modeling of the obtained structures.
This work is unique: it is the first report that described not only a series of experiments and the obtained results, but also includes a clear explanation of the mechanisms occurring in the modified perovskite solar cell from the physical-chemistry point of view.
"The main result of this work is identification of changes in the electrical properties of semiconductors, caused by introduction of MXenes. Hence, this new nanomaterial possesses great potential for the use in large scale production," Anna Pazniak, one of the authors, adds.
Currently, the team is trying to stabilize the resulting device and increase its efficiency. The study was funded within the Megagrant of the Government of the Russian Federation.
Source and top image: National University of Science and Technology MISIS
Learn more at the next leading event on the topic: Printed Electronics Europe 2020