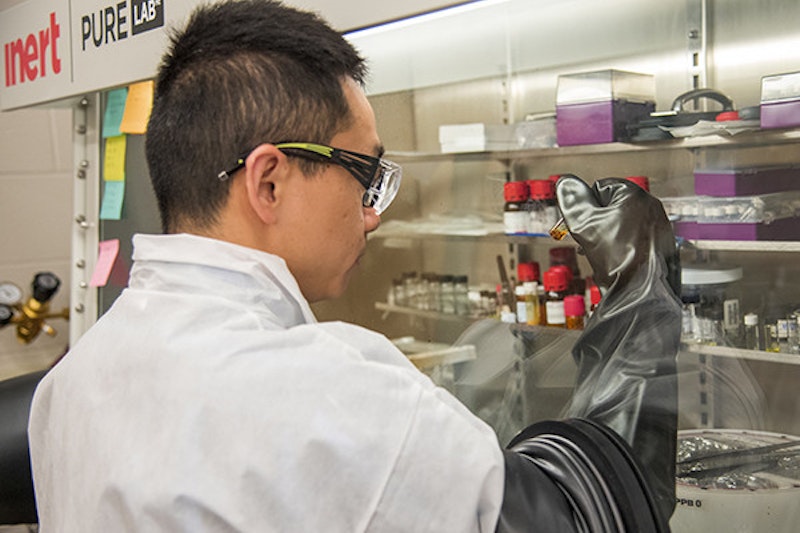 Next-generation solar cells that mimic photosynthesis with biological material may give new meaning to the term "green technology." Adding the protein bacteriorhodopsin (bR) to perovskite solar cells boosted the efficiency of the devices in a series of laboratory tests, according to an international team of researchers. For more information see the IDTechEx reports on Perovskite Photovoltaics 2018-2028 and Energy Harvesting Microwatt to Megawatt 2019-2029.
"These findings open the door for the development of a cheaper, more environmentally friendly bioperovskite solar cell technology," said Shashank Priya, associate vice president for research and professor of materials science at Penn State. "In the future, we may essentially replace some expensive chemicals inside solar cells with relatively cheaper natural materials."
Perovskite solar cells, named for their unique crystal structures that excel at absorbing visible light, are an area of intense research because they offer a more efficient and less expensive alternative to traditional silicon-based solar technology. The most efficient perovskite solar cells can convert 22 to 23 percent of sunlight to electricity. The researchers found that adding the bR protein to perovskite solar cells improved the devices' efficiency from 14.5 to 17 percent. They reported their findings in the American Chemical Society journal ACS Applied Materials and Interfaces. The research represents the first time scientists have shown that biological materials added to perovskite solar cells can provide a high efficiency. Future research could result in even more efficient bioperovskite materials, the researchers said.
"Previous studies have achieved 8 or 9 percent efficiency by mixing certain proteins inside solar cell structures," said Priya, a co-lead author of the study. "But nothing has come close to 17 percent. These findings are very significant." Commercial solar arrays consist of hundreds or thousands of individual solar cells, so even small improvements in efficiency can lead to real savings, according to the researchers.
Drawing on nature, the researchers sought to further improve the performance of perovskite solar cells through Förster Resonance Energy Transfer (FRET), a mechanism for energy transfer between a pair of photosensitive molecules.
"The FRET mechanism has been around for a long time," said Renugopalakrishnan Venkatesan, professor at Northeastern University and Boston Children's Hospital, Harvard University, and co-lead author on the study. "It seems to be the basis of photosynthesis and can be found in technologies like the wireless transfer of energy, and even in the animal world as a mechanism for communication. We are using this mechanism to try to create a world of bio-inspired systems that have the potential to surpass either inorganic or organic molecules." The bR proteins and perovskite materials have similar electrical properties, or band gaps. By aligning these gaps, the scientists hypothesized they could achieve a better performance in perovskite solar cells through the FRET mechanism.
"Solar cells work by absorbing light energy, or photon molecules and creating electron-hole pairs," said Subhabrata Das, who participated in the research while a doctoral student at Columbia University. "By sending the electrons and holes in opposite directions, solar cells generate an electrical current that's turned into electricity."
However, a certain percent of electron-hole pairs recombine, reducing the amount of current produced. Mixing the bR protein into perovskite solar cells helped electron-hole pairs better move through the devices, reducing recombination losses and boosting efficiency, the scientists said. The findings could potentially have larger consequences, leading to the design of other hybrid devices in which artificial and biological materials work together, according to the researchers.
Source and top image: Penn State University