Surfs Up, With 100% Green Electricity 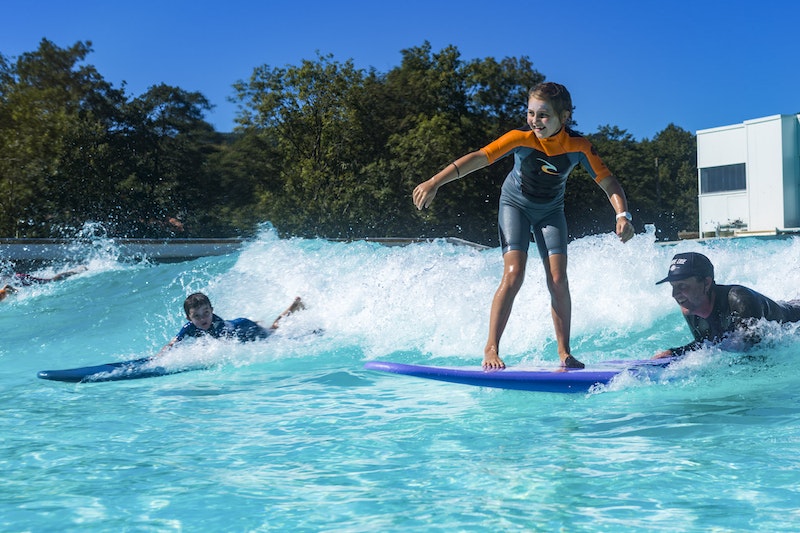 Ecotricity, a British energy company, is supplying 100% green electricity to The Wave, Europe's newest inland surfing venue. For more information see the IDTechEx report on Energy Harvesting Microwatt to Megawatt 2019-2029.
The Wave, which opened last weekend near Bristol, boasts a 180m surfing lagoon which promises an unrivalled inland surfing experience suitable for everyone from beginners to seasoned surfers. Using the latest technology, The Wave can generate over 1000 waves every hour.
As well as supplying its commercial electricity - Ecotricity and The Wave are going one step further in the fight against the climate crisis - by supplying the new venue with electric vehicle charging points, while Ecotricity's sustainability and energy specialists are advising on future installation of solar panels at The Wave. The Wave will also promote Ecotricity's renewable energy and encourage its customers to consider going green to do their own bit to help save the planet.
Chris Hines, Head of Sustainability at The Wave and Founding Member of Surfers Against Sewage, said: "We are delighted to be partnering with Ecotricity as our energy provider. From the outset of this project 8 years ago we had always said that we must be powered by renewable energy. It would be simply unacceptable for relatively comfortable UK surfers to surf waves powered by fossil fuels which would contribute to climate change and specifically sea level rise and acidification of the oceans. That would lead to major impacts on some of the financially poorest people on the planet. Even if you were to look at this purely from a surfer centric position it would be contributing to the destruction of the very things we treasure. I even stated at a Wave Park summit that it would be ironic, if not moronic, to power an artificial wave with carbon based fossil fuels."
Paul Sands, Growth Director, Ecotricity, added: "We're really excited to be partnered with The Wave and powering this new attraction with 100% renewable electricity. Ecotricity is different to most other green energy suppliers - we're building new forms of renewable energy to build a greener Britain, and the more businesses like The Wave who join us, the more we can do to help save the planet."
Source and top image: Ecotricity