World's Biggest Battery to Get Bigger 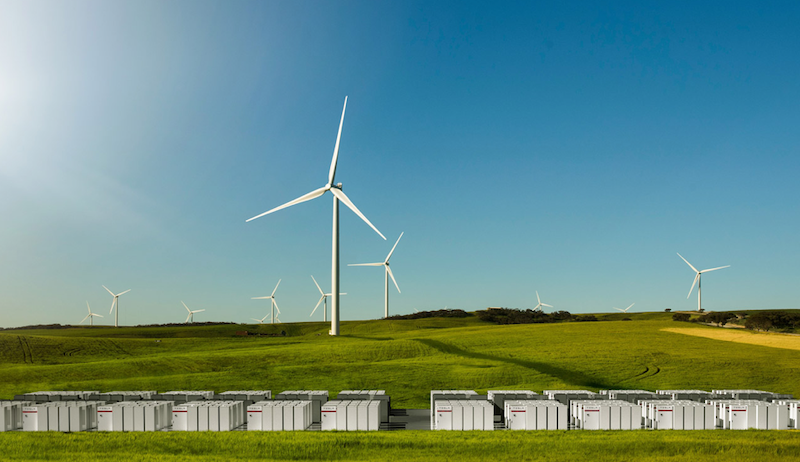 Neoen, a producer of exclusively renewable energy, announces a 50 per cent expansion of its Hornsdale Power Reserve in South Australia. The 50 MW/64.5 MWh expansion, supported by Tesla, will further showcase the complete benefits that grid-scale batteries can provide to the National Electricity Market and Australian consumers. For more information see the IDTechEx report on Batteries for Stationary Energy Storage 2019-2029.
In its first year of operation, the battery has saved consumers more than $50 million AUD, and the expansion which will be completed in the first half of 2020, will see these savings continue to grow.
Alongside additional power system reliability and continued cost savings to consumers, the expansion will provide an Australian-first large-scale demonstration of the potential for battery storage to provide inertia to the network which is critical to grid stability and the future integration of renewable energy. This will ensure South Australia can continue to harvest its wind and solar resources and support the transition to net 100% renewable energy generation in the 2030s, and further drive down electricity prices for all consumers.
The South Australian Government is playing an instrumental role in this project by committing $3 million AUD per year for 5 years in grant funding toward the expansion through its Grid Scale Storage Fund, to secure the delivery of the inertia benefits highly needed by the grid. The Hornsdale Power Reserve expansion is the first project to receive support from the fund; established in November last year to accelerate the deployment of new storage projects capable of addressing some of the key challenges that are having cost and security impacts on the South Australian power system. On behalf of the Australian Government, the Australian Renewable Energy Agency has committed $8 million AUD in grant funding through its Advancing Renewables Program. Moreover, the project will also be the first battery project in Australia to benefit from debt financing support from the Clean Energy Finance Corporation.
Louis de Sambucy, Managing Director Neoen Australia said, "I would like to thank the South Australian Government, ARENA and the Clean Energy Finance Corporation in supporting the expansion of the Hornsdale battery. The support of the South Australian Government has been central to the project, alongside its vision of making the state an exporter of renewable energy. The expansion of Hornsdale Power Reserve is demonstrating the critical and multiple roles that batteries will play in the grid of the future. I would also like to acknowledge the great support of the Australian Renewable Energy Agency to bring forward the critical innovations and regulatory changes that the network requires, and of the Clean Energy Finance Corporation for this first financing support for a battery project."
Darren Miller, ARENA CEO said, "Large scale batteries are playing an important role in providing short term, large scale energy storage to help firm and balance the grid. The Hornsdale battery is a ground-breaking project that has proven what batteries can do for our electricity system, and this expansion will now show that it is capable of much more by demonstrating inertia, expanded FCAS functionality and extended support for the Heywood interconnector. Along with providing essential services to the South Australian grid, this will help to inform the regulatory changes required to value these services and create additional revenue markets for other batteries to enter the market on a commercial basis. We hope this project will not only demonstrate the versatility of batteries in providing a range of grid services but also help pave the way for market reform."
Ian Learmonth, CEFC CEO said, "We see grid-scale batteries as a critical part of the next wave of investment that will support the rapid and unprecedented changes we are seeing across Australia's electricity system. The Hornsdale Power Reserve has already delivered substantial benefits to South Australia, providing grid reliability, reducing energy costs and integrating the State's substantial renewable energy resources into the grid. It is an exciting model that can be extended across the grid to strengthen reliability and maximise the benefits of renewable energy. By delivering our first project financing of a stand-alone grid-connected battery in the Australian market, our goal is to demonstrate the market potential of grid technologies for other investors and developers. We are delighted to work with an industry leader such as Neoen in this project."
Source: Neoen
Top image: Hornsdale Power Reserve
Learn more at the next leading event on the topic: Energy Storage Innovations USA 2020