The Importance of Waste-to-Energy Solutions 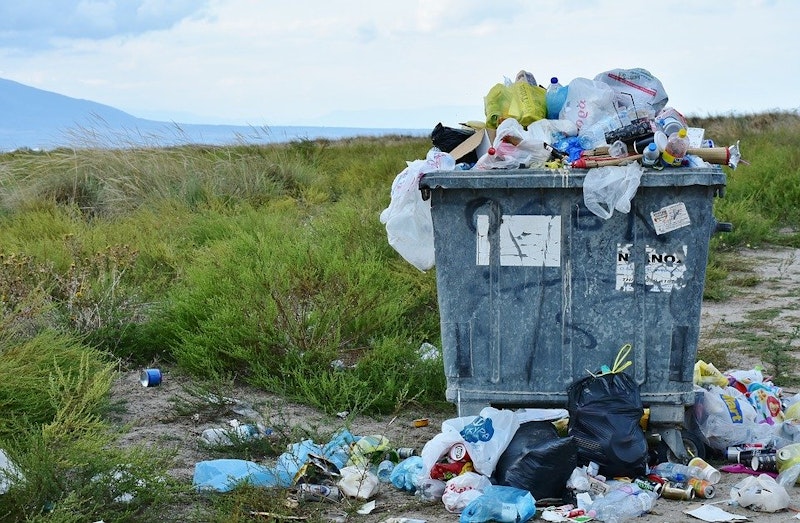 Our world is dealing with a crisis — mountains and mountain of waste. At the same time, the worry of fuel shortages is also rising. Can the two issues be combated together?
According to waste management experts, yes, we can. With progress being made across various "waste-to-energy" schemes, just what can these developments do to tackle the waste and fuel conundrum? And will the new methods of dealing with waste offer any benefits to society? Are all waste-to-energy methods viable options, or are some less environmentally friendly than others? Alongside waste management experts and skip hire supplier Reconomy, we investigate the status of waste-to-energy solutions, and how waste could provide energy in place of fossil fuels. For more information see the IDTechEx report on Energy Harvesting Microwatt to Megawatt 2019-2029.
Beyond recycling: why we need to do more
There's been a number of movements in the last decade to help combat waste. The 5p plastic bag levy for one, and the introduction of a doorstep recycling collection in the UK spring to mind. But what happens after we pop our rinsed-out food containers in our blue bins? Well, it might not always be recycled: in the wake of China's plastic waste import ban, it was revealed that much of the waste marked for "recycling" had been sent to the country and was contaminated by general waste or food residue. As such, it unfortunately ended up as landfill and incorrectly counted towards the UK's recycling target.
Landfills are particularly problematic. Not only are they an eyesore, but according to Prescouter, as waste breaks down on a landfill, gases such as methane and dioxins are released, along with a toxic liquid known as leachate. Leachate has the potential to contaminate soil, water, plants, and food.
Current methods of waste-to-energy
Prescouter outlines the current methods of waste-to-energy:
Issues of some waste-to-energy methods
The problem with thermal methods of waste-to-energy, such as incineration, is that while the process produces energy, it also releases harmful ashes and emissions when long form carbon is burned (such as plastic).
Benefits of waste-to-energy
Melting Coal lists several benefits to using energy from waste. Such perks include landfill reduction, avoidance of landfill tax and charges, and of course, renewable energy. Unlike fossil fuels, waste is not going to drop in availability. Bioenergy consult points out that, while more than 50% of waste is burnt for energy, it is a "short carbon cycle" that means the original matter doesn't contribute to climate change originally. In contrast, long carbon cycles like plastic have already contributed to climate change in their creation and burning them for energy would offset some of that carbon cost.
Carried out and monitored correctly, waste-to-energy has the potential to offer a renewable source of energy with a low carbon emission rate. Using waste as the catalyst for creating fuel isn't the issue as much as the process in which the fuel is obtained. As discussed, incinerating fossil fuels or waste for energy is problematic, but other methods such as biochemical processes could see waste provide energy while simultaneous reducing the volume of rubbish.
The future of waste-to-energy
In order to combat our growing waste issue, waste-to-energy is a no-brainer; why use fossil fuels when we can reduce our waste volume and provide energy at the same time? The challenge now is to make sure that the emissions from these energy processes are monitored and reduced as much as possible. Dubai has already announced that it will invest in the world's largest thermal waste recycling plant; or in Mexico, Project Termo will see the development of a waste-to-energy plant near Mexico City.
Sources:
https://cnim.com/en/businesses/treatment-and-recovery-waste
https://prescouter.com/2017/10/waste-to-energy-technologies-available/
https://www.bioenergyconsult.com/importance-waste-energy/
https://meltingcoal.wordpress.com/2013/05/12/10-benefits-of-waste-as-a-source-of-energy/
http://theconversation.com/explainer-why-we-should-be-turning-waste-into-fuel-77463
https://press.besix.com/besix-to-build-one-of-the-worlds-largest-thermal-waste-recycling-plants-in-dubai
http://www.iic.org/en/projects/project-disclosure/12105-01/project-termo-mexico-city-waste-energy-ppp https://friendsoftheearth.uk/about-us/recycling-bill-success-how-we-got-uk-recycling
http://www.btgworld.com/en/rtd/technologies/torrefaction https://en.wikipedia.org/wiki/Plasma_gasification
https://en.wikipedia.org/wiki/Gasification https://en.wikipedia.org/wiki/Pyrolysis
http://www.alternative-energy-news.info/negative-impacts-waste-to-energy/
Source: Mediaworks
Top image: Pixabay