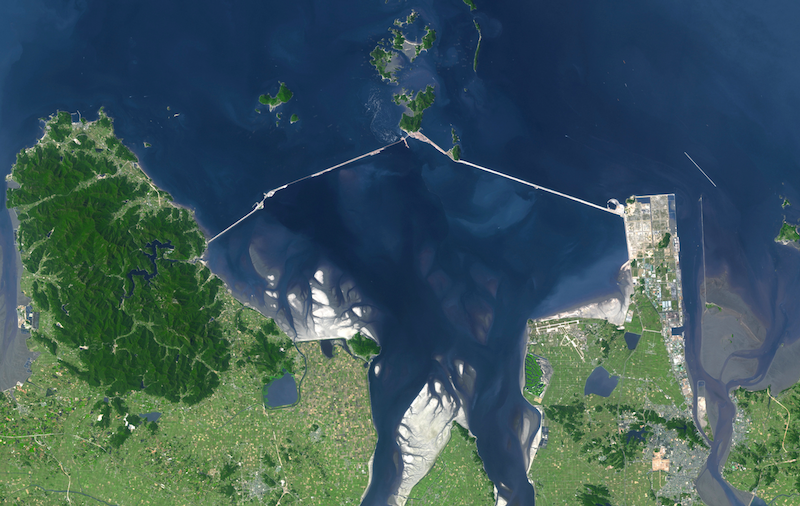 The Saemangeum Investment Agency of Korea (SDIA) together with Amsterdam Capital Partners (AMSCAP), G8 Subsea (G8), and Saemangeum Offshore Wind Power (SOWP) have agreed to cooperate towards a giant renewable energy mega-development of up to 3GW in the Yellow Sea off Korea. For more information see the IDTechEx report on Distributed Generation: Minigrid Microgrid Zero Emission 2018-2038.
Plans for the near-shore Saemangeum Industrial Complex include a vast 2.7GW floating solar array and 300MW of offshore wind.
The floating PV plant would be located behind the world's longest seawall at Saemangeum that encloses 409km2 of reclaimed area, AMSCAP and G8 said, without giving further details about the coastal complex.
AMSCAP said it will work together with G8 alongside SOWP on the offshore wind development, on both financial and a technical elements of the project. SOWP has already developed a 100MW offshore wind project that is in final development stage, with all permits and regulatory approvals secured.
South Korea has earlier said it aims to develop 13GW of offshore wind capacity off its coast by 2030 to drive toward a target of having at least 30% renewable energy in its national mix by 2040.
SDIA is a central government agency of South Korea responsible for the Saemangeum Project, a grand national development project established in 2013 by executive order. The agency is in charge of administrative services and support, from master planning and coordination to investment attraction and promotion.
Source: IEEFA
Top image: Wikipedia