Largest Photovoltaic Plant in Europe Finalized Within One Year 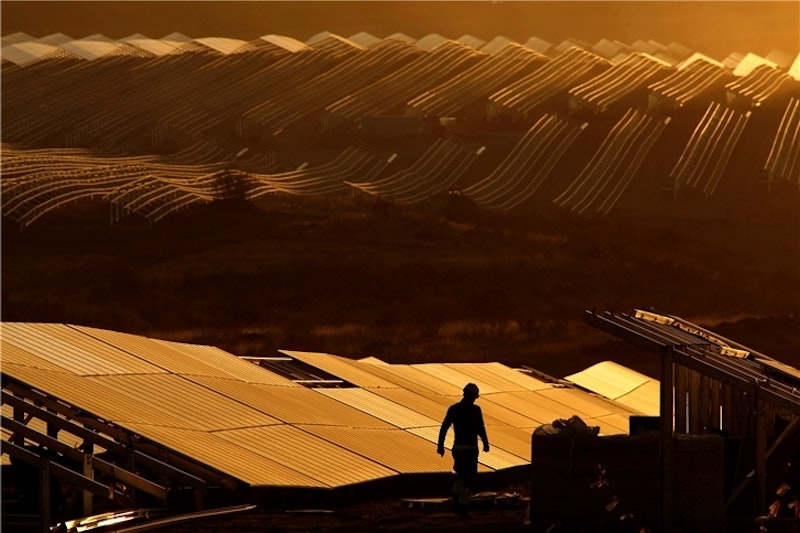 Europe's biggest photovoltaic plant has been finalized. Iberdrola has completed, in just one year, construction of the Núñez de Balboa project, which recently obtained its commissioning permit from the Ministry for Ecological Transition and for which Red Eléctrica de España (REE), the national grid, has started energisation tests. Based on these processes, the plant is forecast to start operations in the first quarter of 2020.With the completion of Núñez de Balboa, with an installed capacity of 500 megawatts (MW) and an investment of nearly 300 million euros, Iberdrola moves forward in its plan to relaunch green energy in Spain, which envisages the installation of 3,000 MW by 2022, with Extremadura at the centre of its strategy. Núñez de Balboa extends over an area of some 1,000 hectares (2,470 acres) straddling the municipalities of Usagre, Hinojosa del Valle and Bienvenida in the province of Badajoz. For more information see the IDTechEx report on Distributed Generation: Minigrid Microgrid Zero Emission 2018-2038. The plant, promoted in collaboration with Ecoenergías del Guadiana, is a flagship renewable project that has broken records:
Aother 1300 MW in Renewables in the Pipeline in Extremadura
Iberdrola has placed Extremadura at the centre of its renewable strategy in Spain, where it plans to install more than 2,000 MW of photovoltaic energy by 2022. In addition to Núñez de Balboa (500 MW), the company has more than 1,300 MW in renewables in six pipeline photovoltaic projects: Francisco Pizarro (590 MW), located in Torrecillas de la Tiesa; Ceclavín (328 MW), in Alcántara; Arenales (150 MW), in Cáceres; Campo Arañuelo I, II and III (150 MW), in the district of Almaraz; and Majada Alata and San Antonio (50 MW each), in Cedillo. Furthermore it has 300 MW grid access available with which to plan another photovoltaic project. Thanks to the regional administration's agility in processing renewable projects, construction of the next plant, the Campo Arañuelo complex (Arañuelo I, II and III), with 150 MW, will be able to start in early 2020. This development, which could create another 200 jobs during its construction. has a high level of local involvement, the engineering and environmental works having been awarded to Badajoz-based Ecoenergías del Guadiana and the power transformers being supplied by Faramax, of Cáceres. The project also includes an energy storage system involving the use of an innovative battery.
Plan to Relaunch Clean Energy in Spain
Iberdrola's plan to invest in renewable energies in Spain includes the installation of 3,000 new MW by 2022. By 2030, company forecasts point to the installation of 10,000 new MW. These actions will enable jobs to be created for 20,000 people. Currently, the company's projects in construction and at the detail design stage - wind and photovoltaic - amount to more than 4,000 MW in Extremadura, Castilla-La Mancha, Castilla y León, Navarre, Aragon, Murcia, Cantabria and Andalusia. In Spain, Iberdrola is the leader in renewable energies, with an installed capacity of 16,000 MW (over 30,300 MW worldwide), making its generation facilities some of the cleanest in the energy sector. Iberdrola's commitment to a decarbonised economic model has led it to earmark 10 billion euros a year for investment in renewable energies, smart electricity distribution networks and storage technologies, on top of the 100 billion already invested since 2001.
Source and top image: Iberdrola