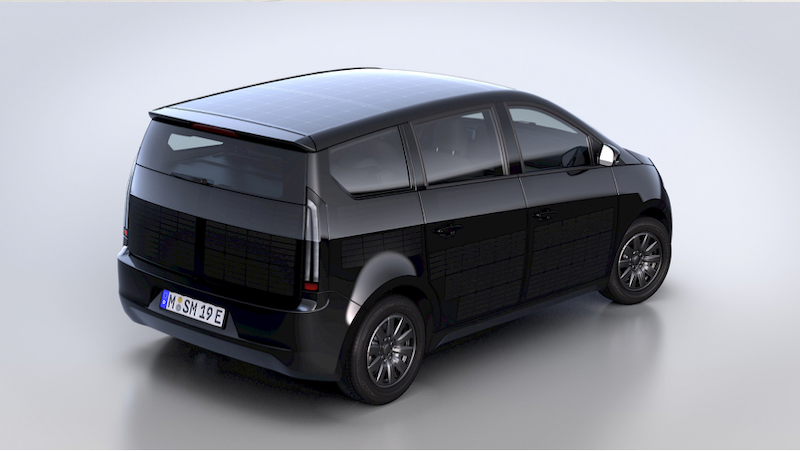 The Munich-based mobility provider Sono Motors has successfully completed the extension of its campaign to finance the company and has exceeded its target of 50 million euros. With one of the largest community funding campaigns in Europe, an average of one million euros a day has been invested in the campaign over a period of 50 days, of which around 75 percent stem from reservation holders of the Sion - the first solar electric vehicle (SEV), 19 percent from existing and new investors and around 6 percent from loans and donations. In December 2019, in full transparency Sono Motors announced a strategic reorganization of the company's finances to protect its values and technologies. Therefore, they gave the Sono Motors community the possibility to take the decision on whether to continue the "project Sion". For more information see the IDTechEx report on Solar Cars, Buses, Trucks, Trains 2020-2030.
"53 million euros, invested by the centre of society, for the forward-looking and sustainable mobility concept of a start-up is a clear signal, also directed at politicians to make adjustments. Electromobility and the support of young companies in Germany has to be pursued faster and more vigorously. We at Sono Motors now see it as our responsibility to live up to the trust placed in us by our supporters. Together with the community, we will continue on our path to bring the Sion into production as quickly as possible," says Laurin Hahn, CEO and co-founder of Sono Motors.
The Sono Motors community will continue to play a key role in the further financing of the company, together with sustainable and value-based investors. The inflows from the now completed community funding campaign will be used to finance the construction of series prototypes and to set up production. Sono Motors plans to produce a total of 260,000 Sion over a period of eight years at the former Saab plant in Trollhättan, Sweden. The company currently has 13,000 reservations for the Sion.
The exterior of the Sion is entirely covered in Solar Body Panels. In the course of a completely new manufacturing process, the solar modules are perfectly adapted to the shape of the vehicle. Thanks to 248 solar cells seamlessly integrated into the body, the Sion can charge its battery during the day through the power of the sun. In Germany, for example, up to 34 kilometers of additional range per day can be generated purely by solar energy. The innovative manufacturing process enables the seamless integration of solar cells into the body of the Sion or other surfaces.
Source and top image: Sono Motors