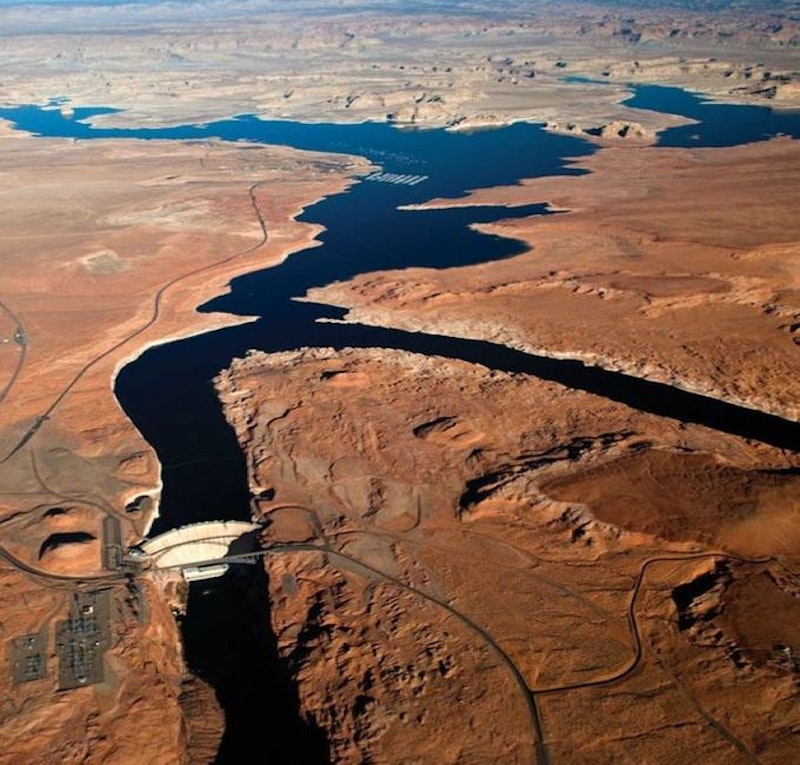 Daybreak Power Inc, a developer of gigawatt-scale energy storage projects, announced today that the Federal Energy Regulatory Commission has accepted the company's application for a preliminary permit for its proposed 2,200 megawatt Navajo Energy Storage Station near Page, Arizona, USA.
FERC's decision marks an important early milestone for this estimated $3.6 billion project, which would utilize existing transmission infrastructure at the retired Navajo Generating Station coal plant and serve as an anchor of economic development as the Navajo Nation transitions to renewable energy resources. For more information see the IDTechEx report on Batteries for Stationary Energy Storage 2019-2029.
The Navajo Energy Storage Station (NESS) is a pumped storage hydropower facility that would use water from Lake Powell and a new reservoir on a plateau above the lake to create a gigantic battery. The facility would use cheap, abundant solar and wind energy to pump water to the upper reservoir, then release it through turbines to generate 10 hours of renewable energy each day to power cities in California, Arizona and Nevada when demand peaks late in the day and through the night.
Unlike other proposed pumped storage projects in the region, the NESS project would not dam any rivers, inundate sacred places or deplete precious groundwater. It was sited to minimize impacts on endangered species, steer clear of culturally significant sites and avoid adverse impacts on recreation.
Daybreak Power is committed to working with the Navajo Nation, other First Nations, the recreation industry and conservation groups to wisely develop this storage project that will open a path to building a 100 percent carbon-free economy once and for all.
"Everyone knows we're going to need massive amounts of storage to integrate high levels of renewables, and we need to do it smart and cost-effectively. The Navajo Energy Storage Station does that," said Daybreak CEO Jim Day. "This project marks a turning point for this region to begin its transition off of coal and onto solar and wind at a scale never seen before, here or anywhere else."
The NESS facility is Daybreak's second huge energy storage project, following its proposed 1,540 MW Next Generation Pumped Storage facility that would utilize water from Lake Mead and transmission infrastructure near Hoover Dam.
Each of these projects dwarfs any proposed storage facility using lithium-ion batteries, leveraging the economy of scale and 50+ year lifespan of pumped hydro facilities to offer a far more cost-effective storage solution. Pumped hydro is a well understood technology that has provided 95 percent of the nation's electricity storage for decades—far longer than the lifespan of current batteries, which wear out in just a few years.
"It's long past time to stop messing around and start building storage projects that actually work to deliver renewable energy on-demand, around-the-clock," Day said.
Source and top image: Daybreak Power Inc