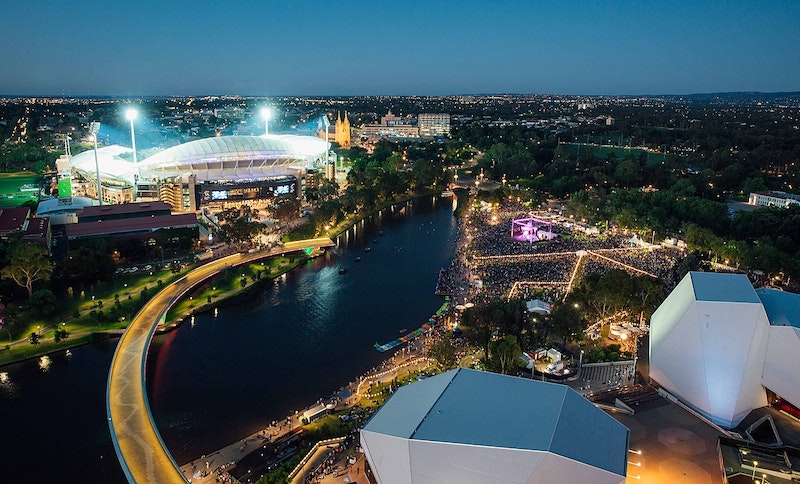 In a first for a South Australian council, the City of Adelaide's operations will be powered by 100 per cent renewable electricity as part of a power purchase deal from 1 July 2020.
The City of Adelaide is partnering with Flow Power to meet its electricity needs from a mix of wind and solar power. This city leading project is a long-term commitment that will support South Australia's energy transition and foster the growth of new renewable energy generation. For further information see the IDTechEx report on Energy Harvesting Microwatt to Megawatt 2019-2029.
Lord Mayor of Adelaide, Sandy Verschoor, said that procuring 100 per cent renewable electricity was part of the City of Adelaide's commitment to becoming a carbon neutral council and will reduce its emissions by approximately 50 per cent. "The City of Adelaide is taking climate change seriously and this partnership demonstrates that we are taking real and meaningful action on climate change. We are leading the way in the transition to cost effective, clean and reliable energy," said the Lord Mayor.
"From the 1 July 2020, if it's run by the City of Adelaide, it's being powered by renewable electricity - the agreement is a first for any council in South Australia. This means that all our corporate and community buildings, council event infrastructure, electric vehicle chargers, barbecues in the Park Lands, water pumps, street lighting and traffic lights - everything that council operates - will be powered by renewable electricity. The electricity to be provided by renewable generation each year is equivalent to powering over 3,800 homes. The switch will reduce emissions by over 11,000 tonnes or the equivalent of taking 3,500 cars off the road. Electricity cost savings are anticipated to be in the order of 20 per cent compared to the City of Adelaide's most recent contract. This partnership will not only save our rate payers money; it helps cement Adelaide's international clean and green reputation."
The electricity in the contract will be delivered from Clements Gap wind farm in mid-north South Australia and new solar farms on the Eyre Peninsula and in the South East. The Streaky Bay and Coonalpyn Solar Farms, which Flow Power has acquired from Tetris Energy, are expected to help generate local employment opportunities in both construction and operational stages.
Flow Power Co-Founder and Director of Engineering and Projects, David Evans, said that the partnership with City of Adelaide would play an important role in driving investment in new renewable projects.
"This deal will provide crucial support to new solar projects in the state, creating jobs and helping to bring more renewables into the system. It's evident that South Australia is a world leader in renewable energy. We have seen significant growth since opening our Adelaide office and are committed to driving the uptake of renewable energy in the state for the long-term. We view this as a long-term partnership, which will empower the city to fulfil its ambitious climate commitments and create opportunities to support the energy system."
Frank Boland, Tetris Energy Director said, "Tetris Energy is pleased to reach this exciting milestone with Flow Power to acquire the Streaky Bay and Coonalpyn solar farms. Tetris is proud that these solar farms can enable the City of Adelaide to be completely powered by renewable electricity."
Switching to renewable electricity is only one part of how the City of Adelaide is taking action to address climate change.
In 2019, new solar panels were installed in four additional locations, increasing the City of Adelaide's total solar power capacity to over 1.1 megawatts and generating enough electricity to power 338 homes. Buildings such as the Adelaide Town Hall, works depots, car parks, Adelaide Central Market and Adelaide Aquatic Centre are being powered by on-site solar power, saving the City of Adelaide 12 per cent in building electricity use and over a quarter of a million dollars per annum.
The City of Adelaide also offers support and incentives for its ratepayers and property owners to become more sustainable. These include the Sustainability Incentives Scheme, the CitySwitch Green Office program and the Building Upgrade Finance program.
Source: City of Adelaide
Top image: Wikipedia