VestasStill Rules Turbine Market, But Challengers are Closing in 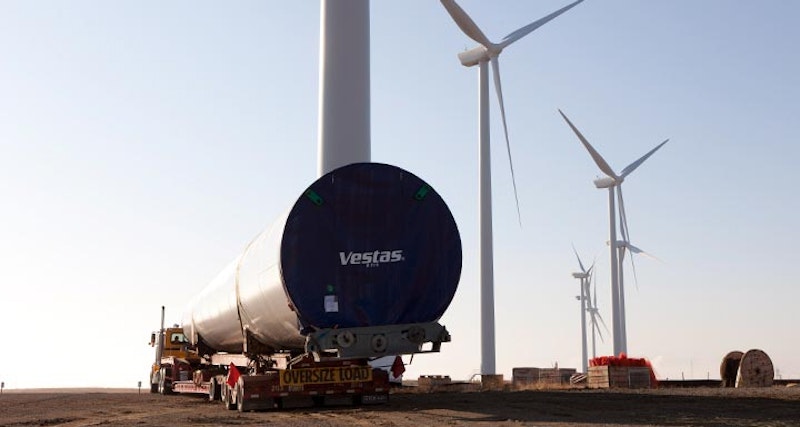 Developers commissioned almost 61GW of wind turbines globally in 2019, compared with 50GW in the previous year. Most of these were on land (88%) but the share of turbines installed offshore is growing, up four percentage points to 12%. Just four manufacturers accounted for more than half, or 55%, of the machines deployed: Denmark's Vestas, Spain's Siemens Gamesa, China's Goldwind, and General Electric of the U.S.
The latest data from BloombergNEF (BNEF) show that Vestas kept its crown as the world's leading turbine maker. A busy year offshore propelled Siemens Gamesa to second place, up from fourth. The figures draw on BNEF's global database of wind projects and extensive information from the industry. For further information see the IDTechEx report on Energy Harvesting Microwatt to Megawatt 2019-2029.
Of the top 10 onshore turbine makers, Vestas suffered the biggest slippage in its market share, down four percentage points to 18%, as its competitors gained ground. The top five remains unchanged, but in the chasing group, a strong year for Chinese installations pushed up Ming Yang, Windey and Dongfang Electric to sixth, seventh and ninth, respectively.
Nearly half of all new megawatts installed in the U.S. were from GE, enabling it to seize the top spot in its home market from Vestas. GE outperformed its rival by commissioning 40% more than it had in 2018, while Vestas' installation total was stable. Siemens Gamesa enjoyed the biggest bounce of any of the players in the U.S., tripling its 2018 numbers and taking over the third place from Nordex.
"Underpinning each of the leading onshore players is a strong presence in either the U.S. or China," said Oliver Metcalfe, wind analyst at BNEF and lead author of the report 2019 Global Wind Turbine Market Shares.
Weaker activity in specific markets hit some firms. Enercon and Senvion saw commissioned capacity plummet as Germany's onshore wind market collapsed due to a shortage of available sites, litigation and drawn-out lead times for projects. Suzlon suffered a similar fate in India, where project execution challenges resulted in installations falling short of expectations.
"2020 is set to be another strong year for installations in China and the U.S., as developers rush to build before subsidies lapse, but uncertainty post-2020 could expose some bigger players unless they diversify to new growth markets," Metcalfe said.
Total onshore wind additions in 2019 were 13.3GW in the Americas, 9GW in Europe1 and 0.5MW in Africa and the Middle East, while Asia Pacific accounted for 30.4GW. BNEF's database registered new wind farms starting full commercial operations in 43 countries.
Siemens Gamesa's offshore installations in European waters blew its competition away. The company retains the number one position in the offshore wind market after more than doubling its installations compared with 2018. The company commissioned almost two gigawatts in the U.K. alone, including the 1.2GW Hornsea Project One.
Tom Harries, head of wind research at BNEF, said: "This bumper year for offshore wind is just the start. If you look past a likely blip in 2020, installations are set to accelerate, breaking the 10GW-a-year barrier in 2023. This growth outlook has led to intense competition between turbine makers. At the moment, the advantage lies with the manufacturer selling the most powerful turbine. Industrializing the production of a slightly smaller turbine through higher volumes could lower costs and prices. The opportunities for turbine makers to offset lower prices with long-term maintenance contracts is less clear than it is in onshore wind."
Figure 1: Top 10 global wind turbine makers, 2019 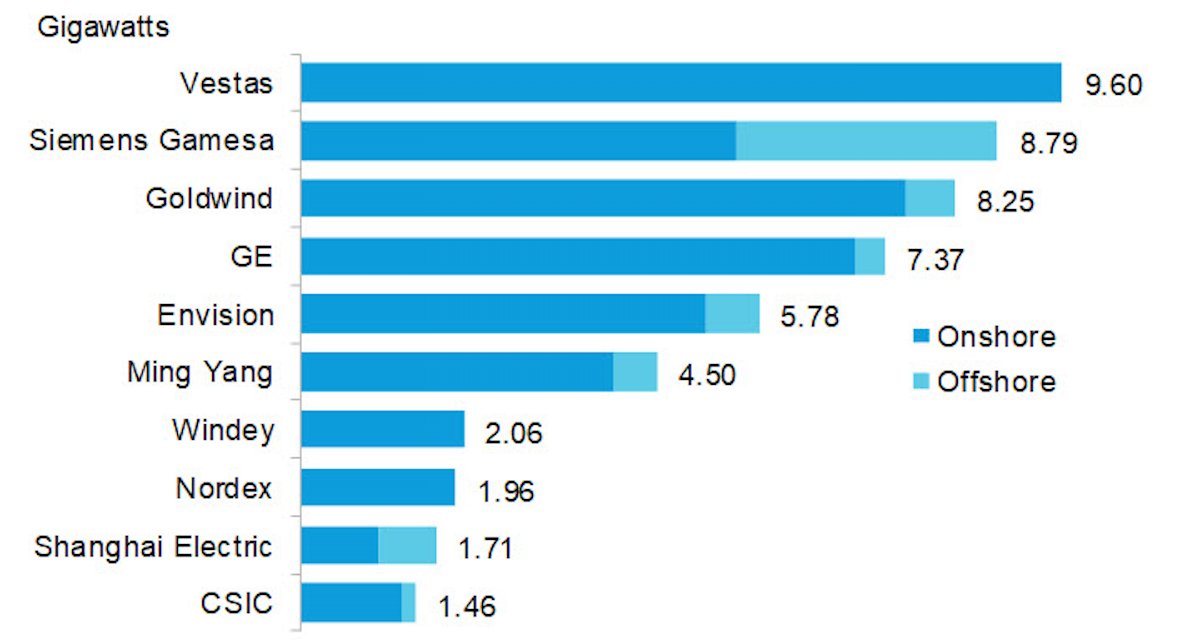 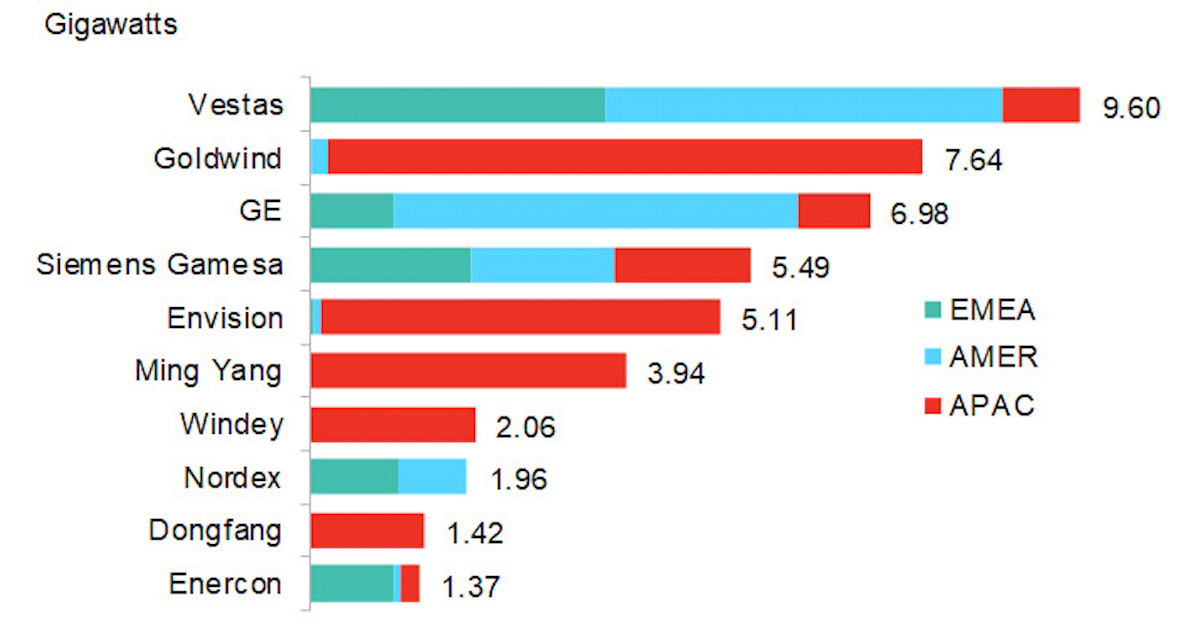