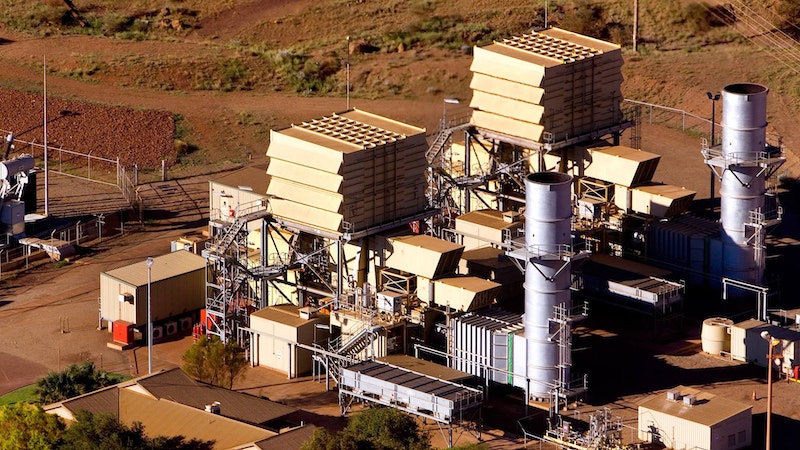 Rio Tinto has approved a $98 million (100 per cent basis) investment in a new solar plant at the Koodaideri mine in the Pilbara, Australia, as well as a lithium-ion battery energy storage system to help power its entire Pilbara power network. Koodaideri, 100 per cent owned by Rio Tinto, is located approximately 35 kilometres north-west of Rio Tinto's Yandicoogina mine site, and about 110 kilometres from the town of Newman. For more information see the IDTechEx report on Electric Vehicles and Robotics in Mining 2020-2030.
The 34 megawatt solar photovoltaic plant is expected to supply all of Koodaideri's electricity demand during peak solar power generation times and approximately 65 per cent of the mine's average electricity demand. The plant, Rio Tinto's first company-owned solar facility, will consist of an estimated 100,000 panels, covering an area of 105 hectares. Construction is expected to begin later this year, subject to government approvals, and is due to be completed in 2021.
Complementing it will be a new 12MWh battery energy storage system in Tom Price that will provide spinning reserve generating capacity to support a stable and reliable network. The solar plant and battery are estimated to lower annual carbon dioxide emissions by about 90,000 tonnes compared to conventional gas powered generation. This is the equivalent of taking about 28,000 cars off the road. For more information see the IDTechEx report on Batteries for Stationary Energy Storage 2019-2029.
Rio Tinto Iron Ore chief executive Chris Salisbury said "The construction of our first solar plant in the Pilbara is a significant milestone for the business and an important step in reducing our carbon footprint in the region. We are investigating additional renewable energy options in the Pilbara, as well as other opportunities to reduce emissions across our entire global portfolio, building on the 43 per cent reduction in absolute greenhouse gas emissions since 2008."
Rio Tinto is working to define new emissions reduction targets from 2020 as part of their transition to a lower carbon world.
The $2.6 billion Koodaideri mine was approved in November last year with construction commencing earlier this year. Production capacity will be 43 million tonnes annually with first production is expected to commence by the end of 2021.
Rio Tinto's Weipa operation in Queensland sources power from an on-site solar facility.
Source and top image: Rio Tinto
Learn more at the next leading event on the topic: Energy Storage Innovations USA 2020