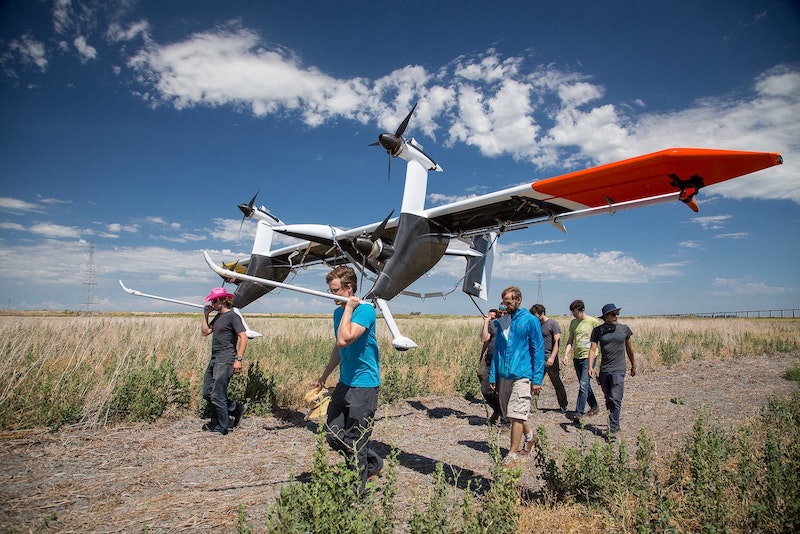 Makani Wind Power was founded in 2006 by a group of kitesurfers who were curious about the potential for kites to unlock wind energy in more places around the globe. They started by asking questions: could they make wind energy cheaper and more accessible? Could they replace thousands of pounds of steel with smart software and advanced materials? Could they create kites that would fly themselves? These questions fueled a 13-year-long journey in which Makani created a new kind of wind power technology: energy kites. For more information see the IDTechEx report on Airborne Wind Energy 2019-2039.
Makani spent the past seven years at Alphabet, during which time their technology advanced from a 20kW demonstrator kite, to a utility-scale kite capable of generating 600kW. Last year, after leaving X to become an independent business, their focus shifted to becoming commercially viable and with the support of Shell, Makani was able to demonstrate the first flights of a utility-scale energy kite system from a floating platform off the coast of Norway.
Creating an entirely new kind of wind energy technology means facing business challenges as well as engineering challenges. According to a blog post from Makani CEO Fort Felker, despite strong technical progress, the road to commercialization was longer and riskier than hoped and Makani's time at Alphabet is coming to an end. Makani stressed that this does not mean the end of the road for the technology Makani developed, but it does mean that Makani will no longer be an Alphabet company. Shell is exploring options to continue developing Makani's technology.
Makani thank ARPA-E, who funded the development of their 20kW demonstrator kite; Alphabet, who incubated Makani for seven years, and Shell; who supported Makani as they transitioned the energy kite system offshore.
Source and top image: Makani Wind Power