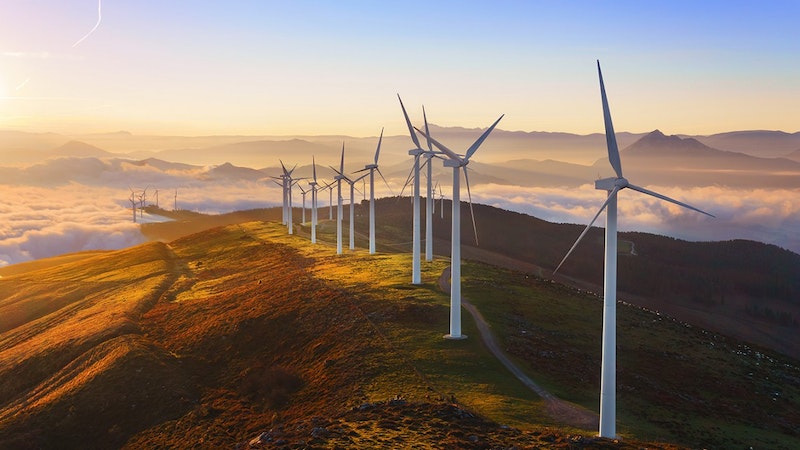 The United States could generate 20% of its electricity in a breezy way within 10 years according to new Cornell research.
"The United States currently produces about 7% of its electricity from wind energy," said Sara C. Pryor, professor in the Department of Earth and Atmospheric Sciences. "This research shows that a quadrupling of the installed capacity of wind turbines from 2014 levels will allow us to attain the goal of 20% of electricity from the wind, without requiring additional land, or negative impacts on systemwide efficiency or local climates."
The research, "20% of U.S. Electricity from Wind Will Have Limited Impacts on System Efficiency and Regional Climate," published Jan. 17 in Nature Scientific Reports. The research is funded by the Office of Science at the U.S. Department of Energy and is based on an extensive series of high-resolution atmospheric simulations. For more information see the IDTechEx report on Energy Harvesting Microwatt to Megawatt 2019-2029.
Pryor worked with Rebecca J. Barthelmie, professor in the Sibley School of Mechanical and Aerospace Engineering, and postdoctoral researcher Tristan J. Shepherd to develop scenarios for how wind energy can expand from current levels to one-fifth of the entire U.S. electricity supply by 2030, as outlined by the U.S. Department of Energy's National Renewable Energy Laboratory (NREL) in 2008.
Called the "20% Wind Scenario," the NREL report noted that generating 20% of U.S. electricity from wind could eliminate approximately 825 million metric tons of carbon dioxide emissions in the electrical energy sector in 2030.
From 2016 to 2017, wind-generated electricity in the U.S. grew by 12% to 254 terawatt hours - then increased another 8.3% to 275 terawatt hours in 2018, the researchers said. In context, the U.S. currently uses approximately 310 to 320 terawatt hours of electricity each month - generated from coal, natural gas, nuclear and renewable energy power plants.
"Wind energy is already playing a key role in decarbonizing the global energy system," Pryor said. "Wind turbines repay the lifetime carbon emissions associated with their deployment and fabrication in three to seven months of operation and provide nearly 30 years of virtually carbon-free electricity generation."
But, the researchers asked, does quadrupling the number of wind turbines reduce the efficiency of turbine fleets that gather energy? And can that generation negatively affect the local climate?
In high-density arrays of large wind turbines, the researchers examined possible declines in systemwide efficiency associated with a phenomenon called "wind turbine wakes," where the wind speed is slowed by extraction of momentum by wind turbines. This wake is eroded by mixing with undisturbed air in the atmosphere, but can reduce the wind speed that impinges on downstream wind turbines.
"The 'theft' of wind by upstream wind turbines reduces the overall power produced by the total ensemble of wind turbines and the enhanced mixing (turbulence) can alter local climate conditions close to wind turbines," said Barthelmie.
The researchers offered scenarios - such as repowering turbines with improved technology - for expanding the installed capacity of wind turbines without using additional land. The researchers demonstrated that expansion of the installed capacity has a tiny influence on systemwide efficiency and very small impacts on local climate that are reduced by deploying large, state-of-the-art turbines.
Source and top image: Cornell University