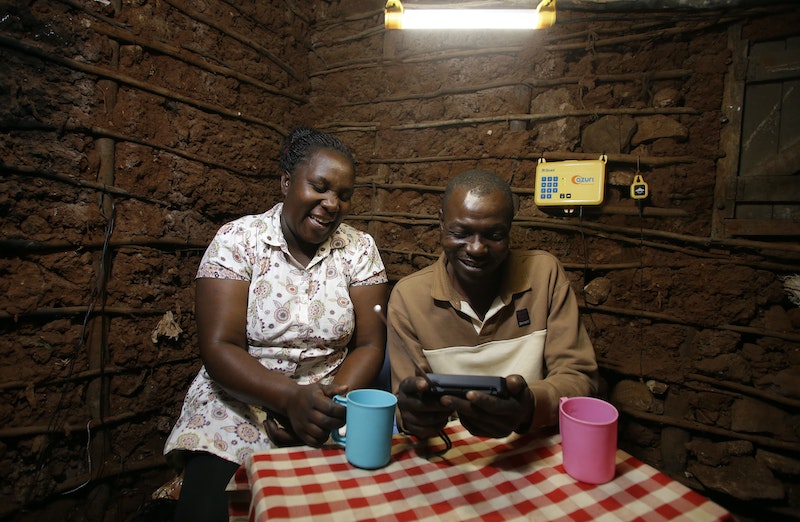 Azuri Technologies, a pioneer in pay-as-you-go solar home solutions for off-grid Africa, has been ranked the 370th fastest growing company in Europe by the Financial Times in their annually compiled FT1000 list.
The ranking is based upon annual growth rate in revenue between 2015 and 2018 and those that make the list are considered to be at the forefront of business and innovation. Azuri ranked 370 on the list, having achieved a 460% revenue growth during the four-year period. This is the second consecutive year the company has been ranked in the FT1000. Azuri was the only off-grid solar company listed and the company's growth can be attributed to the need for affordable, off-grid energy solutions in sub-Saharan Africa. This is a region where 600 million people lack access to reliable energy services and modern devices. for further information see the IDTechEx report on Distributed Generation: Minigrid Microgrid Zero Emission 2018-2038.
"Azuri continues to go from strength to strength and we are delighted for the ongoing recognition for our work and continued expansion across sub-Saharan Africa. The FT1000 results show that innovative technology solutions can thrive while also making a difference to the lives of millions," commented Simon Bransfield-Garth, CEO of Azuri Technologies.
Azuri has been operating in sub-Saharan Africa since 2012 and has sold more than 200,000 systems to date. Azuri has coupled off-grid solar with energy-efficient smart TVs, rechargeable radios, satellite entertainment, internet access and a range of other appliances and services to bring modern digital technology to off-grid households.
In addition to research and development facilities in Cambridge, Azuri has operations in Kenya, Tanzania, Uganda, Zambia and Nigeria.
Azuri was also ranked the 42nd fastest growing British technology company in the 2019 Fast Track 100 list, published by The Sunday Times and Hiscox. For the complete FT1000 list visit: https://www.ft.com/reports/europes-fastest-growing-companies
About Azuri Technologies Ltd
Azuri Technologies is a leading provider of affordable pay-as-you-go solar home systems to off-grid consumers across Africa. Combining the latest solar innovation and mobile payment technology, Azuri delivers reliable, renewable and distributed power to the millions who have no access to modern powered services. Azuri operates in five key territories; Kenya, Nigeria, Zambia, Tanzania and Uganda with East Africa Headquarters in Nairobi, Kenya and West Africa Headquarters in Lagos, Nigeria.
For more information, please visit: www.azuri-technologies.com