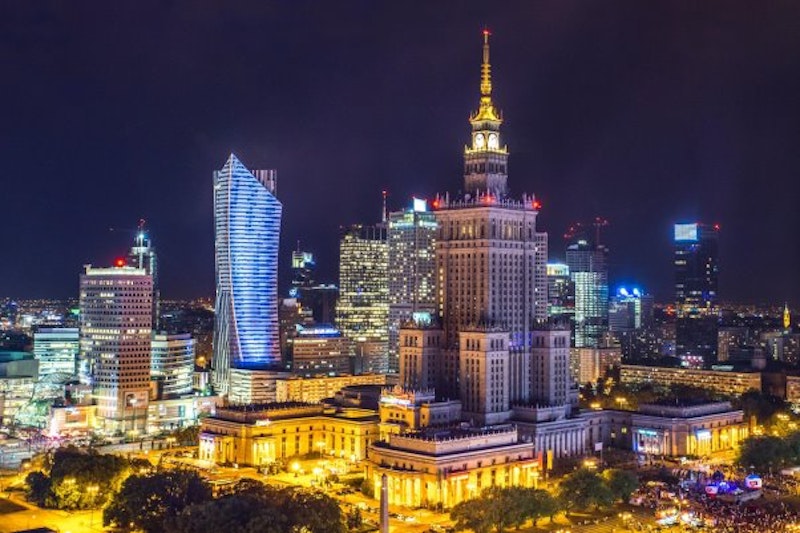 Last year was the most fortunate year for the European Union in the solar energy sector. In 2019, the EU added 16.7 GW solar energy installations to its portfolio, increasing the number by 104% since 2018. The sharp rise marked the biggest growth in solar energy generation since 2010. So far, five member countries have contributed the most, including Spain (4.7 GW), Germany (4 GW), the Netherlands (2.5 GW), France (1.1 GW), and Poland (784 MW).
Although the other 18 member states are lagging behind to meet the EU's energy plans, the majority of the members are contributing to the progress, including a significant Poland's achievement. The country quadrupled its solar power installations from 203 MW connected to the grid in 2018 to 784 MW in 2019. In 2020, Poland is planning to almost double its installations to 1.3 GW. These changes are important for the EU and Poland, as the country is the biggest coal producer in the Union. For further information see the IDTechEx report on Energy Harvesting Microwatt to Megawatt 2019-2029.
Previously, the country has been struggling to meet the Union's renewable energy plans, but in 2019, Poland had a sharp rise in solar energy generation. Although the biggest renewable source is wind power, Poland is turning its focus on expanding the solar energy sector.
With many new projects on the way in Poland, Sun Investment Group - the leading solar plant developer in Central Europe - shares their take on it. The organization has been working with the Polish market for years, and they have already developed 109 MW solar power capacity in the country. And with the rapid increase in the solar energy market, the organization is expanding further. They have 500+ MW of projects under the advanced development stage in different regions around.
Deividas Varabauskas, CEO and managing partner at Sun Investment Group, comments on aspects contributing to the transition to renewables and the sector's further growth. "We are excited that Poland is now turning to be one of the fastest-growing solar power producers in the European Union. We believe that the progress was only possible due to source-specific auctions organized by the state (for PV projects of less than 1MWp), which will soon be boosted even further by big PV projects that will replace wind projects in technology-neutral auctions as there are very few new wind projects that comply with new regulations. This is a win-win approach, as current price bids are very close to the market price, giving a predictable revenue for 15 years to the PV generator and very soon an additional revenue for the Polish state treasury."
Mr Varabauskas adds that the transition to solar energy will benefit not only air quality and environment but also the Polish state treasury and energy system. "Due to the rising CO2 certificate prices, the state will soon start generating income from the difference between auction price awarded to the generator and a market price of electricity, that in a few years will become higher than auction price awarded to PV (photovoltaics) generators. The impact of CO2 European Emission Allowances price increases will severely affect power prices in Poland, as coal is the most CO2 intensive source of energy, and Poland is mostly dependent on coal for its power and heat generation. Obviously, this is an enormous motivation for Poland to transition from coal to renewables as soon as possible, however, it will still take a very significant time to fully transform its energy infrastructure, which means PV is going to help save money to Poland and its citizens and businesses."
According to Mr Varabauskas, these changes would be impossible without the country's government's significant dedication to establishing the solar power production market in Poland. It is also very important that auction system is prolonged beyond 2021 to ensure the uninterrupted investments in new PV projects, as relying on purely market solutions is just wishful thinking, especially in the current economic recession environment. "Although the solar energy market in Poland is in its early stage, the 2019 Global Infrastructure Index ranked the country as one of the top markets for clean energy production, which makes it very attractive to investments in solar energy and renewables."
Source and top image: Sun Investment Group