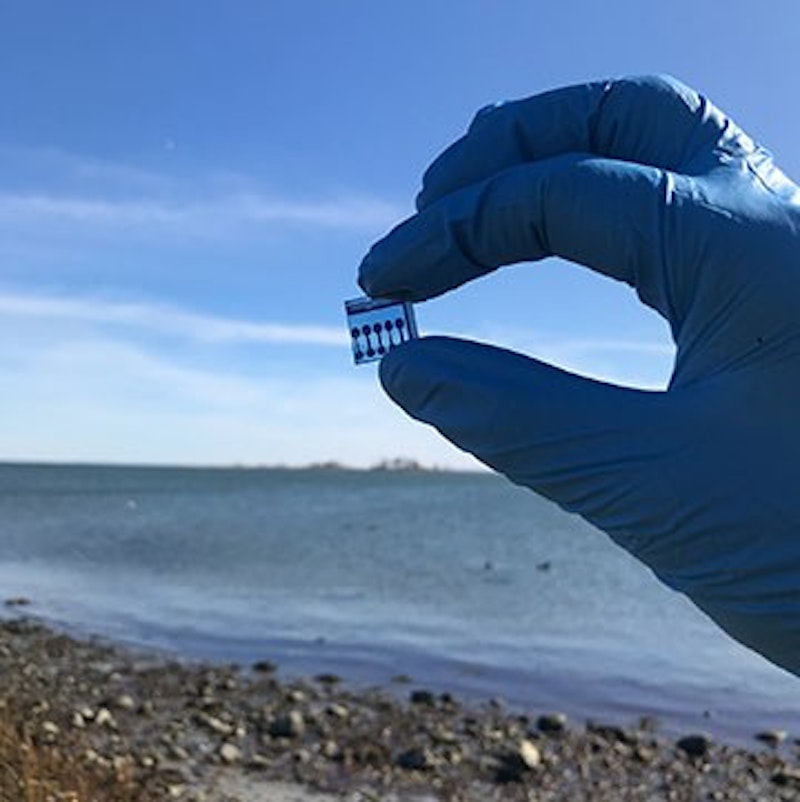 For the most part, solar cells have been limited to powering land- and space-based devices. While marine applications for solar cells do exist—for example, to power submerged autonomous vehicles and sensors—traditional photovoltaic materials like silicon cannot be used efficiently in deeper waters.
In a new report, researchers at New York University's (NYU) Tandon School of Engineering, USA, demonstrate the vast potential of underwater solar cells made with wide-band-gap semiconductors (Joule, doi: 10.1016/j.joule.2020.02.005). By including oceanographic data in their theoretical calculations, they have determined that underwater solar cells made with these materials can exhibit efficiencies of approximately 55% in shallow waters to more than 65% in deep waters. For further information see the IDTechEx report on Energy Harvesting Microwatt to Megawatt 2019-2029.
Silicon's shortcomings
Most of the world's solar cells are made of silicon due to the element's abundance on Earth and the availability of well-established methods for growing high quantities of crystals. However, silicon's relatively narrow band gap prevents it from absorbing enough sunlight when submerged in water.
"Most of the solar cells that people are employing for underwater applications are made of silicon, but it is far from the optimal material," said Jason Röhr, a postdoctoral researcher in NYU's Transformative Materials & Devices Lab. "Silicon absorbs infrared and red light, but water absorbs a lot of it as well," he said. "So at depths more than two meters, there's no infrared or red light left."
While silicon's shortcomings in this area were already known, Röhr and his colleagues noticed that no study had outlined specific guidelines for materials that would create the best possible underwater solar cells. 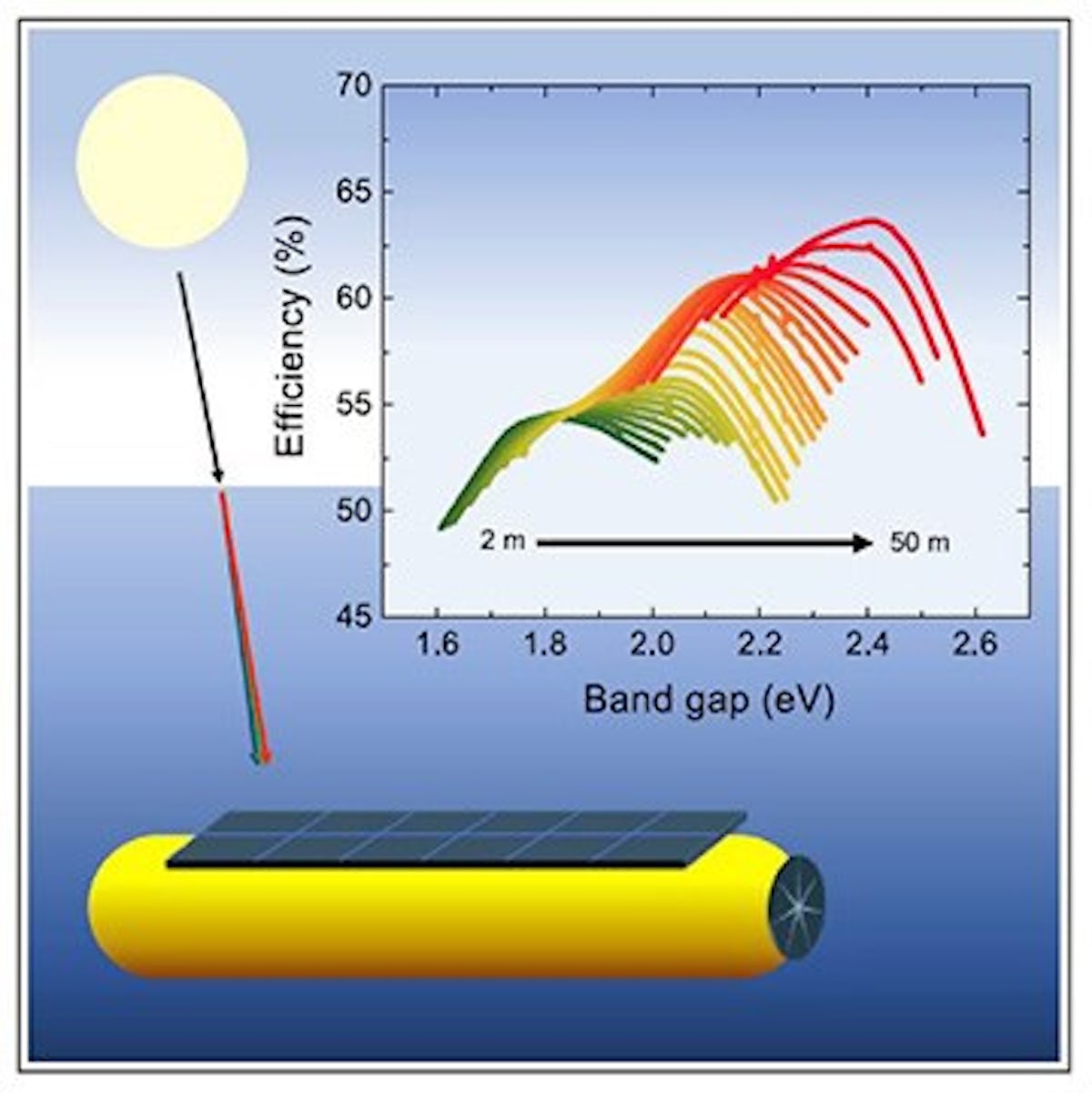 Water clarity and depth matter
The researchers decided to devise a set of such guidelines by using a theoretical model to determine the ultimate efficiency limits for underwater solar cells made with the optimal materials. The model, known as the detailed balance limit of efficiency, includes the band-gap energy of the semiconductor, depth below sea level, light absorption of the water and other factors.
Röhr and his colleagues sifted through over 400 publications to gather absorption spectra from waters around the world. Surprisingly, even though the data varied from the clearest waters of the Pacific and Atlantic Oceans to turbid lake water in Finland, the requirement for the semiconductor band gap remained relatively stable. But when going from shallow (2 to 4 meters) to deeper waters, the ideal band gap shifts from 1.8 eV to 2.4 eV, with a plateau at 2.1 eV between 4 and 20 meters.
"Depth matters more than geographic origin of the water," said Röhr. "You don't have to build solar cells specifically tailored to particular locations on Earth, but you should make them according to operating depths."
All in all, the results indicate that underwater solar cells have the potential to harvest power at depths up to 50 meters in very clear waters with efficiencies ranging from 55% to 65%. For cloudier waters, the technology may operate at depths up to 10 meters.
Testing new materials
As a next step, the researchers are investigating both organic and inorganic wide-band-gap semiconductors that could work well for underwater solar cells. Since traditional land- or space-based solar cells are already built to withstand rain, only the semiconductor material would need to be switched out while the rest of the device stays the same.
"We only have preliminary results at this stage, but we're hoping to show that if you design the cell in a certain way, underwater solar cells can operate at a very high efficiency," Röhr said. "We're hoping our paper will spark interest in this area."
Source and top image: Optical Society