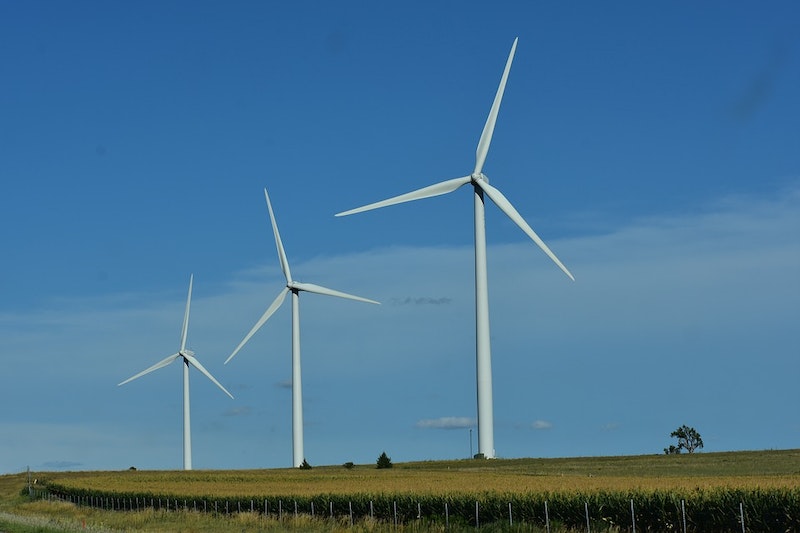 Plans for an innovative new energy storage system which would be located on the site of a South Yorkshire wind farm have been submitted to Barnsley Metropolitan Borough Council for consideration. Independent renewable energy firm Banks Renewables is looking to invest around £700,000 in installing a 19m x 3m lithium-ion battery alongside the control building for the Hazlehead wind farm, which sits to the west of Barnsley between the villages of Crow Edge and Carlecotes. For further information see the IDTechEx report on Batteries for Stationary Energy Storage 2019-2029.
The new system, which is roughly the size of a shipping container, would be able to store some of the energy being produced by the three-turbine wind farm and also capture it from the wider National Grid before releasing it at times of high demand. The battery technology allows for a greater degree of resilience and flexibility to be introduced to the power network. It can capture cheap electricity produced at times of low demand or when wind or solar generation is abundant and hold it until it is needed, thus helping to avoid price 'spikes' when demand is high.
Batteries also help to limit the amount of equipment network operators need to install and maintain on the system, which are costs that would otherwise appear on energy bills.
The Hazlehead battery would have a peak capacity of 1,000 kilowatts and a duration of 1,500 kilowatt hours, which is enough to fully charge over 35 electric cars. It would be positioned behind the site's existing sub-station which is screened by mature trees, thus ensuring it has no visual impact on the surrounding area.
The Hazlehead Wind Farm generates almost 18,000MW of green electricity every year, which is enough to meet the annual energy requirements of more than 4,500 homes, and by doing so, displaces over 6,200 tonnes of carbon dioxide from the electricity supply network per annum. It's the first time that Banks Renewables, which is part of family-owned North East property and energy business The Banks Group, has looked to invest in co-locating energy generation and storage facilities.
If it gets the go-ahead, Banks will be aiming to have the new system in place and operational by the autumn, and it is also looking now examining whether similar projects might be undertaken at its other onshore wind farms around northern England and Scotland.
Dunford Parish Councillor Allan Pestell, chair of the Hazlehead wind farm community liaison committee, says: "I am delighted to support this application with the full backing of the members of the liaison committee - the battery housing will be lost in the vegetation and it will have a zero impact on the local environment."
Mark Rowcroft, technical manager at The Banks Group, says: "The capacity within the connection to the electricity network that we already have at the Hazlehead Wind Farm provides an opportunity to co-locate electricity storage with generation and maximises the value of that infrastructure while reducing operational costs and electricity transmission losses. Energy storage systems such as this bring resilience and flexibility to the power network, allowing more renewable generation onto the National Grid in line with our Net Zero 2050 ambitions and ultimately leads to reduced costs to the consumer. The Hazlehead wind farm already generates enough clean green electricity to meet the annual energy needs of thousands of homes, as well as creating substantial revenues for its related community benefits fund, and this project will enable us to make further energy advances from this site. We hope the members of Barnsley Metropolitan Borough Council's planning committee will see the merits of this innovative scheme and that we will be soon able to get on with the work required to bring it online later this year."
Banks Renewables is one of the leading independent owner/operators in the UK's onshore wind sector and currently operates ten wind farms with an installed capacity of 224MW. These include three further wind farms in Yorkshire - the six-turbine Penny Hill wind farm, which is located to the south east of Rotherham, the four-turbine Marr scheme, which sits to the west of Doncaster, close to junction 37 of the A1(M), and the five-turbine Hook Moor wind farm, which lies to the east of Leeds near the junction of the M1 and A1.
Source: Banks Renewables
Top image: Pixabay