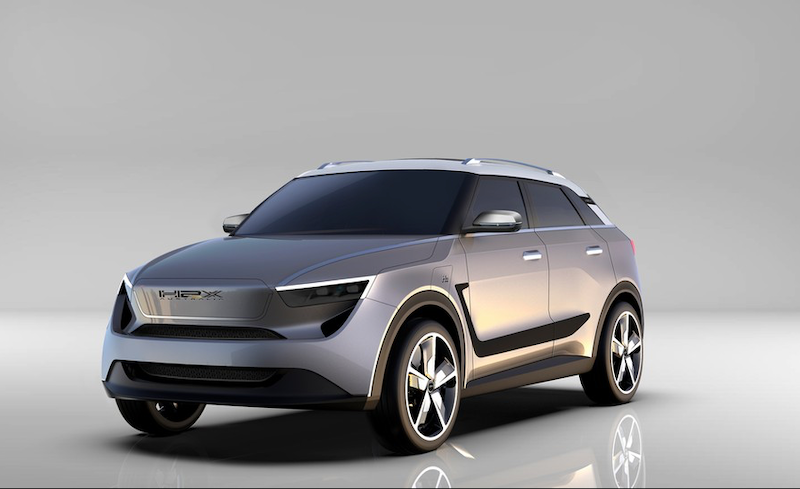 H2X is launched as an Australian owned company which will develop and manufacture a range of vehicles. H2X is focused on supporting the growth of renewable energy usage in Australia by initially offering products concentrating on vehicle fleets around renewable energy hubs.
The company offers a balance between hydrogen energy and kinetic and externally charged electricity using an advanced hybrid system which can determine the most efficient approach for any given journey. With a focus on efficiency of the design of the body and chassis and renewable materials inside and out, the goal of H2X is not only to bring to market clean power technologies but also to make vehicles the most efficient, cost-effective and sustainable right from the outset. For further information see the IDTechEx report on Electric Vehicles 2020-2030: 2nd Edition.
"Today we launch our company which not only demonstrates the advanced technology and engineering capabilities of Australia in the clean energy arena but also provides a real clean alternative in terms of transportation," said Brendan Norman, Chief Executive Officer of H2X. "With the development of many Green Energy projects in Australia at the moment, we have a unique opportunity to bring a significant manufacturing operation back to the country."
Norman said the company was focussed on reaching market-leading volumes by 2025. The portfolio will include locally designed and built heavy and industrial vehicles as well as a range of passenger cars. The core team at H2X has been working for a number of years on hydrogen and alternative vehicles. Some have gained extensive experience working in Asia on Hydrogen Fuel Cell Vehicles and brought their skills and knowledge to H2X. Others had been involved in Powertrain development for a number of major fuel cell power projects for a number of successful vehicles currently in the Asian market. The learnings from the advanced development in these projects will be applied to H2X vehicles but the focus is ultimately on vehicles that are tuned for the challenging environment of Australia.
Chris Reitz, H2X's Chief Design Officer, says Australia is now becoming a platform for the development of these vehicles to the world. "H2X is an Australian Company which aims to demonstrate a unique Australian Spirit to the Vehicle Industry. We have a unique character in our vehicles and we are using Australia's strong resource, educational and innovation strengths to come up with products which are developed to excel in extreme conditions, and like many things Australian they will win themselves into the hearts and minds of many around the world." Reitz said.
The H2X team is already involved in projects for rail, marine, stationary power, and heavy vehicles which will come to market shortly. This will give significant support to the hydrogen production industry. H2X will partner with Australian and some overseas companies to bring into Australia full production of the core of the vehicles in early stages.
H2X will locate in Regional New South Wales, focused initially in the Illawarra district. From Port Kembla comes not only a significant deep-water transportation hub for the export of vehicles but also a key location as part of a growing network of green hydrogen projects throughout the New South Wales Renewable Energy Zone and beyond for the East Coast of the Country.
"We have projects producing Energy and Hydrogen in Port Bundaberg, Port Kembla, and in Dubbo in the NSW Renewable Energy Zone. Together with H2X and others including ANT Renewables in Victoria, we are establishing clean energy and clean transportation to put Australia on the map as world leaders in terms of a cleaner future," said Ken Mathews, Managing Director of Denzo PL, Board Advisor and significant investment Partner in H2X. "What is important for us is we have the ability to supply green hydrogen and the ability to use that hydrogen in Australian Made vehicles, providing a strong platform for the country to build a highly intelligent manufacturing network and do that in a Green environment for Generations of Australians to come."
The Chairman of H2X is Samuel Blackadder. He is also Managing Director of Elvin Group Renewables, he believes the expertise around the table at H2X will re-invigorate the Australian vehicle manufacturing sector. "Elvin Group already has a leading position as one of Australia's most advanced and environmentally progressive concrete production companies in the world. Our footprint into renewable energy generation from investment advanced technologies around concrete, and in our substantial solar energy operations is boosted by the opportunity to have an Australian vehicle company with the same drive to create a better future," Mr. Blackadder said. "Elvin Group has a diverse range of targets from creating the world's first emissions-free concrete distribution and setting business to launching our own Australian made electrolyzer which will make cost-effective hydrogen later in the year. With H2X we are able to cooperate on the production of this revolutionary product and also work on a number of hydrogen and clean energy powered applications for our Concrete activities creating a world benchmark in an industry that is often considered one of the world's greatest opportunities for emissions reduction."
Source and top image: H2X
​​