Reducing the weight of military manpacks with energy harvesting

The US Army has presented at IDTechEx conferences, pointing out that a US warfighter often has to carry more than the ancient Roman soldier. This is despite the fact that the ancient Roman soldier carried prefabricated fort parts and food, with no support staff. A major problem today is the batteries. Consequently, in 2007, the US Army set a target to reduce the manpack weight by two thirds in six years while increasing the functionality of the equipment. Printed and fabric electronics are an essential part of this work.
For example, Nanotechnology researchers at Georgia Tech are developing a power shirt able to generate electricity to power small electronic devices for soldiers in the field, hikers and others whose physical motion could be harnessed and converted to electrical energy. Pairs of textile fibers covered with zinc oxide nanowires generate an electrical current. Combining current flow from many fiber pairs, woven into a shirt or jacket, enables the wearer's body movement to power a range of portable electronic devices. The fibers could also be woven into curtains, tents or other structures to capture energy from wind motion, sound vibration or other mechanical energy. Southwest Research Institute employs electromechanical, solar and electromagnetic energy harvesting with its manpack RF equipment.
One early change by the US Army was to put multi-functional, low power, lightweight electronics on the wrist as shown in the picture and later work extensively employs energy harvesting. 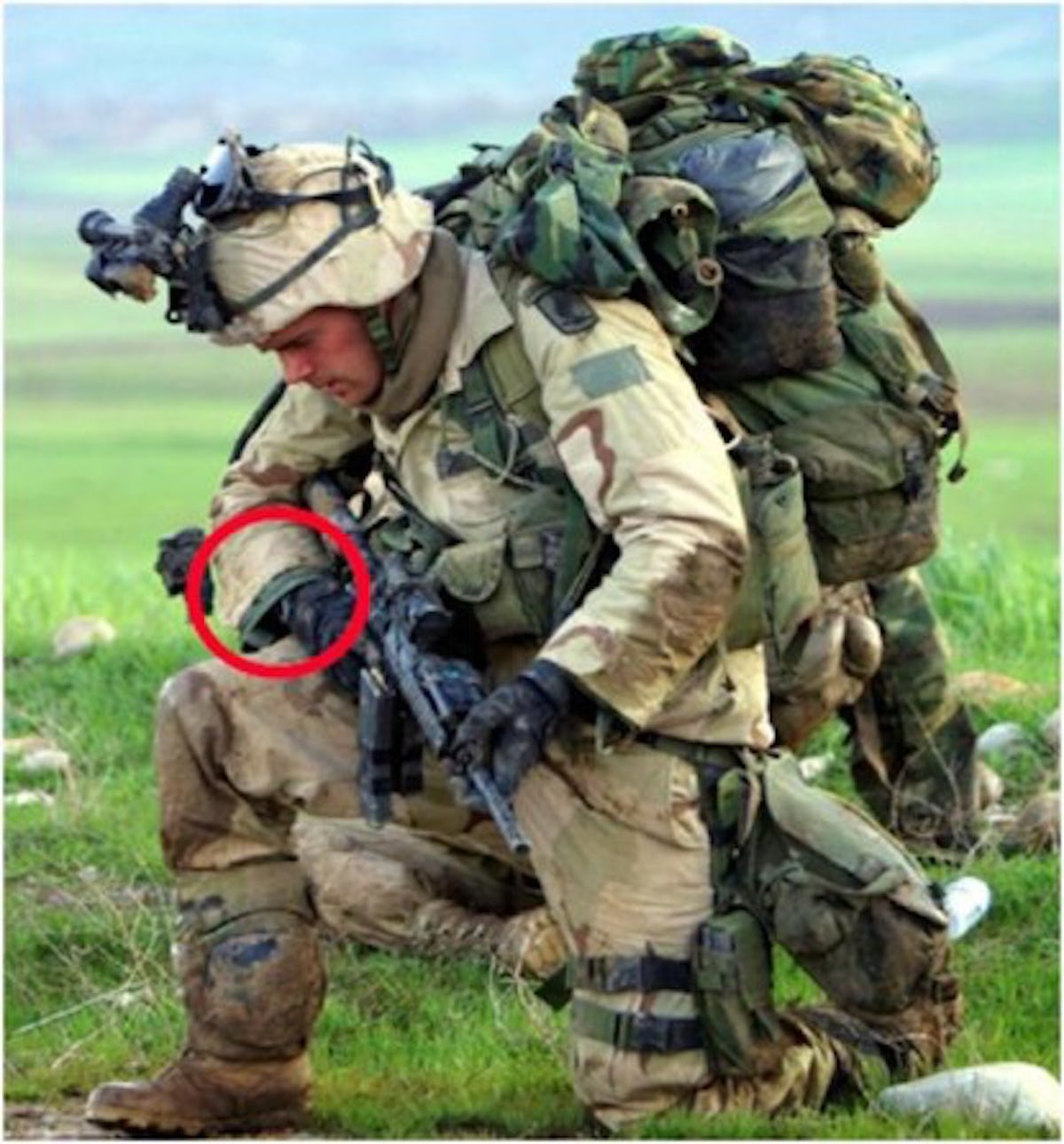 Source US Army
On September 7th, 2009, the UK Ministry of Defence MoD awarded the Project SEER UOR contract to Roke Manor Research Ltd (Roke) to provide the next-generation Land Electronic Warfare (EW) Manpack programme for British Land Forces.
The Roke solution is based on its state-of-the-art MOTS, 'RESOLVE' EW Manpack product, which incorporates a fully integrated range of Roke sensors, antennas and software applications and it involves energy harvesting. This integrated approach enables the system to be configured to meet specific operational requirements as part of the MoD's ongoing commitment to enhancing ISTAR support for UK Forces.
Upon delivery during the first quarter of 2010, Project SEER will provide integrated Electronic Surveillance (ES) and Electronic Attack (EA) capability for the UK armed forces. The scalable and networked manpack system will exploit many types of enemy communications in real-time, and provides UK Forces with enhanced Land EW capabilities.
Chris Tarran, Roke Electronic Warfare Business Sector Manager, said: "The RESOLVE system and its subsequent selection for Project SEER illustrates Roke's continued commitment to the enhancement of UK Forces' capabilities within the ISTAR domain."
Teaming partners with Roke include: Thales UK supporting the NEC requirements, Selex UK supporting the Electronic Attack hardware and Frazer Nash Consultants providing ILS expertise.
About Roke
Roke is behind some of the most innovative technology in the defence sector. Working in collaboration with government agencies, consortia and industrial partners, it has a long track record of responding to changing operational requirements by developing and delivering battle-winning defence solutions. Roke is situated in Hampshire, UK and employs over 450 people with an annual turnover of approximately GBP45 million. For more information see www.roke.co.uk
Top image source: Military Backpacks
For more read : Energy Harvesting and Storage for Electronic Devices 2009-2019
and attend Energy Harvesting & Storage Europe and Wireless Sensor Networks & RTLS Summit 2010