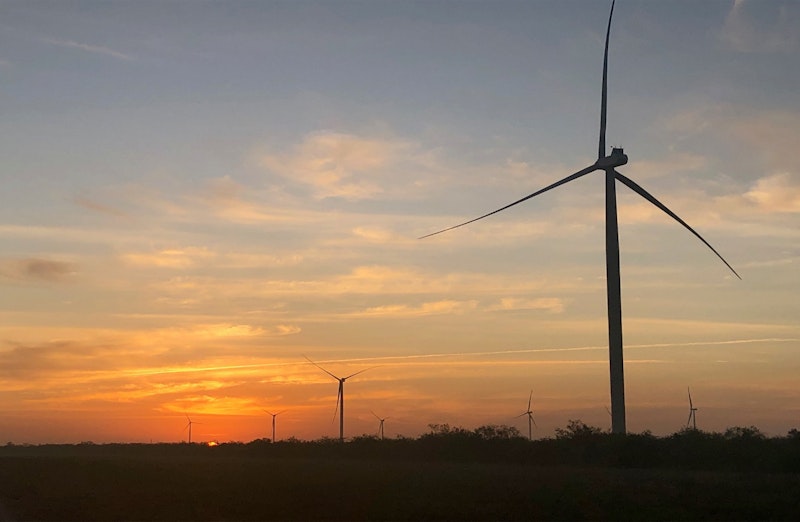 RWE continues to expand its renewables portfolio in North America, one of the company's strategy focus markets: Cranell wind farm, a 220-megawatt (MW) project, located in Refugio County, Texas, has achieved commercial operation. The project is powered by 100 Vestas 2.2 MW turbines and will have the capacity to generate enough electricity to power more than 66,000 homes. With the addition of Cranell, RWE operates 25 onshore wind farms in the U.S. with a total installed capacity of more than 4,200 MW (RWE's pro rata share is about 3,600 MW). The project represents an investment of $250 million in the South Texas region.
Cranell is the second of RWE's U.S. onshore wind projects to come online this year with a remarkable safety record, going more than 434,000 work hours without a recordable safety incident. Up to 300 workers were employed in the construction of the wind farm. Already in March, Peyton Creek (151 MW), also in Texas, achieved commercial operation after completing construction incident-free. In addition to the construction workforce at Cranell, 13 permanent employees were hired to operate and maintain the site, many coming from the local region.
"RWE is thrilled to be announcing our seventh Texas coastal wind project reach commercial operation," said Silvia Ortín, Chief Operating Officer North America. "We are particularly proud this project was completed without a reportable safety incident and many of the permanent positions at the facility were hired from the local region. With almost one gigawatt under construction, we have firmly established our position as an industry leader in the U.S."
North America is one of the focus markets of RWE, with a strong development pipeline in the renewables business. The installed capacity in the U.S. accounts for more than one third of the Group´s renewables capacity. As one of the largest renewables players worldwide RWE plans a net global investment of €5 billion through 2022. Project partnerships have the potential to increase this expenditure considerably.
RWE has at the moment almost 1 GW of further onshore wind farms under construction in the U.S. The projects are located in Texas, Oklahoma, Ohio and New York State.
RWE constructs, owns and operates some of the highest performing wind, solar and energy storage projects in the U.S. As an established leader in renewables, RWE has recently entered into a joint venture, New England Alpha Ventus, focused on floating offshore wind in the state of Maine.
For more information, go to americas.rwe.com.
For further inquiries:
Matt Tulis
Communication Manager
RWE Renewables
E: matthew.tulis@rwe.com
RWE Renewables
RWE Renewables, the newest subsidiary of the RWE Group, is one of the world's leading renewable energy companies. With around 3,500 employees, the company has onshore and offshore wind farms, photovoltaic plants and battery storage facilities with a combined capacity of approximately 9 gigawatts. RWE Renewables is driving the expansion of renewable energy in more than 15 countries on four continents. By the end of 2022, RWE Renewables targets to invest €5 billion net in renewable energy and to grow its renewables portfolio to 13 gigawatts of net capacity. Beyond this, the company plans to further grow in wind and solar power. The focus is on the Americas, the core markets in Europe and the Asia-Pacific region.
Image Source: RWE
For more information on Energy Harvesting & Off Grid please visit www.IDTechEx.com/Research/EH to view the full portfolio of research available from IDTechEx.