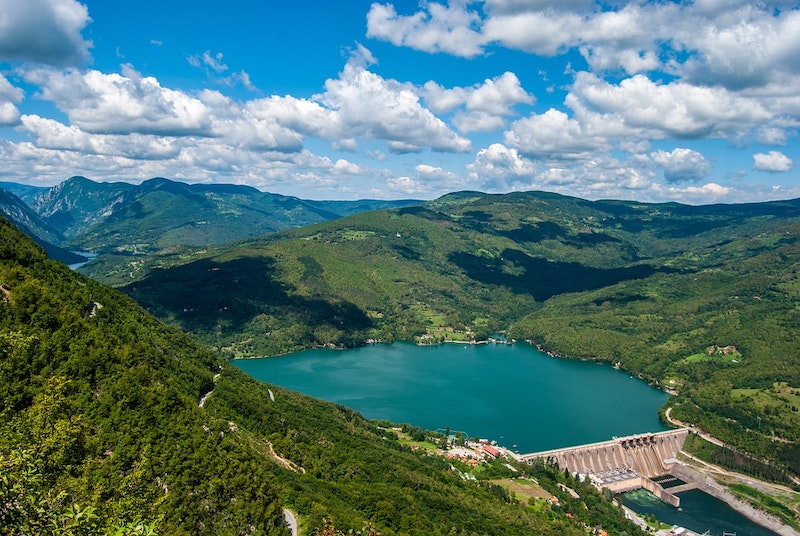 Hybrid systems of floating solar panels and hydropower plants may hold the technical potential to produce a significant portion of the electricity generated annually across the globe, according to an analysis by researchers at the US Department of Energy's National Renewable Energy Laboratory (NREL).
The researchers estimate that adding floating solar panels to bodies of water that are already home to hydropower stations could produce as much as 7.6 terawatts of potential power a year from the solar PV systems alone, or about 10,600 terawatt-hours of potential annual generation. Those figures do not include the amount generated from hydropower. For further information see the IDTechEx report on Energy Harvesting Microwatt to Gigawatt: Opportunities 2020-2040.
For comparison, global final electricity consumption was just over 22,300 terawatt-hours in 2018, the most recent year for which statistics are available, according to the International Energy Agency.
"This is really optimistic," said Nathan Lee, a researcher with NREL's Integrated Decision Support group and lead author of a new paper published in the journal Renewable Energy. "This does not represent what could be economically feasible or what the markets could actually support. Rather, it is an upper-bound estimate of feasible resources that considers waterbody constraints and generation system performance." The article, "Hybrid floating solar photovoltaics-hydropower systems: Benefits and global assessment of technical potential," was co-authored by NREL colleagues Ursula Grunwald, Evan Rosenlieb, Heather Mirletz, Alexandra Aznar, Robert Spencer, and Sadie Cox.
Floating photovoltaics (PV) remain a nascent technology in the United States, but their use has caught on overseas where space for ground-mounted systems is less available. Previous NREL work estimated that installing floating solar panels on man-made US. reservoirs could generate about 10 percent of the nation's annual electricity production.
So far, only a small hybrid floating solar/hydropower system has been installed, and that is in Portugal.
NREL estimates 379,068 freshwater hydropower reservoirs across the planet could host combined floating PV sites with existing hydropower facilities. Additional siting data is needed prior to any implementation because some reservoirs may be dry during parts of the year or may not be otherwise conducive to hosting floating PV.
Potential benefits exist by coupling floating PV with hydropower. For example, a hybrid system would reduce transmission costs by linking to a common substation. Additionally, the two technologies can balance each other. The greatest potential for solar power is during dry seasons, while for hydropower rainy seasons present the best opportunity. Under one scenario, that means operators of a hybrid system could use pumped storage hydropower to store excess solar generation. 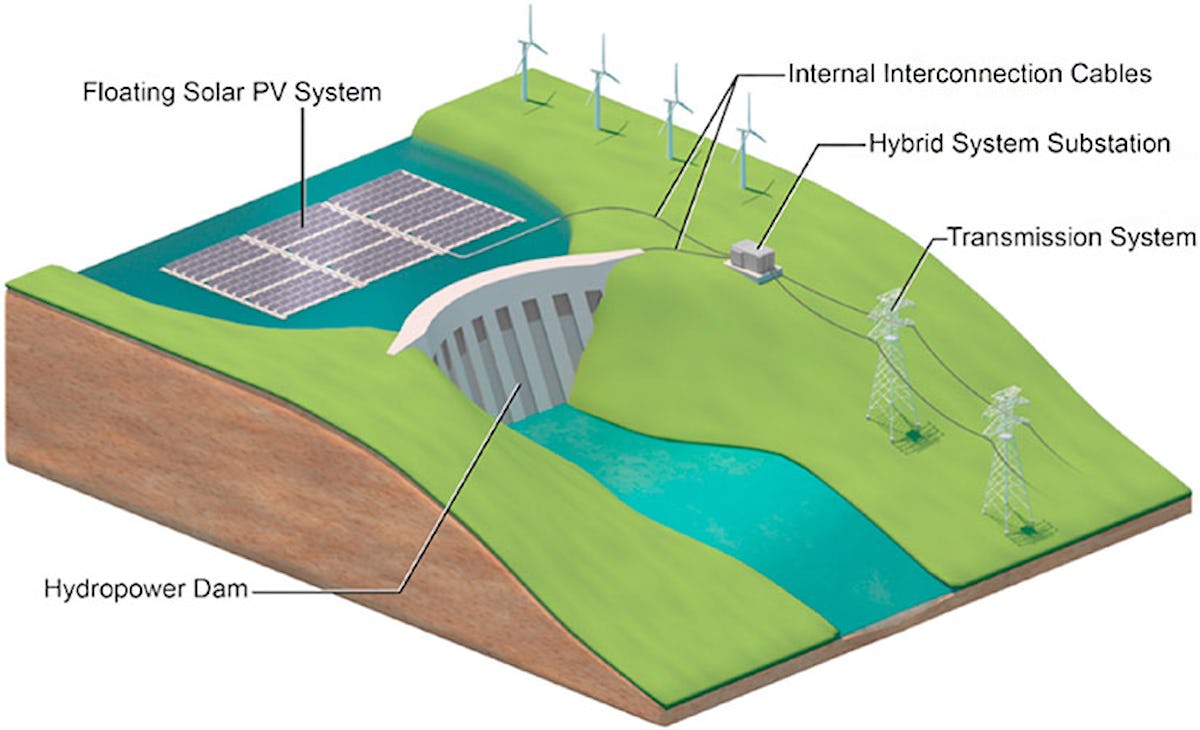