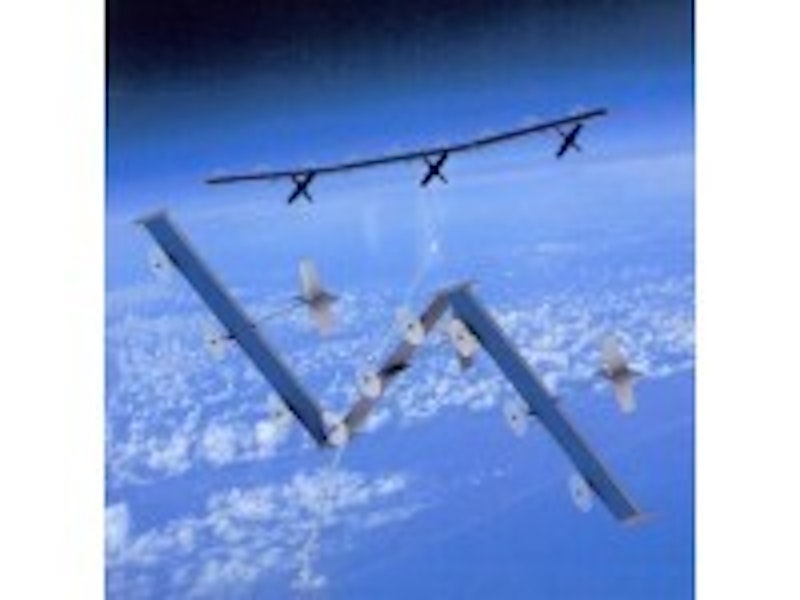 Aurora Flight Sciences designs and builds robotic aircraft and other advanced aerospace vehicles for scientific and military applications, and has now been selected for an award through the Defence Advanced Research Projects Agency (DARPA) Microsystems Technology Office (MTO) to develop an integrated energy scavenging and storage system for portable electronics, unmanned vehicles, and weapons systems. The majority of wireless devices are powered by batteries, which must be replaced or recharged when depleted; this is a major limitation for remotely located systems. Solar energy scavenging is widely used for recharging, but alternative technologies are required to provide night time scavenging capability to extend system lifetime and utility. Aurora's concept will target infrared (IR), or thermal radiation, as a nocturnal energy source.
Aurora's effort will develop and evaluate an integrated system that includes both solar cells for day time use and infrared photovoltaic cells for night time use, as well as integrating these energy sources with thin-film lithium batteries. "Thin-film micro-batteries have remarkable performance and life compared to everyday batteries," said Dr. Philip Johnson, the program's principal investigator. "When embedded with ambient energy scavenging devices we have the prospect of batteries that will remain perpetually charged." A key attribute will be the development of the energy sources and batteries not just as individual technologies, but integrating them into a reliable night/day power system, including innovative ways to package the system into existing vehicle or weapons systems structures. Aurora believes that this integrated scavenging and storage system technology may provide extended lifetime and utility to other systems, such as unmanned aerial vehicles (UAVs), in the future.
In 2008 DARPA selected Aurora Flight Sciences, Boeing and Lockheed Martin as contractors for the first phase of the Vulture program to design and develop unmanned aerial systems able to fly on station and perform their missions for five years without interruption. Aurora's design for the Vulture program is called "Odysseus," and uses solar energy to power the aircraft during daylight, and stored solar energy to power the aircraft at night. This project is now into its second phase which includes risk reduction and testing during a three month uninterrupted flight in mid 2012.
Credit and top image of Odysseus - Aurora Flight Sciences
For more read : Energy Harvesting and Storage for Electronic Devices 2009-2019
and attend Energy Harvesting & Storage Europe and Wireless Sensor Networks & RTLS Summit 2010
Learn more at the next leading event on the topic: Printed Electronics Europe 2020

Microelectromechanical devices are finding wide range of applivations in both civilian and defense sectors. Exploration of energy resources using these machines from the atmosphere is a good initiative.\r\n\r\nDr. Prem Raj Pushpakaran