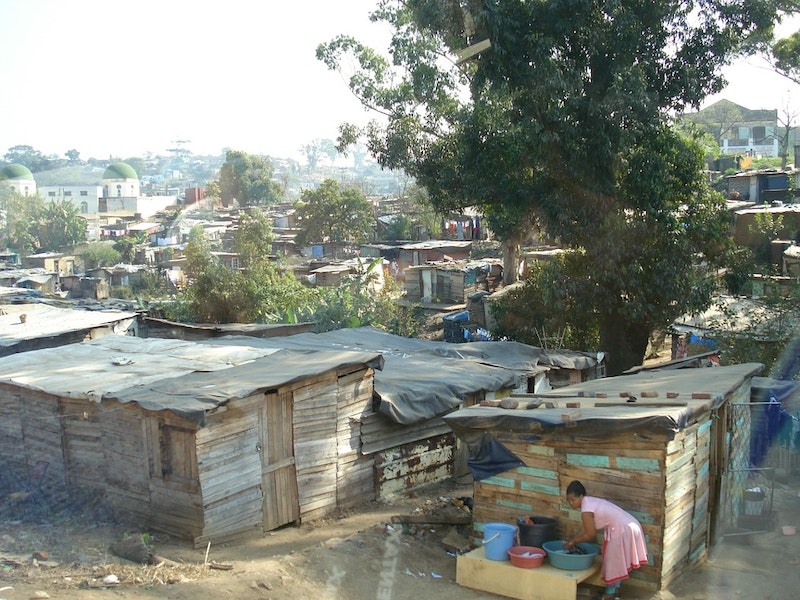 A "remarkable" project that aims to bring safe and reliable energy to informal settlements in South Africa has won the Chair's Prize in the 2020 Newton Fund awards. The project, led by the University of Exeter and the University of Cape Town, will use the £500,000 award funding to pilot the installation of solar micro-grids in an informal settlement community in Cape Town. These micro-grids will be used as the main power supply to support refrigeration-based businesses for women entrepreneurs.
Professor Federico Caprotti, a Turing Fellow at the University of Exeter, and Dr Jiska de Groot, of the University of Cape Town, created the project to address the key issue of how to use renewable energy technologies such as solar micro-grids to power sustainable businesses in off-grid parts of the city. For further information seethe IDTechEx report on Distributed Generation: Off-Grid Zero-Emission kW-MW 2020-2040.
"The award is an exciting opportunity to work with stakeholders to piggyback innovations that can help tackle development challenges onto off-grid infrastructures. It's great to be working not only with the University of Cape Town and Zonke Energy, but with the local community in Cape Town," Dr Caprotti said. "The project involves a range of stakeholders, and its practice focus involves business training and capacity building for women living in the community," Dr Caprotti said.
"We also use a broader approach involving sustainable business models based on community co-ownership of off-grid infrastructure. The project partners with private sector social enterprise utility firm Zonke Energy, and energy consultancy Thrie Energy Collective, the first energy consultancy in South Africa to be 100% black female owned and directed." The researchers devised a system that paired solar-powered mini grids with app-based business models to provide energy for multiple uses.
The project's focus is important because municipalities and government ministries find themselves in a bind between constitutional priorities that call for full electrification, and legal, safety and other obstacles that mean that informal settlements remain largely outside the sphere of action of energy policy. This means that while the post-1994 period has seen almost total electrification in the country's cities, many informal settlements (which have, in the interim, grown) have remained "off-grid".
Energy use in these settlements remains confined to hazardous and health-limiting forms such as paraffin, wood and plastic (burned indoors) and unsafe and unstable illegal connections to the grid, often achieved through unsheathed or poorly sheathed cabling running on the ground and posing threats to settlement residents, especially children (and especially in wet weather when cables become mired in mud). There are reportedly 1.25 million households in informal settlements that rely on burning paraffin or wood to cook and provide light and warmth in their homes.
The project is entitled: "UMBANE: powering innovative sustainable businesses with productive use appliances in South African informal settlements at the margins of the grid."
Professor Jennifer Rubin, ESRC Executive Chair, said: "This remarkable project not only increases the uptake of renewable energy but has the potential to transform lives in disadvantaged communities.I am delighted to see the project win a Newton Prize - recognising the international team's achievements so far, and enabling them to continue their important work."
The Newton Prize 2020 celebrates outstanding international research partnerships between the UK and Egypt, Jordan, Kenya, South Africa and Turkey.
Source: University of Exeter
Top image: Pixabay