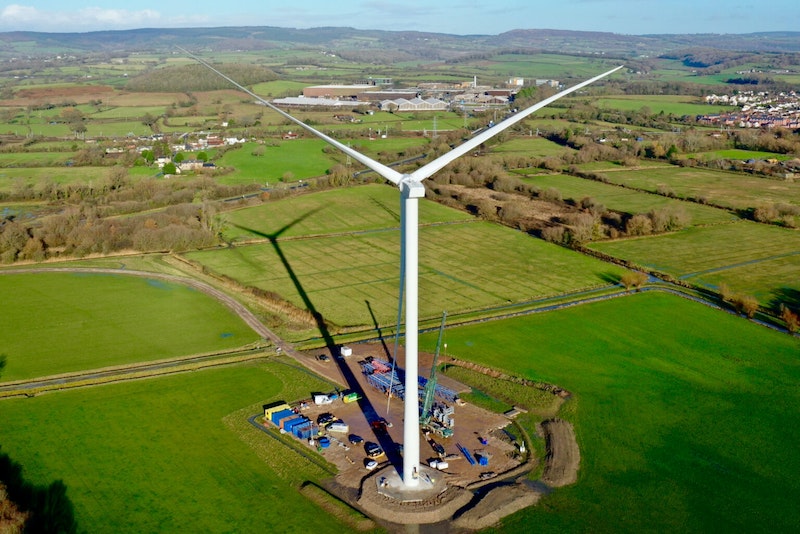 CleanEarth's latest turbine installation is live in South Wales, and is now providing renewable energy directly to Budweiser Brewing Group's brewery in Magor. This is CleanEarth's largest wind project to date, equipped with turbine blades that - at 68 metres - the company believes are the longest ever to enter commercial operation on UK soil.
One billion pints
The newly installed turbine will supply nearly a quarter of the energy consumed at Budweiser's Magor Brewery. As the site produces more than 1 billion pints of beer each year (including Budweiser, Stella Artois, Corona and Bud Light) its power demand is considerable. Located just under a mile from the brewery, the turbine serves the plant via a direct wire, with Budweiser Brewing Group purchasing the power from CleanEarth through a power purchase agreement. For further information see the IDTechEx report on Distributed Generation: Off-Grid Zero-Emission kW-MW 2020-2040.
The turbine is the latest step in Budweiser Brewing Group's commitment to brew its beers with 100% renewable electricity by next year, and its continued investment in renewables.
Lloyd Manship, Brewery Manager at Magor Brewery, said: "Having worked at the brewery for more than 20 years, it's amazing to see how far we've come in our sustainability initiatives. The installation of this wind turbine is going to make a huge difference in helping us to operate more sustainably long into the future."
Unprecedented scale
The Vensys V136 turbine presented significant logistical challenges, especially in the transportion of the blades. The conventional route by road was dropped in favour of shipping them over 800 miles by sea and into Bristol's Avonmouth Dock, leaving just the last 20 miles to be negotiated by road. The combination of sheer size with the latest design and engineering technology makes the Magor turbine highly efficient in harnessing the available wind, providing an output of up to 3.5 megawatts. This will generate 9 million kilowatt hours of electricity each year - the equivalent of powering 2,300 Welsh homes - while saving more than 2,600 tonnes of CO2 emissions. That's well over 65,000 tonnes of carbon savings during its operational lifetime. 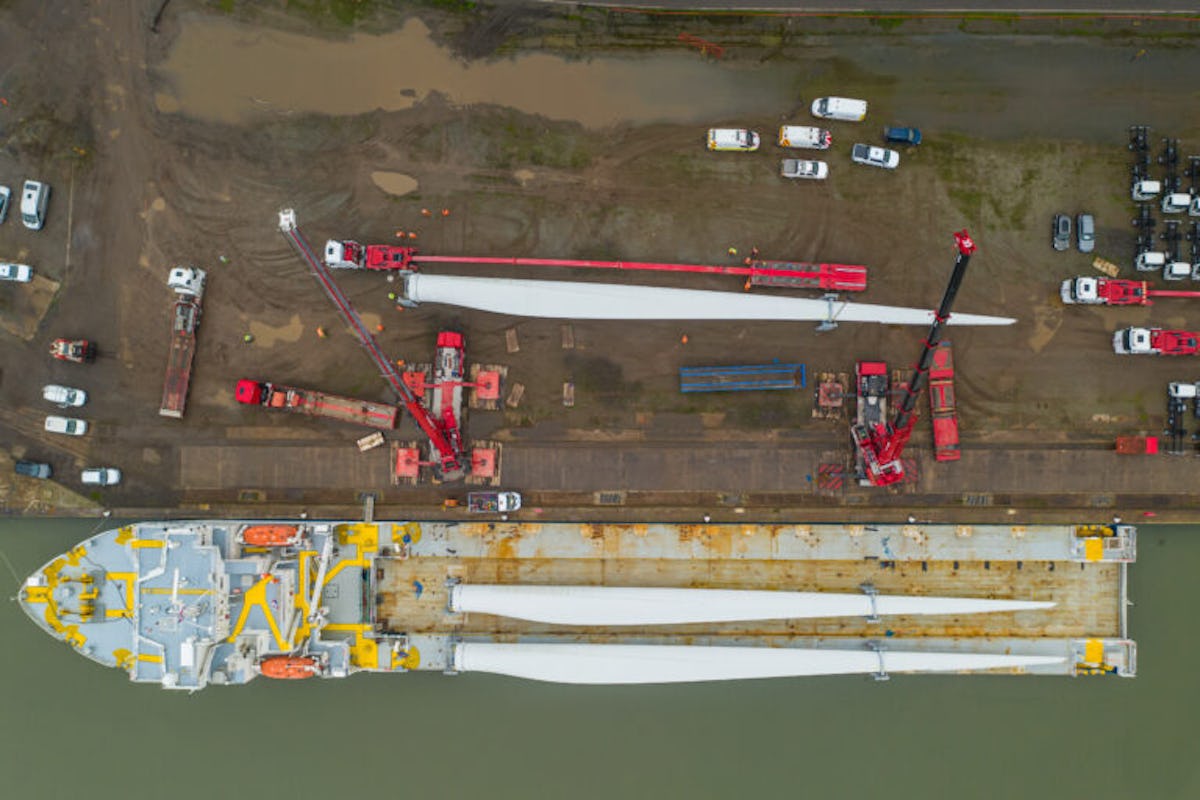 Commitment to decarbonisation
The partnership between Budweiser and CleanEarth is another important step in the decarbonisation of UK businesses. As Paula Lindenberg, President, Budweiser Brewing Group UK&I, said: "We're committed to brewing Britain's most sustainable beers. Partnerships like this one with CleanEarth help drive positive change - making it easier for people to make sustainable choices at the pub or on their weekly shop."
This was echoed by Dean Robson, Managing Director of CleanEarth, who said: "Too often corporate goals are not coupled with strong and effective action - but Budweiser Brewing Group have been supportive at all levels, and have acted throughout with a clarity that's consistent with their ambitious environmental targets. We are proud of the work we've done with Budweiser Brewing Group on this project. As a result of this collaboration, CleanEarth will generate low-carbon, low-cost energy into the Magor brewery for years to come."
Source and top image: CleanEarth