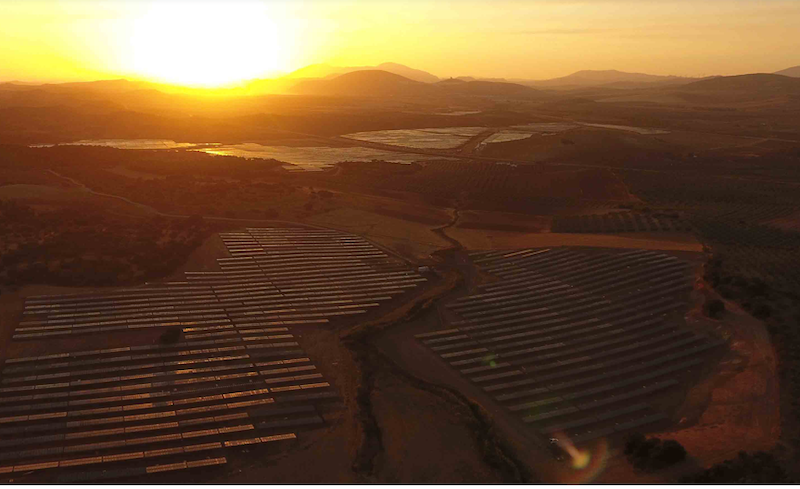 Endesa, through its renewables division Enel Green Power España (EGPE), has completed the construction of the La Vega I and La Vega II photovoltaic plants, located in the town of Teba.
"The connection to the network of La Vega I and La Vega II is a great pride, not only for me, but also for the 300 colleagues who have made the connection possible in record time for the Malaga territory," declared Luca Capuozzo , responsible for the construction of Endesa.
The photovoltaic plants, in which Endesa has invested 60 million euros, will add a combined installed capacity of 86 MW, and have been built in record time. More than 380 people, 70% of them from Malaga, worked following strict safety measures in the construction of these two photovoltaic plants, which will produce 171 GWh per year, equivalent to the energy that a town like Ronda can consume in a year . Due to the Covid-19 pandemic and in accordance with the indications of the health authorities, the company implemented rigorous safety protocols in order to guarantee the necessary protection of the workers involved in the construction, as well as the communities in which are located the plants. For further information see the IDTechEx report on Distributed Generation: Off-Grid Zero-Emission kW-MW 2020-2040.
La Vega I and Vega II have a total of 224,600 photovoltaic panels, as well as 14 transformation centers, an electrical substation and some 50 kilometers of underground networks, which have been built for their operation. Today the complex has made it possible to generate the first kilowatt-hours of renewable energy , which have already reached the Andalusian electricity distribution network. The two plants will prevent the emission into the atmosphere of more than 79,600 tons of CO2 per year.
The La Vega I and La Vega II photovoltaic plants have had the latest technology applied to their construction. Endesa is using virtual reality to review these facilities through Smart glasses, which allow remote assistance from supervisors without the need to physically go to the area of ​​interest. In addition, this technology incorporates an infrared camera that offers a real-time view of construction and execution activities.
For the construction of La Vega I and La Vega II, Endesa has followed sustainable engineering criteria and has applied Enel Green Power's "Sustainable Construction Site" model, including the installation of photovoltaic solar panels to cover part of the energy needs during the work, efficient lighting, waste separation, and provision of several defibrillators to ensure the health of workers. These measures, now that the works have been completed, will be donated to the municipality of Teba for public use.
In addition, in order to guarantee the environmental compatibility of photovoltaic plants, a series of environmental actions have been implemented aimed at conserving the natural values ​​of the area . Thus, the company is currently working on the implementation of a program of complementary measures to favor the habitat of the Montagu's Harrier (Circus pygargus) and the Little Bustard (Tetrax tetrax), both species included in the vulnerable category of the Andalusian Catalog of Threatened Species.
Endesa will also participate in the financing of an ambitious conservation project for the Lesser Kestrel (Falco naumanni), whose population has been suffering a significant decline in rural areas of Malaga in recent years. This action, which takes place in the Laguna de Fuente de Piedra Natural Reserve, in the municipality of Campillos, will allow the establishment of new colonies through innovative techniques of captive breeding and release, thus helping to strengthen the population of this small hawk in the area.
Malaga now has more renewable production that joins that which Endesa already has in the province, where it has 6 wind power facilities, the last one started up a year ago, and 11 hydroelectric plants. In addition to this renewable power, the processing of two more photovoltaic plants in the province for the coming years.
Endesa currently manages, through EGPE, more than 7812 MW of installed renewable capacity in Spain, which include: 4711 MW of conventional hydraulic energy; 2,362 MW of wind energy, 657 MW of solar energy, 79 MW of mini-hydro energy and 3 MW of other renewable sources.
Source and top image: Endesa