How Many Offshore Wind Turbines to Power Europe's Largest Cities? 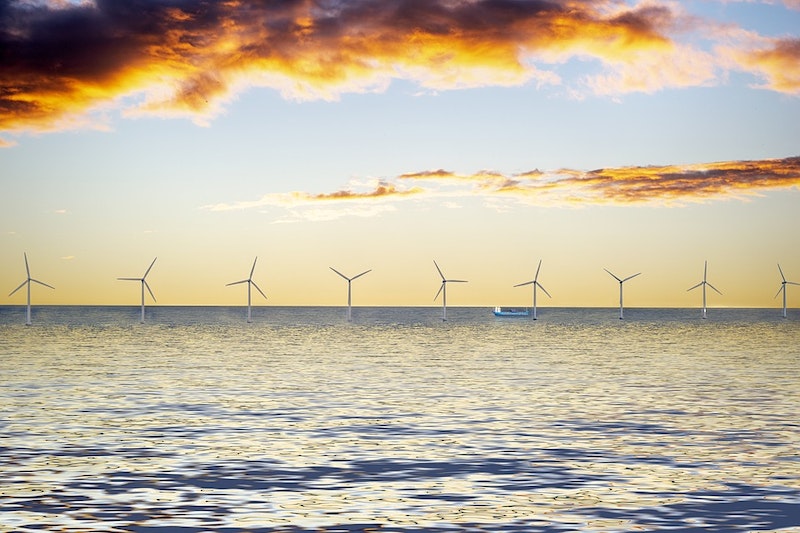 The UK has the largest wind farm market, beating other world leaders such as Germany and China - so much so, that 20% of the UK's energy comes from wind turbines. However, there is currently an even bigger drive to increase wind energy use in Europe. With Boris Johnson's pledge to quadruple offshore wind power by 2030, to 40GW - enough to power every UK home - the drive for more renewable energy sources to power our everyday lives has never been stronger. But, powering a capital, such as London, is easier said than done, as it would need nearly 1,500 wing turbines according to new research from Uswitch.com, the comparison and switching service.
Moscow in Russia, which has an area of 2,511 square km and a population of over 12 million, would need 3,781 offshore wind turbines to power the city. This is the most out of all of the European capitals analysed and would take up 7,409 square km in order to power each area. For further information see the IDTechEx report on Distributed Generation: Off-Grid Zero-Emission kW-MW 2020-2040.
With an offshore wind turbine having the average rotor diameter of 148 metres the large area needed to home the number of turbines to power European cities is no surprise. Even Reykjavik, Iceland, that has a population of just 115,000 people, and an area of 275 square km, would need 48 offshore wind turbines to power the capital non-stop.
To comprehend just how much energy wind turbines create, they generate 4,510,000 watts per hour, which is equivalent to 1,253 watts per second. This means it would take just 0.03 seconds of energy to power your Christmas lights and 6.71 seconds to cook the turkey on Christmas Day.
So which European cities need the most mind turbines to fully power them and how much offshore space does that really take up?
Table 1: The top ten European cities that need the most wind turbines to power them 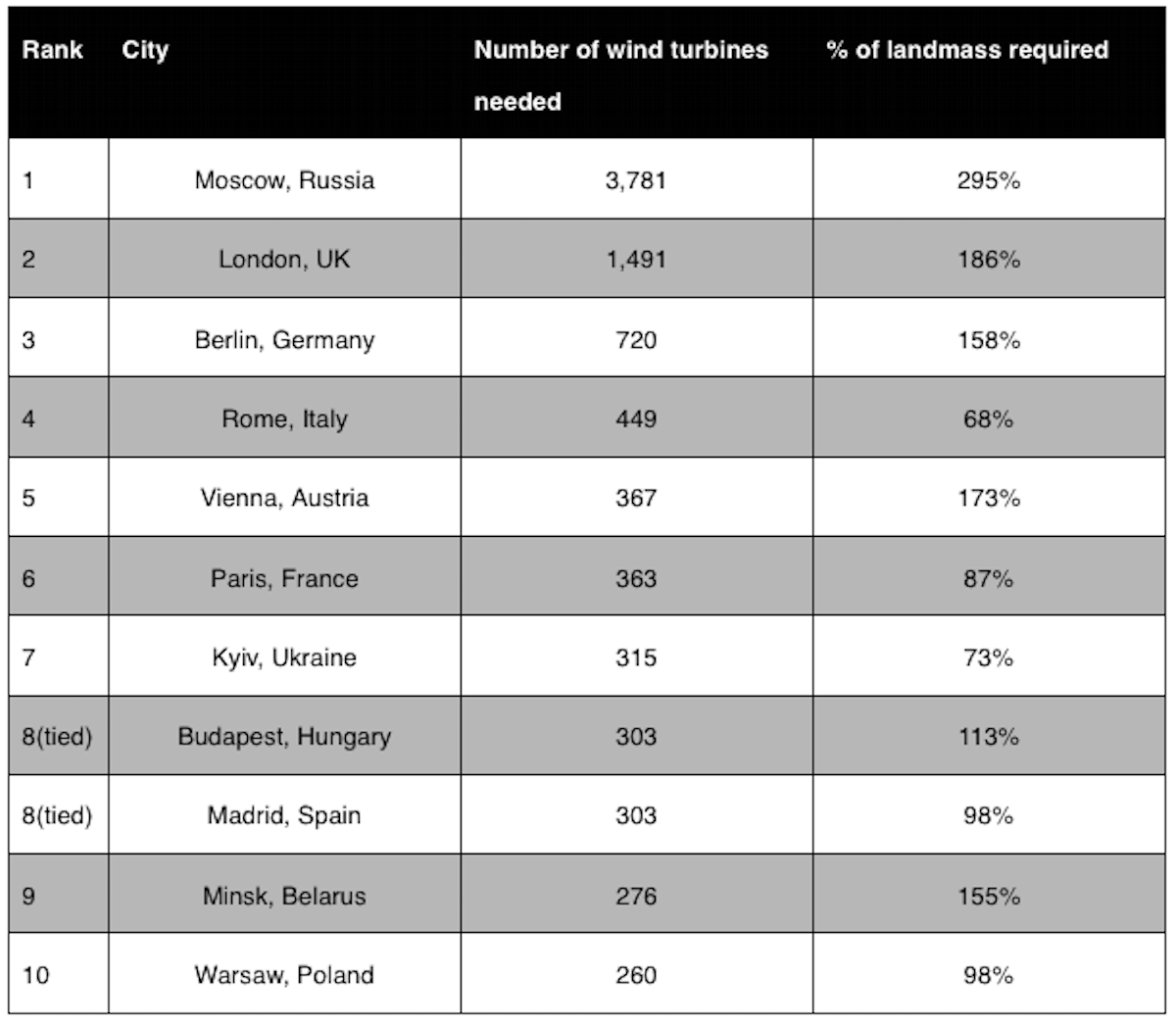 Source: Uswitch.com
Sarah Broomfield, energy expert at Uswitch.com comments: "To be able to deliver clean, renewable energy to every major city around the world will be an important part in helping to reduce carbon emissions. Wind farms don't emit greenhouse gases, therefore energy sourced from wind turbines is a key aspect to combating climate change. That's why Boris Johnson's 10-point Green Plan to quadruple offshore wind turbines by 2030 and power every UK home from them is a step in the right direction to reducing, and hopefully reversing, some aspects of global warming."
Take a look at just how many offshore wind turbines are needed to power other European cities here.
For more information please contact:
uswitch@aira.net
Methodology: Energy consumption of each city was calculated using the population of the city and per capita consumption of the country where that city is located, taken from the International Energy Agency The number of turbines needed was computed as the city's annual energy consumption divided by the amount of power an example turbine can generate in a year. A Siemens high-capacity 11MW turbine 200m rotor turbine SG 11.0-200 DD was used as an example turbine and an assumed offshore wind turbine efficiency of 41% was taken from European Wind Energy Association. Turbine spacing was calculated on the basis of having at least 7 rotor diameters of space between each turbine, as per the UK government recommendation.
Source: Aira PR
Top image: Pixabay