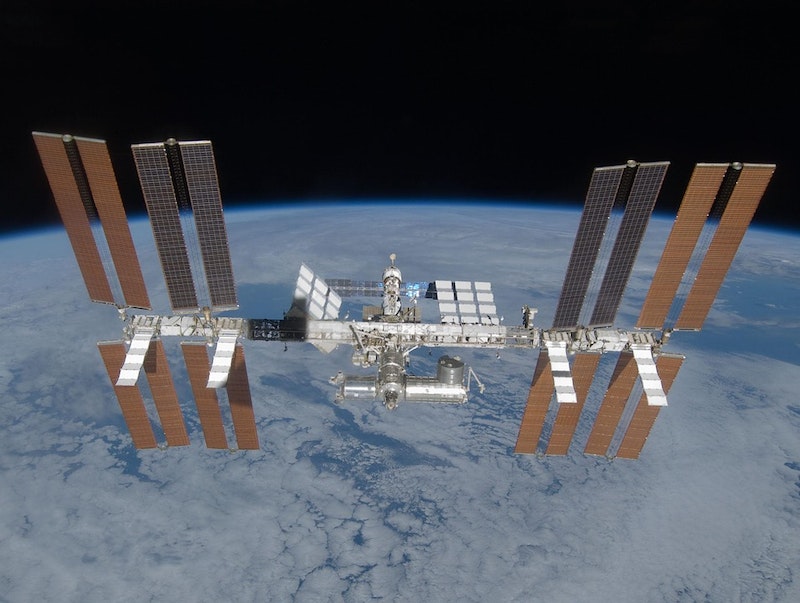 As the International Space Station orbits Earth, its four pairs of solar arrays soak up the sun's energy to provide electrical power for the numerous research and science investigations conducted every day, as well as the continued operations of the orbiting platform. The space station is the springboard to NASA's Artemis missions to the Moon, a platform to test advanced technologies for human exploration of deep space and future mission to Mars. NASA also has opened the space station for business and commercial activities, including private astronauts missions.
Designed for a 15-year service life, the solar arrays have been operating continuously since the first pair was deployed in December 2000, with additional array pairs delivered in September 2006, June 2007, and March 2009. The first pair of solar arrays has now provided continuous electrical power to the station for more than 20 years as more modules were added and dozens of crews tackled thousands of scientific experiments and continued operations through hundreds of spacewalks, cargo missions, and more. For further information see the IDTechEx report on Energy Harvesting Microwatt to Gigawatt: Opportunities 2020-2040.
Though they are functioning well, the current solar arrays are showing signs of degradation, as expected. To ensure a sufficient power supply is maintained for NASA's exploration technology demonstrations for Artemis and beyond as well as utilization and commercialization, NASA will be augmenting six of the eight existing power channels of the space station with new solar arrays. Boeing, NASA's prime contractor for space station operations, its subsidiary Spectrolab, and major supplier Deployable Space Systems (DSS) will provide the new arrays. The combination of the eight original, larger arrays, and the smaller, more efficient new arrays will restore the power generation of each augmented array to approximately the amount generated when the original arrays were first installed, providing a 20% to 30% increase in power for space station research and operations.
The new solar arrays will be a larger version of the Roll-Out Solar Array (ROSA) technology that successfully demonstrated the mechanical capabilities of solar array deployment during its test on the space station in June 2017.
The new solar arrays will be positioned in front of six of the current arrays, and will use the existing sun tracking, power distribution, and channelization. This approach is similar to the one used to upgrade the station's external television cameras to high definition, using the existing power and control mechanisms.
The new arrays will shade slightly over half of the length of the existing arrays and will be connected to the same power system to augment the existing supply. The eight current arrays are currently capable of generating up to 160 kilowatts of power during orbital daytime, about half of which is stored in the station's batteries for use while the station is not in sunlight. Each new solar array will produce more than 20 kilowatts of electricity, eventually totaling 120 kilowatts (120,000 watts) of augmented power during orbital daytime. In addition, the remaining uncovered solar array pair and partially uncovered original arrays will continue to generate approximately 95 kilowatts of power for a total of up to 215 kilowatts (215,000 watts) of power available to support station operations at completion. For comparison, an active computer and monitor may use up to 270 watts, and a small refrigerator uses about 725 watts.
The solar arrays will be delivered to the International Space Station in pairs in the unpressurized trunk of the SpaceX Dragon cargo spacecraft during three resupply missions starting in 2021, when the second pair of current arrays reaches the 15th year of its design life. The installation of each solar array will require two spacewalks: one to prepare the worksite with a modification kit and another to install the new solar array.
NASA signed a modification to the ISS Vehicle Sustaining Engineering contract with Boeing to provide the six new solar arrays. Doing so provides the International Space Station with enough power to maintain normal operations and ensure adequate power for future opportunities in low-Earth orbit, whether for NASA and its international partners or commercial companies.
Source: NASA
Top image: Pixabay