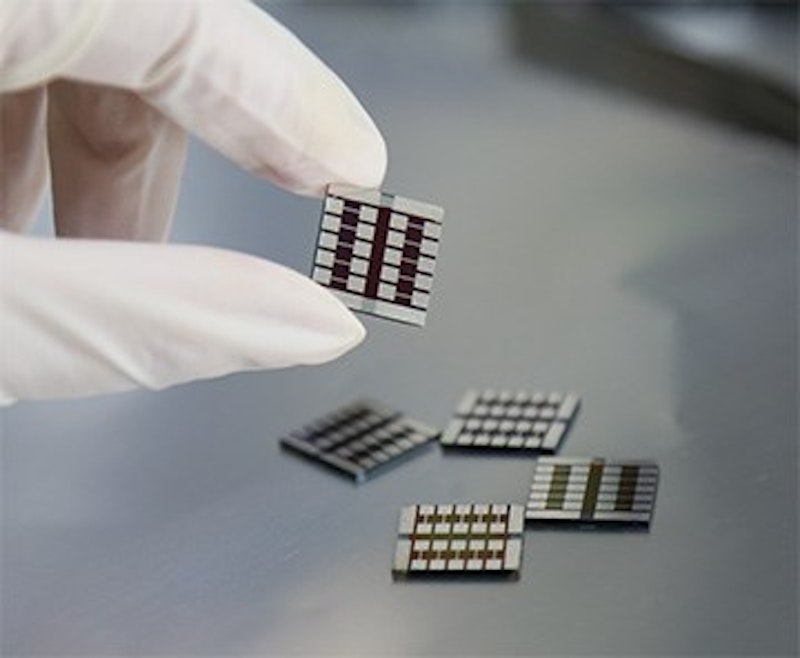 Researchers in China and Sweden believe they may have found a sustainable way to improve both the efficiency and stability of perovskite solar cells (PSCs), and the secret ingredient is a sprinkle of capsaicin, the same spicy compound that gives chili peppers their signature kick.
The problem with perovskites
Perovskite photovoltaics have made herculean strides as low-cost, efficient alternatives to their silicon counterparts—the power conversion efficiency (PCE) of PSCs has jumped from 3.8% in 2009 to 25.2% in just over a decade. However, despite rapidly climbing efficiencies, the promising solar-energy solution is plagued by stability issues and significant nonradiative-recombination losses that prevent the PSCs from reaching their full thermodynamic potential. For further information see the IDTechEx report on Perovskite Photovoltaics 2018-2028.
Nonradiative recombination is an electron-level process caused by defect states in the perovskite layer of PSCs. These defects interfere with electrons passing through so that energy is converted to heat, effectively lowering the efficiency of the solar cells.
Nonradiative-recombination losses can also occur due to unmatched energetics at the perovskite interface. Take, for example, a classic p-i-n structural PSC, in which a perovskite layer is sandwiched between an underlying anode (p-type semiconductor) and an electron transport layer (n-type semiconductor) on top. If the perovskite film preferentially features a p-type surface, it will cause nonradiative recombination across the interface with the electron transport layer. Manipulating the surface energetics, however, from intrinsic p- to n-type will better match the top electron transport layer, improving charge transport and thus device performance.
Limiting nonradiative-recombination losses by "electronically passivating perovskite bulk and interface defects and energetically modifying the interface," explains senior author Qinye Bao at East China Normal University, Shanghai, China, are therefore "highly critical issues to improve both efficiency and stability" of PSCs.
A spicy solution
Bao and his colleagues—including researchers from several other Chinese universities and Linkӧping University in Sweden—realized that the abundant, forest-based compound capsaicin had some interesting electronic, chemical, optical and stable properties that could be applied to this recombination problem. Indeed, they're not the first research group to notice the value of spicy compounds in optical materials. Just last year, a team in Mexico took advantage of antioxidant-rich habanero peppers, using them as stabilizing molecules during silver nanoparticle biosynthesis.
In this latest work, Bao's team theorized that the sustainable biomaterial additive would enable the surface energetics of the perovskite active layer to completely transform from p- to n-type character. "The resulting n-type perovskite surface will energetically enhance electron extraction at the upper contact with an electron transport layer, reducing the interfacial energy recombination loss," says Bao. "In addition, capsaicin can effectively passivate the defects of perovskites, hence suppressing defect-assisted recombination of the devices."
Boosting efficiency and stability
In experiments, the team fabricated a polycrystalline MAPbI3-based p-i-n PSC, adding 0.1 wt% capsaicin into the perovskite active layer. The device achieved a PCE of 21.88% and a fill factor of 83.81%—the highest reported values for this type of PSC to date, says Bao. Furthermore, the researchers write, the solar cell maintained more than 90% of its initial efficiency after 800 h of storage in ambient conditions, demonstrating enhanced stability. A control device fabricated without the additive demonstrated a PCE of 19.1% and lower stability.
Next, the researchers plan to focus on the relationship between the chemical structures of capsaicin, their interaction with photoactive materials and the corresponding photovoltaic performance, with the ultimate goal of further increasing PSC performance. The major remaining hurdle, says Bao, is stability suitable for commercialization.
Bao also stresses that using capsaicin as a PSC additive is a highly sustainable solution that could be applied to nontoxic lead-free perovskites in the future. "Our long-term vision," says Bao, "is to yield a fully 'green' perovskite technology with the application for state-of-the-art devices."
Source and top image: The Optical Society