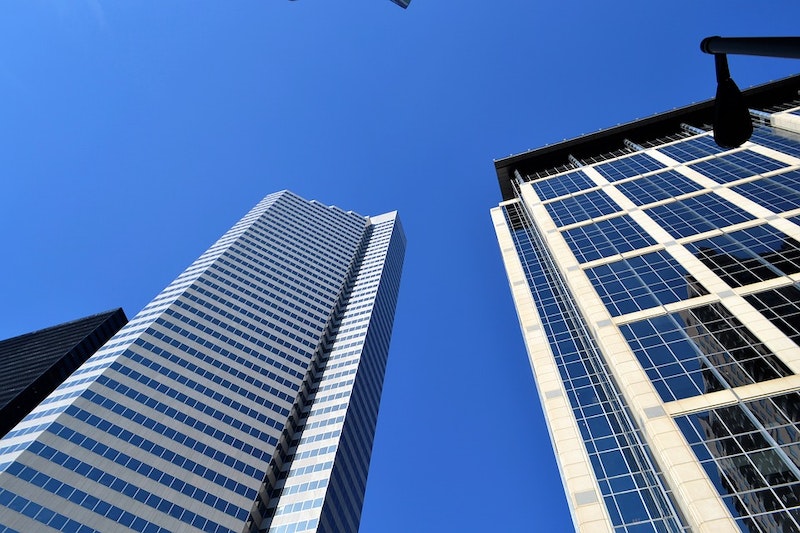 Transparent solar cells can be used in windows. But until now, they have either not been particularly effective or very transparent. A new project will change that. With a revolutionary concept, the EU project CITYSOLAR will make energy-producing, transparent windows, mainstream.
The EU project CITYSOLAR aims to revolutionise the market for transparent solar cells in windows. Project partners consist of some of the world's leading researchers in the field and some of the strongest industrial players in the market, and they have set themselves the ambitious goal of making the most efficient and transparent, power-producing windows, the world has ever seen. For further information see the IDTechEx report on Transparent Electronics Materials, Markets 2021-2041.
"We develop new innovative concepts within light management and solar module integration that are specifically targeted new promising organic and hybrid thin film PV technologies, and by that we go significantly beyond state-of-the-art in terms of efficiency for transparent photovoltaics. It's a revolutionary new concept," says Professor Aldo di Carlo, Cnr-Ism, who is coordinator of the new project and is thrilled about the support of "CITYSOLAR" from the H2020 framework.
The project can become a real game-changer in the green transition. In big cities, there are lots of buildings and high-rise buildings with large facades that have sun-shielding glass that prevents overheating and reflects the glare from the sun. The idea is that, instead of reflecting the sunlight back, it should be used to produce electricity. The windows will become small power plants and make the buildings energy-neutral.
The electrical power producing windows are simply called 'photovoltaic windows', and they are already on the market. However, the concept of transparent solar windows is not yet at a stage where they are mass produced. The problem is the two opposing forces: efficiency and transparency. The transparent PV windows have not been able to absorb enough energy to generate electricity in high enough quantities. Conversely, the productive windows have not been transparent enough. But, the CITYSOLAR project will change that.
"Organic solar cells have recently become very efficient in converting also the near-infrared part of the solar spectrum to electricity. We intend to combine that with new light management concepts, to develop tandem configuration solar cells with perovskites that exceed the limits for efficiency in PV windows, says professor wsr at SDU," said Morten Madsen.
Tandem solar cells combine the best of both worlds
The CITYSOLAR project will produce a tandem construction consisting of perovskite and organic solar cells. The mineral perovskite has proven to be not only ultra-cheap but also extremely efficient when it comes to converting the sun's rays into electricity, as well as when it comes to the ultraviolet part of the light spectrum.
Organic solar cells are in rapid development most of all because they have succeeded in improving their efficiency for the infrared part of the light spectrum. They consist of carbon-based materials in very thin plastic layers. The CITYSOLAR project's unique tandem solar cell concept combines a layer of organic solar cells with a thin film of perovskite.
The combination of organic solar cells and perovskite has the advantage that the two types can be adjusted to absorb different wavelengths of the sun's rays. The tandem solar cell therefore mainly harvests energy from the sun's infrared and ultraviolet rays, but not the visible light, which makes it possible to set new standards for efficiency in semi-transparent PV windows, which are commercially interesting.
Therefore, it is not only the intelligent minds from academia that are associated with the CITYSOLAR project but also strong, industrial actors. The project's partners, therefore, includes both SMEs and large international companies. The CITYSOLAR project will run for three years. The goal is to build a 100cm2 demonstration of the unique concept that is based on the tandem solar cells.
The CITYSOLAR project has received € 3,779,242 from the Horizon-2020 EU program. Over the next 33 years, urban areas around the world will have to provide space for another 2.5 billion people. Big cities account for 60-80% of the world's energy consumption and 75% of the planet's total CO2 emissions. Rapid urbanisation puts extra pressure on the development of new forms of renewable energy. Fortunately, the sun's rays send more energy down to us in just one hour than the world's population spends in an entire year. We are getting better and better at harnessing the energy of the sun. In this context, PV windows are an incredibly attractive solution, as they can produce energy exactly where it is needed, namely in the cities, while not damaging the aesthetic of the buildings. The European Commission has issued a directive that requires that all new buildings are to be close to energy neutral by 2023.
The efficiency of perovskite solar cells has undergone an explosive development in recent years and is today above 25%, which shows that the mineral can overthrow silicon as the preferred material for the manufacturing of solar cells. Organic solar cells have several unique properties that make them extremely attractive, which is why the technology is being intensively researched worldwide. They are environmentally friendly, flexible and transparent. And like perovskite solar cells, they are cheap to produce. Organic solar cells have lagged behind in terms of efficiency compared to conventional silicon solar cells, but last year alone, the upper limit for their ability to convert the sun's rays into energy was shifted several times via research breakthroughs and is now at over 18%.
Source: Syddansk University
Top image: Pixabay