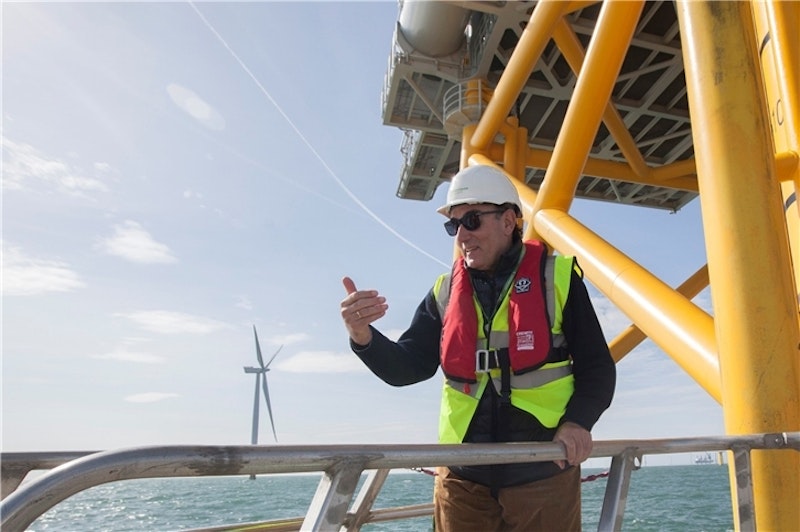 Iberdrola is planning what will be the first industrial scale floating offshore wind farm in Spain, to which it would allocate more than €1 billion of investment to commission 300 MW of clean energy off the Spanish coast. The project represents an opportunity to develop the country's supply chain and establish Spanish industry as an international benchmark. It has been submitted to the Next Generation EU programme and is aligned with the pillars of the Spanish government's Recovery, Transformation and Resilience Plan.
The renewable facility would become a driver of the country's industrialisation and job creation. The study, design and engineering could begin this year and it could generate more than 2,800 jobs per year until it becomes operational in 2026. The scheme would require the participation of 66 Spanish companies and technology centres, including 52 SMEs. In the short term, the initiative could generate between 1,000 and 2,000 jobs during 2021-2022, before the start of the construction phase, For further information see the IDTechEx report on Energy Harvesting Microwatt to Gigawatt: Opportunities 2020-2040.
The project would also contribute to the fight against climate change, with 202,500 tonnes of carbon emissions saved per year.
This innovative and pioneering project would spearhead the development of up to 2,000 MW of floating offshore wind projects identified by the company off the coasts of Galicia, Andalusia and the Canary Islands. The project is one of 150 initiatives submitted by the company to the Next Generation EU programme - in the fields of heat electrification, floating offshore, sustainable mobility, green hydrogen, innovative renewables, smart grids, circular economy and energy storage - that would mobilise investments of €21 billion and involve hundreds of small and medium-sized enterprises.
The developments will contribute to the green and digital transition established by the European Union and are aligned with the Spanish Government's Recovery, Transformation and Resilience Plan. In addition, Iberdrola is deploying an investment plan of €14.3 billion by 2025 in Spain, as part of a growth strategy that will lead it to invest €75 billion worldwide.
Source and top image: Iberdrola