Dorset Brewery Powers Through Lockdown and Beyond 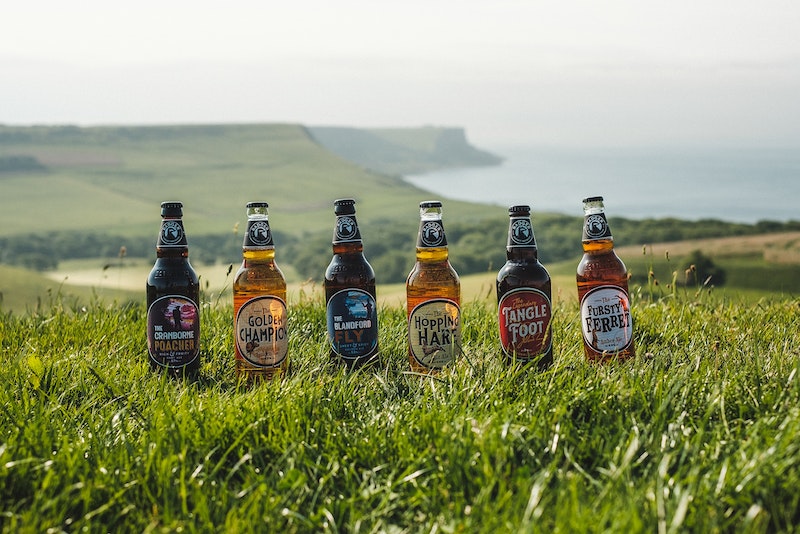 While pubs were closed across the UK, thousands of litres of beer which had already been brewed went past its expiry date - meaning that in many instances, it was simply poured away. But independent regional brewer, Hall & Woodhouse, found a more sustainable solution for what do with the unsold beer. Thanks to the brewery's green energy focus, the returned products helped create enough electricity to power nearly 17,000 average homes for a day - or around 46 homes for one whole year.*
Toby Heasman, Hall & Woodhouse Head Brewer, said: "Although lockdown meant that many of our pubs had to return unsold beer back to the brewery, the silver lining has been that none of this has gone to waste. Thanks to our wastewater treatment plant, all of the returned beer has been used to generate green electricity."
In addition to its estate of 180 high-quality pubs across the south of England, family-owned and run Hall & Woodhouse brews its award-winning Badger Ales. While pubs were closed, Badger fans turned to supermarkets to buy their favourite beers, leading to a boom in sales. The increase in demand for Badger Ales through supermarkets and stockists also served to boost the amount of green electricity produced by the brewery, as all wastewater created during the brewing process is also processed through the sustainable electricity generators. For further information see the IDTechEx report on Energy Harvesting Microwatt to Gigawatt: Opportunities 2020-2040.
Toby explained: "Brewing is a highly energy-intensive process, so as far back as 2015, we started to look at ways we could incorporate more green energy into the way we work. The decision was made to make sustainable energy production an integral part of our new brewery, which came into operation in 2017. In addition to solar (PV) panels, we installed a wastewater treatment plant, which creates biogas. The biogas is fed through a unit which generates electricity to power our packaging lines and utilities. Heat produced by the combined heat and power (CHP) engine is used to preheat the boiler feed water, which in turn produces steam to boil the beer."
Hall & Woodhouse, which has been based at its historic headquarters in Blandford Forum, Dorset, since 1900, sets a monthly target for the use of self-generated electricity- and sees green energy production as just one part of its longer-term objective to become carbon neutral.
Matt Kearsey, Managing Director of Hall & Woodhouse, said: "As an independent family-owned brewer with a heritage stretching back nearly 250 years, innovating with new technologies and ways of working has been central to our continuing success. I'm pleased to say that we are continuing to look at new ways of maximising the creation of green energy to help conserve resources. We have a responsibility to operate consciously, and to take continual steps to improve sustainability, as part of ensuring that as a business we thrive for generations to come."
Hall & Woodhouse reopened 19 of its Managed pubs in six different regions for outdoor dining on Wednesday, April 14, following the lifting of government restrictions. In total, across both the Managed and Business Partner (tenanted) estate, there are currently over 100 pubs open for outdoor hospitality. The company will begin the phased re-opening of the rest of its Managed House estate across the south from week commencing Monday, May 17, in line with the government's roadmap.
For a full list of Hall & Woodhouse's pubs across the south, please visit www.hall-woodhouse.co.uk/our-pubs.
*Calculated electricity generation through Hall & Woodhouse's PV panels & WPP CHP generation: 173, 191 kWh per year
Hall & Woodhouse is an independent Dorset family company that brews award winning Badger Ales and runs an estate of high-quality pubs in the south of England. The company was founded in 1777 by Charles Hall, a Dorset farmer, who opened a Brewery in the village of Ansty. More than 60 years on, his son Robert (who inherited the brewery) brought Edward Woodhouse into the business as his commercial partner. Edward fell in love with, and married, Charles Hall's grand-daughter - Hannah Dodge. Hall & Woodhouse was born. Family owned with Anthony Woodhouse and Mark Woodhouse as the current seventh generation stewards, the business is proud to be a leading independent regional brewer, with an established estate of 180 beautiful pubs across the south of England. Hall & Woodhouse is a values-led business where its team are at the heart of everything it aspires to. Please visit www.hall-woodhouse.co.uk