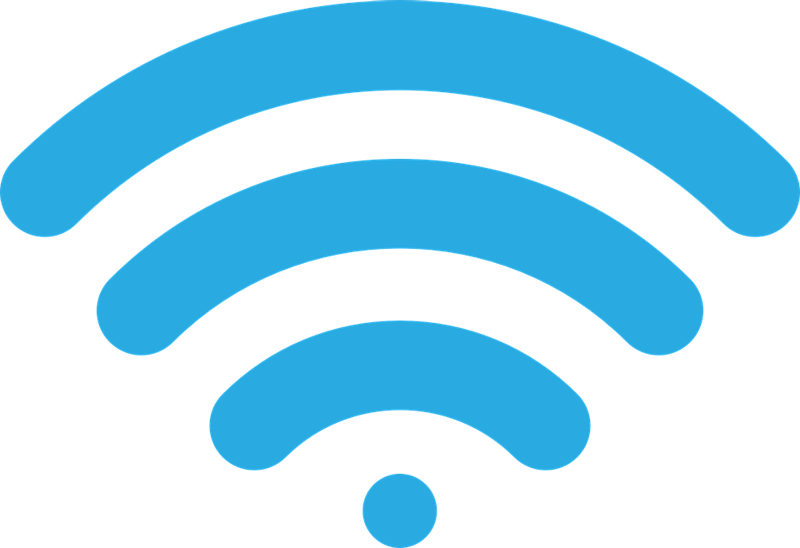 Researchers at the National University of Singapore (NUS) and Tohoku University have demonstrated that an array of electrically connected spintronic devices can harvest a 2.4 GHz wireless signal, which can be used to power and charge small electronic devices and sensors.
The researchers from NUS and Tohoku University have successfully synchronized the four electrically connected magnetic tunnel junction (MTJ), for the signal transmission at 2.4 GHz. Furthermore, the eight MTJs array was integrated with the conventional battery-free electronics to harvest a wireless signal of 2.4 GHz to a DC signal, which is used to power light emitting diodes (LED). For further information see the IDTechEx report on Energy Harvesting Microwatt to Gigawatt: Opportunities 2020-2040.
"This breakthrough has proven the potential of an on-chip array of the MTJs towards high-frequency applications such as wireless transmission and energy harvesting," said Professor Hyunsoo Yang of NUS, who spearheaded the project.
With the increase of Wi-Fi sources everywhere in smart cities, the radio-frequency signal primarily at 2.4 GHz becomes an abundant source of energy harvesting. The radio-frequency energy harvester captures electromagnetic waves from the wireless sources and converts them into a usable DC signal, which can be utilized for wireless charging and self-sustained smart wireless sensors.
MTJs, a representative functional device of spintronics exploiting the spin degree of freedom of electrons, has already had an enormous impact on magnetic sensors and computing memories. The MTJ is expected to find application in wireless communication systems in the form of radio-frequency generation and high-frequency rectification. However, the commercial viability of high-frequency MTJs is hindered due to a typically low output power (nW) and broad linewidth (MHz). Mutual synchronization of multiple MTJs is one way to overcome this problem. However, an effective pathway to synchronize the MTJs at the Wi-Fi bandwidth has not been clear until now.
The researchers overcame this challenge by developing MTJs with canted anisotropy that can be electrically synchronized at a GHz-range using a single DC source. The MTJs were fabricated by Shunsuke Fukami's team at Tohoku University and the integration and measurement were performed by Hyunsoo Yang's team at the NUS. They found an efficient scheme to convert rf signal to DC at zero bias and zero magnetic field. Using this advantage, the rectified response of eight connected STOs in series is integrated with the conventional battery-free electronics to light up a 1.6 V LED.
This work opens a new avenue to realize wireless and battery-free sensors and processors. Enhancing the MTJ performance and increasing the number of MTJs are expected to make this technology useful in the new paradigm of IoT societies, where many more "things" can communicate via the Internet. 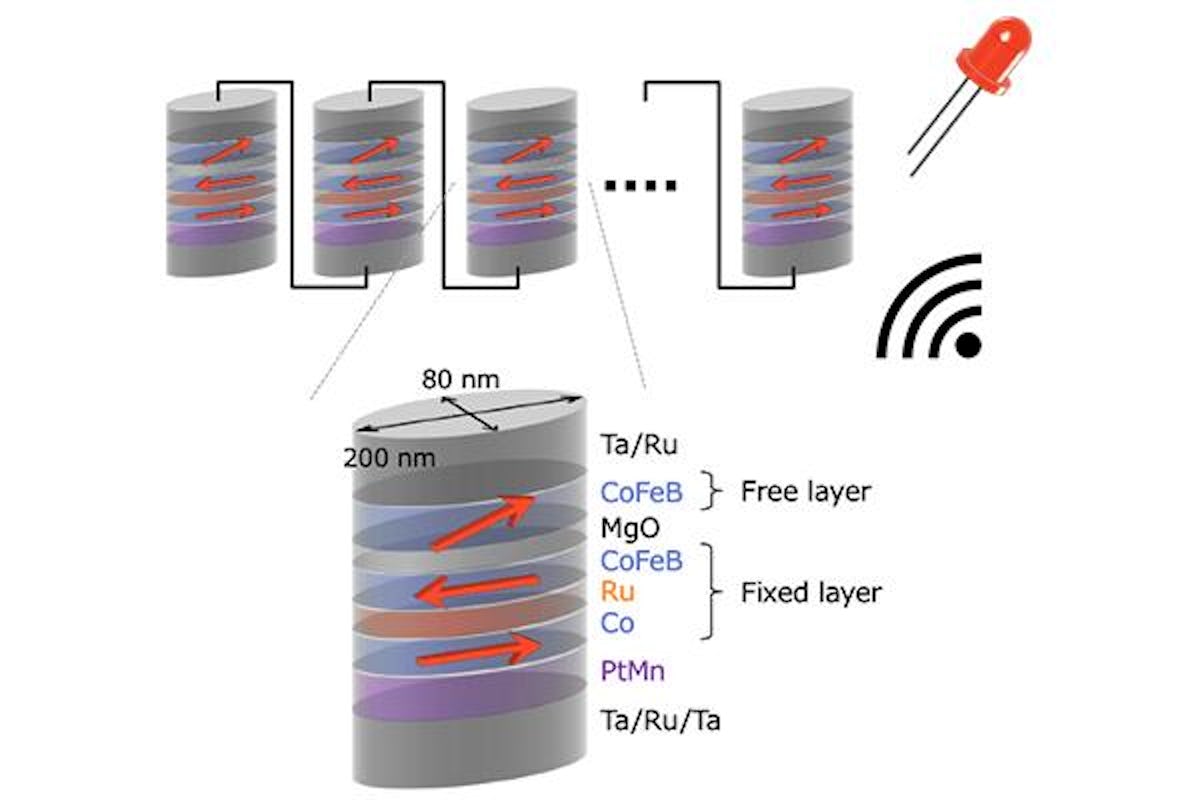